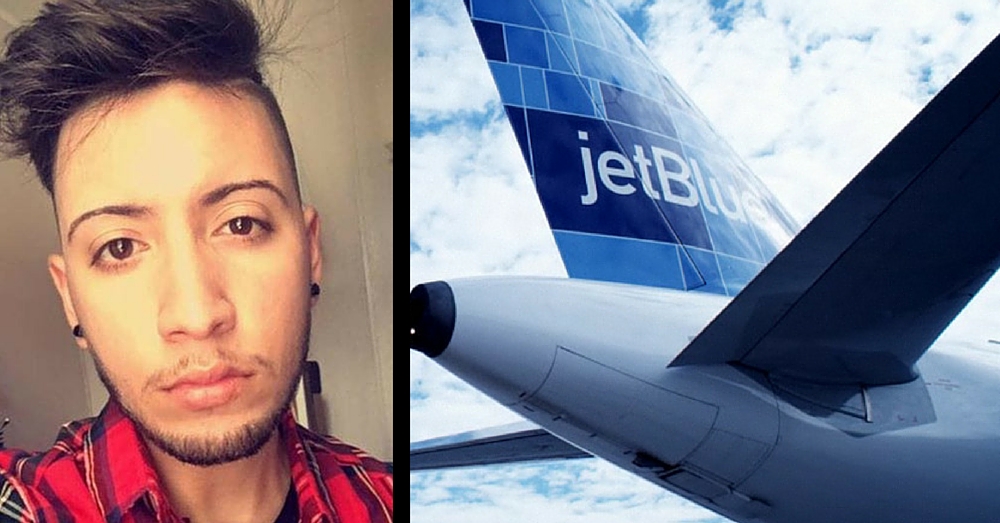 When Kelly Davis Karas went to her job as a JetBlue flight attendant on Tuesday, she had no idea what that day would hold for her.

Before the flight to Orlando, she found out that one of her passengers was the grandmother of one of the victims of the Orlando shooting, Luis Omar Ocasio-Capo. She was headed down to Orlando to be with her family during this difficult time.

Kelly and her fellow flight attendant, Melinda, did what they could to help the woman and show their support.

“Melinda stood quietly by her wheelchair while we waited until it was time to board,” Kelly wrote. “Kellie, the gate agent, boarded with her and helped get her settled. Melinda and I gave her a blanket, a pillow, a box of tissues and water so she could be as comfortable as possible. She was understandably distraught, but met us with kindness and gentleness. And gratitude.”

While they were on the flight, Kelly came up with an idea to have the other passengers on the plane sign a piece of paper to give the woman tangible evidence of their support. They started it in the back of the plane while they were serving drinks.

About halfway through the beverage service, Melinda called Kelly. “Kel,” she said, “I think you should start another paper from the front. Folks are writing PARAGRAPHS.”

They handed out a couple more sheets of paper to pass along the rows and ended up having to give out individual slips of paper to the remaining passengers so they could write their notes before the plane landed.

“When we gathered them together to present them to her, we didn’t have just a sheet of paper covered in names, which is what I had envisioned,” Kelly wrote. “Instead, we had page after page after page after page of long messages offering condolences, peace, love and support. There were even a couple of cash donations, and more than a few tears.”

As the plane landed, they held a moment of silence in Omar’s memory. Then, as the passengers began to deplane, something happened that left even this seasoned flight attendant stunned.

“As we deplaned, EVERY SINGLE PERSON STOPPED TO OFFER HER THEIR CONDOLENCES,” Kelly said. “Some just said they were sorry, some touched her hand, some hugged her, some cried with her. But every single person stopped to speak to her, and not a single person was impatient at the slower deplaning process.

“I am moved to tears yet again as I struggle to put our experience into words. In spite of a few hateful, broken human beings in this world who can all too easily legally get their hands on mass assault weapons – people ARE kind. People DO care. And through our customers’ humanity today, and through the generosity of this wonderful company I am so grateful to work for, I am hopeful that someday soon we can rally together to make the world a safer place for all.”

Were you touched by the compassion these strangers showed this grieving grandmother? So share this!