Age 3 Boy Wakes Up With Awful Rash All Over Body, Then Doctors Tell Mom Horrifying Truth 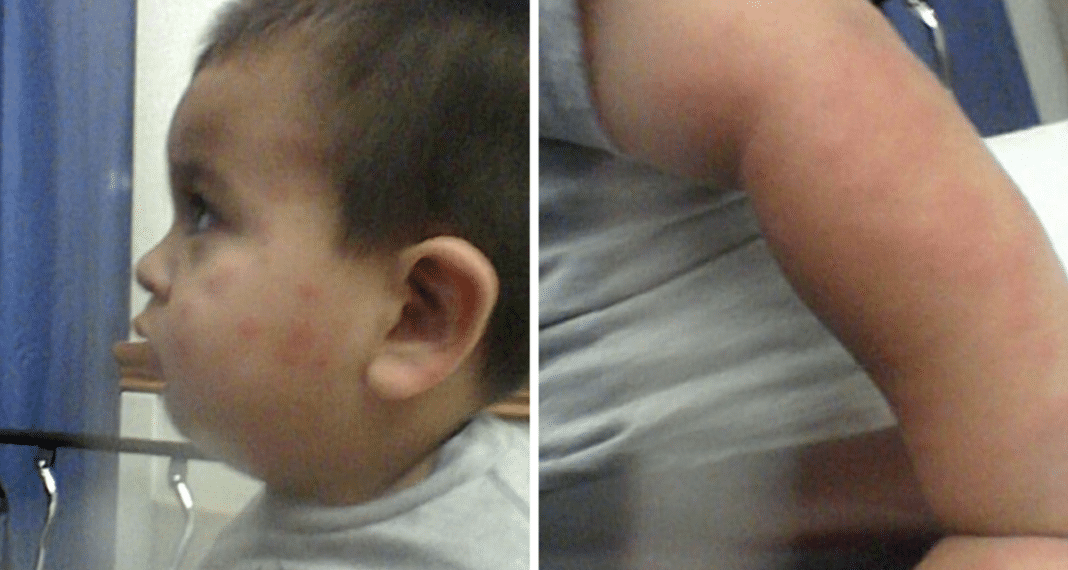 Parents will do anything to protect their children. There are instances though when their hands are tied, and frustration and emotions rule the day. One family endured four months of hell in 2012. They suffered a bedbug infestation so horrific; it left a 3-year-old little boy’s body covered with scars. The Martinez family of Southern California has been awarded $1.6 million for the emotional turmoil and physical agony they suffered.

The Martinez family moved into the Kahala Islander Apartments in Inglewood,  California in 2010. In July of 2012, Liliana Martinez discovered mysterious rashes all over the bodies of her infant daughter, Juanita Maravilla, and Jorge Maravilla, who was just three at the time. The rashes ached so much; Jorge scratched them until he bled.

“They never seemed to heal because Jorge would scratch and he would bleed out again. It was hard for him not to scratch,” Liliana, 34, tells PEOPLE. “He was only three years old, so he didn’t know. Even though I told him not to scratch, when we would turn around, he would be scratching. He always had bloody arms and bloody legs.”

The outbreaks weren’t healing on their own, so the worried mother took her children to a local emergency room. Doctors there said the rashes were caused by insect bites of unknown origin. After turning their home upside down, the family found they had a massive infestation of bedbugs.

“I hardly slept, just to try to protect my children to check if they have anything crawling on them,” Liliana says. “It was exhausting.”

Lawyers for the management company, Westland Industries and the owners of the apartment complex, Amusement Six Apartments LLC didn’t provide comment. But what follows is an alleged recollection of mismanagement of the situation; this initially led to the Martinez family filing a civil suit and six years later, a jury ruling for the family to receive the largest settlement involving bedbugs in the country.

After contacting the building management, the family was told to throw out all their belongings. The Environmental Protection Agency only recommends keeping salvageable furniture during this period. “That was devastating. My husband was the only one working, so to throw away our stuff was heartbreaking, and I was so angry all his hard work was just going to the trash,” Liliana says, adding they were left without a crib for their newborn. “We couldn’t afford to go anywhere else. We didn’t have furniture so we had to hope that they would help us with our problem.”

A week after they reported the incident, management arranged for their apartment to be fumigated. They were forced to sleep on the chemical-covered living room vacuumed carpet where bedbugs feasted on them while they slept. It took another three months for the management to replace their carpet. This rid the family of the bedbugs. But Liliana and her children would be left with traumatic and painful memories of those nightmarish weeks.

Jorge, now 8, is left with his discolored scars. “The scars always bring me back to that day, and it makes me angry because if they would have helped us sooner, he wouldn’t be suffering so much,” Liliana says. “He asks me if the scars will ever go away, and that’s what breaks my heart. I don’t know what to answer him. I really don’t know what to  answer to him; I just tell him they will go away one day.”

In their ruling, the jury designated $880,000 for Jorge’s care. “A lot of this had to do with emotional distress that the family suffered,” Brian Virag,  the family’s attorney, tells PEOPLE. “The sleeplessness, the anxiety, humiliation, shame. It affected all parts of their life. There was a number of injuries they sustained, as well as severe emotional distress that they endured.”

Virag specializes in bed bug litigation. He hopes this ruling will be a wakeup call for landlords and how they respond to their tenants. He expects they will be proactive rather than reactive. “The family still has significant emotional distress, especially related to the fact that their son is scarred up,” Virag adds. “Every day is a constant reminder of what they went through.”

Liliana is glad this ordeal is over, but she and her family will never forget it. They will always remember those four months and the hell they experienced. They’ve since moved to South Los Angeles; they intend on using the money to find treatment for Jorge’s scars.

“I thought I could do anything to protect my children, but this is something that was out of my hands already,” she says. “I just felt like I failed them as a mom because as a parent, you’re supposed to protect your children. I couldn’t protect him from this.”