Panther Creeps Up Behind Unsuspecting Man. When It Goes To Pounce…Gasp! 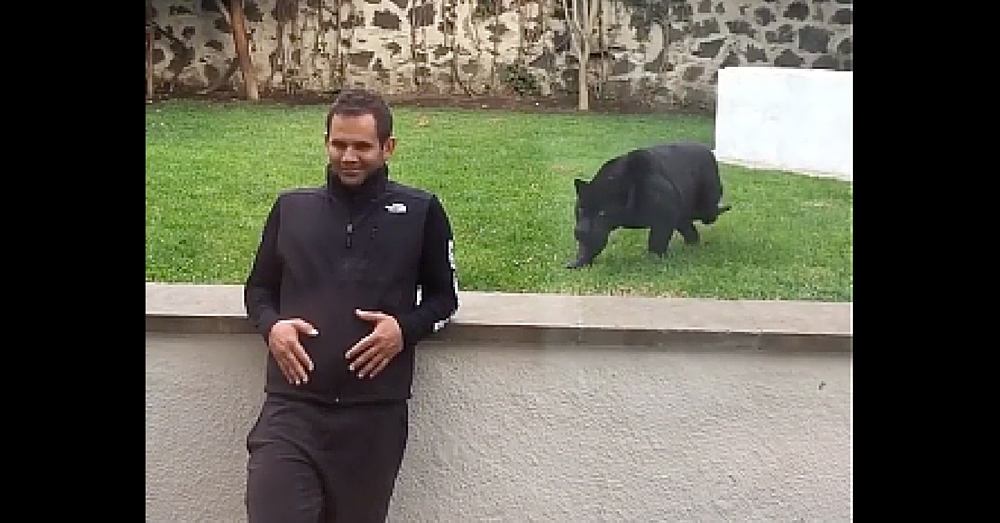 At first glance, it seems like this video could only end one way – badly. But there is a twist at the end that you’ll never see coming!

This video, going viral on Facebook, shows a panther quietly stalking a man who is unaware of what’s going on behind him. Suddenly, the man turns and the panther lunges, but the outcome is very different than what you would expect. Click below to see it for yourself:

It turns out that the man in the video, Eduardo Serio, is actually this panther’s rescuer!

This panther, named Kal-El after Superman’s birth name, loves his rescuer and just wanted to play.

Bofo Farias Gonzales, who shot the video, is an employee of the foundation and knew Eduardo and Kal-El were friends, so he didn’t give Eduardo any warning that the panther was sneaking up behind him, resulting in this heart-stopping video.

Were you surprised by the outcome of this video? So share this!