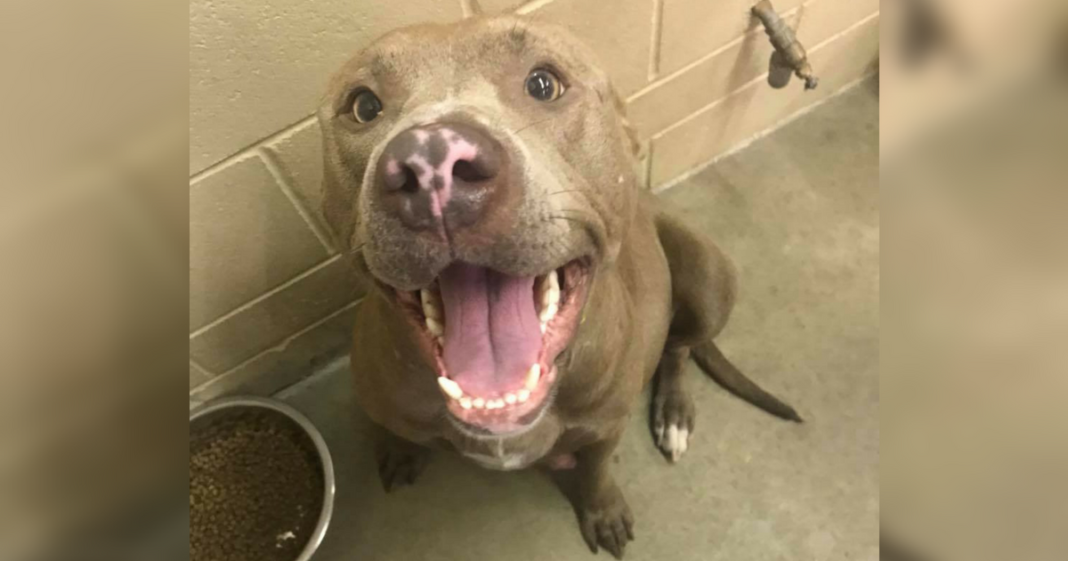 The American Pit Bull Terrier is the most misunderstood dog breed in the country. According to NBC NY, of the 3.3 million dogs surrendered to shelters each year, the pit bull is the breed that is most commonly found in these facilities. Save A Bull Rescue says 93% of pit bulls are euthanized. Approximately 75% of municipal shelters kill them upon intake. And, if offered for adoption, they are the first to be destroyed when shelters become overcrowded.

Because of their popularity, you’d think these dogs would find their way into loving homes. they are the top breed bred in the country. Pit bulls are used for dogfighting. Through no fault of their own, they are subjected to breed-specific laws; they’re even banned from being kept in specific locations. 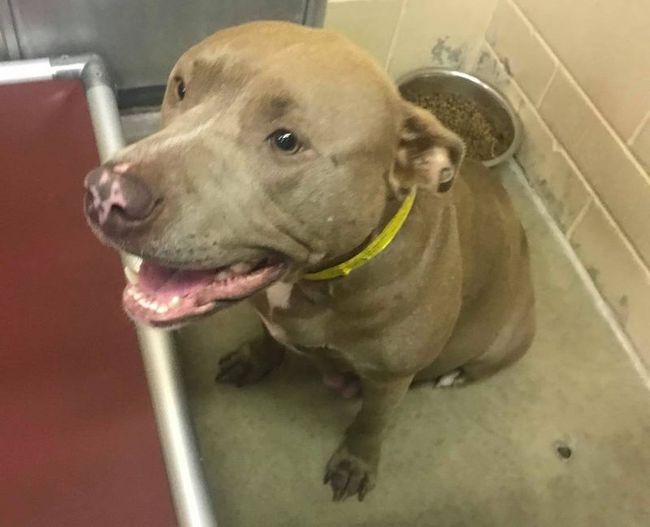 Social media is a powerful tool. Dacia Anderson volunteered at a local shelter. Like many around the country, she wants to give the voiceless pit bull a voice. She shared a firsthand experience where she witnessed the unnecessary euthanasia of a pregnant pit bull.

She was helping an Amarillo-Panhandle Human Society employee complete a walk-through of the Amarillo Animal Management and Welfare’ facility. They encountered a pregnant pit bull labeled merely “G7.”

G7 had been surrendered by her owners the previous day for supposedly being aggressive. Anderson stated she was friendly and jumped on her for support and comfort. Later, the volunteer witnessed the pit bull go into labor and birth a puppy. There was no whelping box present.

Instead of bringing a whelping box to assist G7, she was euthanized while still giving birth.

“Her last moments, while she lay dying, were spent still trying to clean her newly birthed puppies. Their words, not mine,” Anderson wrote in her Facebook post.

Her newborn puppies were also put down.

“I am aware that euthanasia is a reality at the shelter. I am well aware of the overpopulation problems. I am also well aware that AMW has to make hard decisions. However, I feel that this action is the exact opposite of a what “the most humane community in the Panhandle of Texas” would do,” Anderson continued to write in her post. “This act was horrific. If this is acceptable to the leadership of the shelter, then what is out of bounds?”

Havens said G7 was destroyed because her owners surrendered her for being aggressive. However, Anderson told local television station KAMR G7 had none of the markers on her kennel marking her as aggressive. Furthermore, she stated she never witnessed G7 acting out with hostility. 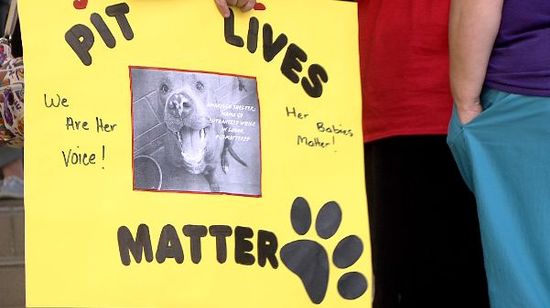 Since this terrible day in May, Anderson has since stopped volunteering at the shelter. She advises if you want to bring a dog into your home, consider rescuing a shelter dog before shopping elsewhere. You could save the life of a pit bull like G7.

We have to agree. Miscommunication happens. This could be understood if the shelter had perhaps taken better care and time to observe the pregnant pit bull. Education and advocacy are the necessary tools to facilitate change. I applaud Ms. Anderson for having the courage to share her painful experience.