Orlando Shooting Victim Asks To Meet Man Who Saved Him. What Happens Next Had Me In Tears 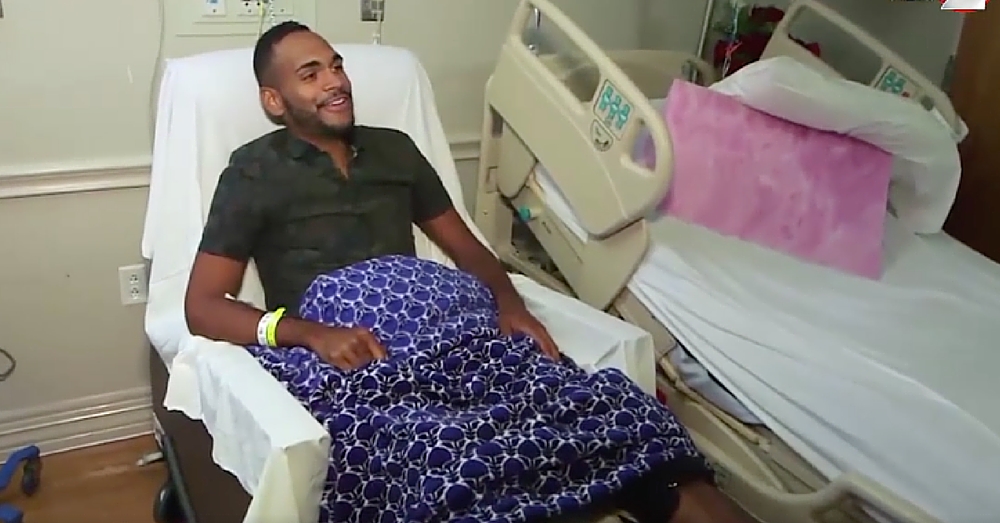 Angel Colon didn’t think he would live to see another day. He had been dancing with friends at Pulse nightclub in Orlando and was about to leave when he heard gunfire.

“All I could hear was the shotgun, one after another,” he said. “People screaming, people running for help.”

He was shot three times in the leg and fell to the floor where he was then trampled by frantic people trying to escape. “I tried to get back up,” he said, “but everyone started running everywhere, and I got trampled over. I shattered and broke my bones on my left leg.”

When the gunman left the room Angel thought the nightmare was over, but he soon came back in. “I hear him come back, and he’s shooting everyone dead on the floor, making sure they’re dead,” Angel said. “I was able to see him shooting at everyone. I can hear the [shots getting] closer, and I look over, and he shoots the girl next to me.”

Angel lay on the floor in the midst of the carnage, thinking he would probably bleed out and die where he lay.

That’s when a police officer walked in and yelled, “Who is alive?” Angel made eye contact with him and the officer came over to help.

“The only way I can get you out of here is if I just grab your hands and I run,” the officer said. Angel asked if he could carry him, but the officer told him he had to get him out quickly and that would be the fastest way.

“Let’s go,” Angel told him, and the officer grabbed him and dragged him across the floor. Glass littered the ground and Angel received cuts all along his body, but he was safe.

Thankfully Angel is now on the road to recovery.

He couldn’t remember the name or face of the officer who saved his life, but expressed his desire to meet him, saying, “I wish that I could meet him so I could hug him.”

On Thursday, his wish came true.

Eatonville Police Officer Omar Delgado, the officer who dragged Angel out of the club that night, paid a visit to Angel’s hospital room.

“My name is Officer Omar Delgado,” he said. “I’m one of the ones that helped you get out of harm’s way. I need a big hug.”

“I was so happy,” Colon said of meeting Delgado. “I’ve been wanting to see the man that took me out of that horrible place.”

“Seeing him again in a different environment, in a happy place, it is awesome,” he added.

“You only get one life,” Delgado said. “I’m glad now that he can be with his family and continue living his life.”

Were you moved by this touching reunion? So share this!