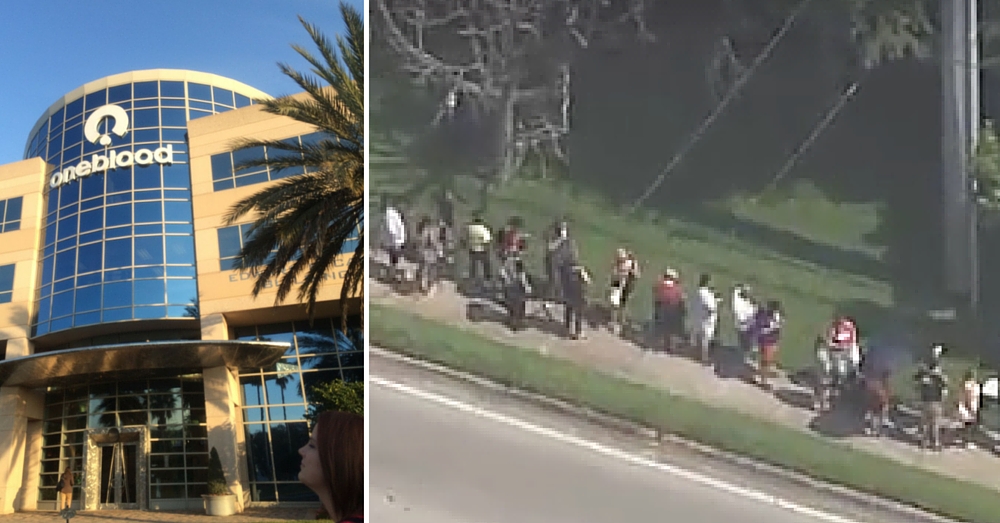 After the tragic shooting in Orlando that left at least 49 dead and 53 wounded, Florida blood bank OneBlood put out an urgent call asking people to donate blood for the victims. They said they especially needed O+ and O- blood and AB plasma and asked the public to step up and donate, but they never could have anticipated the response they would receive.

Starting early Sunday morning at locations around the area, people began lining up by the hundreds, eager to do what they could to help in the wake of such a horrific tragedy, even if that meant standing in the hot sun for hours waiting their turn.

“It’s pretty amazing to see the community support,” said Grace Howard, 24. “This is my city. It’s the City Beautiful … What else can I do? This is a huge tragedy for our city.”

The blood banks were blown away by the community’s response to the need. “I’ve been here 13 years and never seen a response like this,” said OneBlood spokesman Pat Michaels.

The response was so great that the blood banks actually had to start turning people away, asking them to make an appointment to come back in the following days. Michaels said they will need continuing donations in the coming days and weeks.

Were you blown away by the community’s response to the call for blood? So share this!