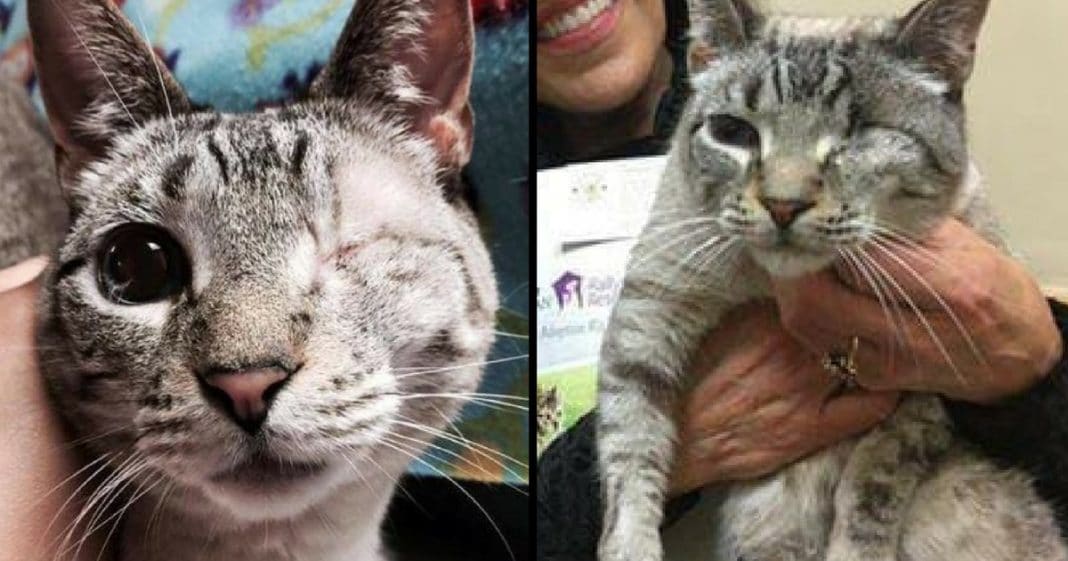 The Story of Appolo the cat is heartbreaking. 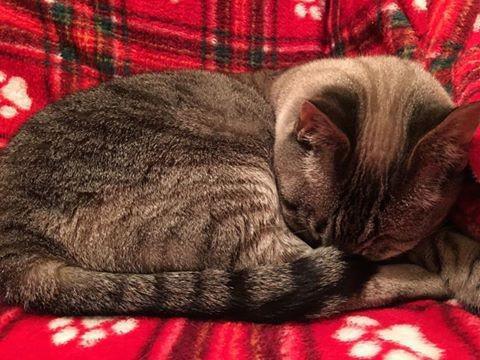 This beautiful feline had already found his one-and-only. He had a loving human, who had raised Appolo since he was a kitten and gave him all the care he needed. The cat and his former owner probably figured they would grow old together. But unfortunately, the man had to move into a nursing home. 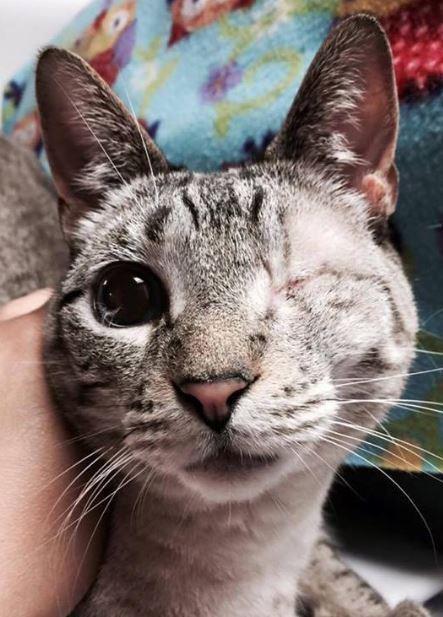 No one would take the cat, so he was surrendered to a Michigan animal shelter.

That’s where the heartbroken cat started to come apart. Appolo got a severe infection which eventually cost him his left eye, making him “ugly.” 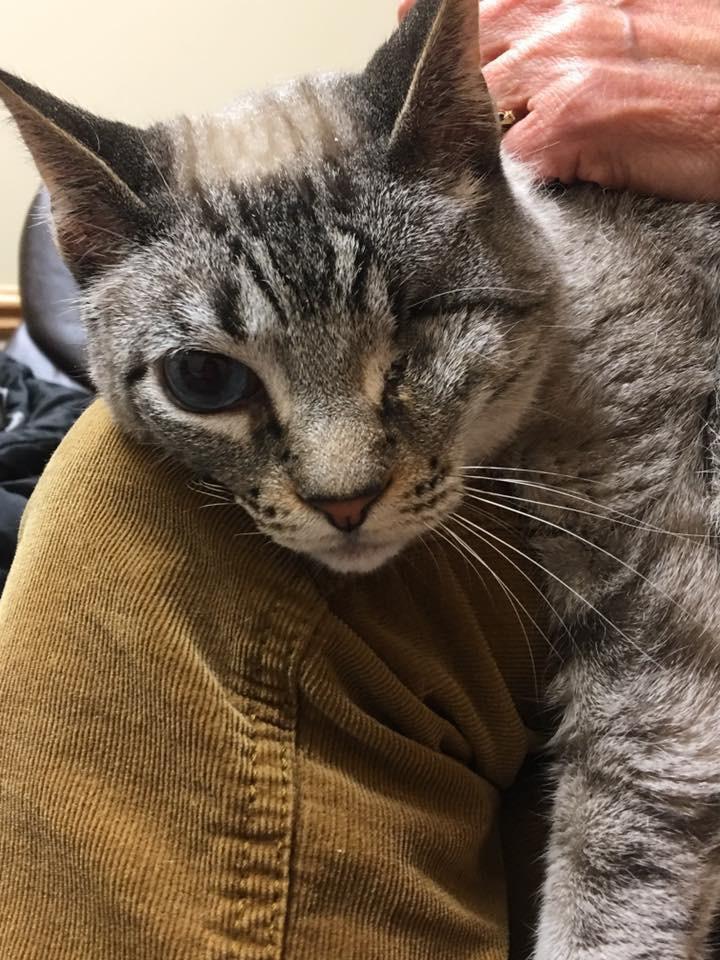 Moreover, Appolo is a senior cat. So he obviously wasn’t the stuff that adoption dreams are made of. 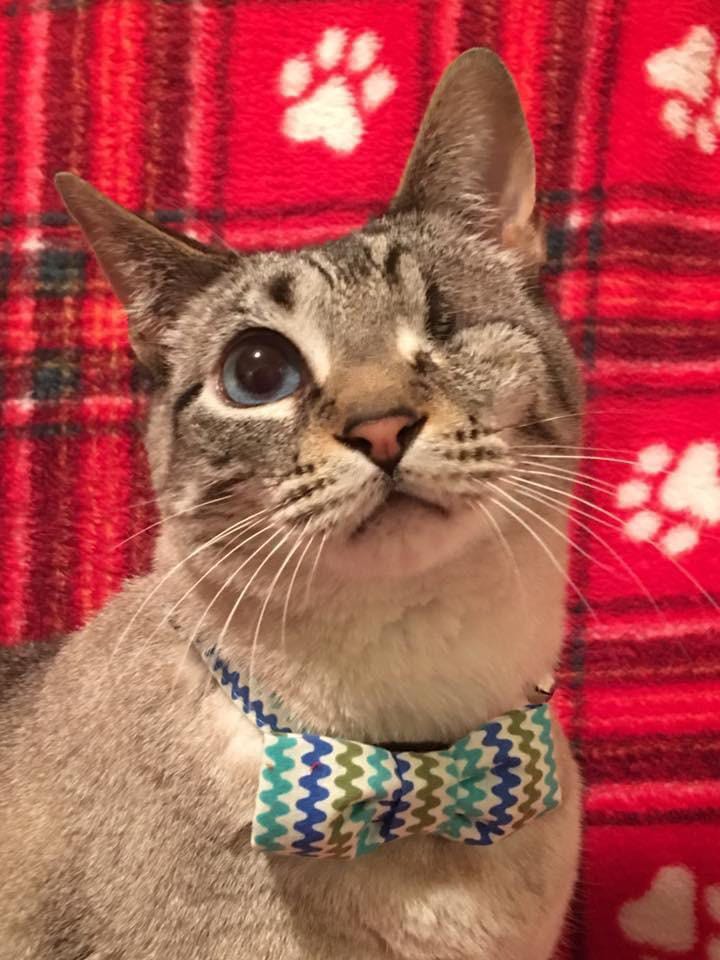 Luckily for Appolo, a very kind woman named Nancy Hutchinson happened to find him and pullout of a kill shelter. She still cries when she recalls the adoption application she received for this special kitty:

“After two years, this is the one,” she tells. “I was just so overwhelmed with emotions. I’m crying now. I love that cat.” Nancy happened to be the president of the cat shelter. 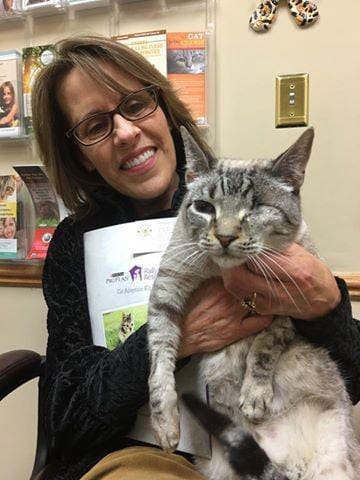 “I just happened to go into the shelter that day just to look around, and I saw this beautiful cat sitting there,” she recalls. “He had been there for a while. Probably a good two months. It’s a high-kill shelter, and they felt sorry for him so they didn’t put him down yet — they kind of kept him longer to give him extra time.” 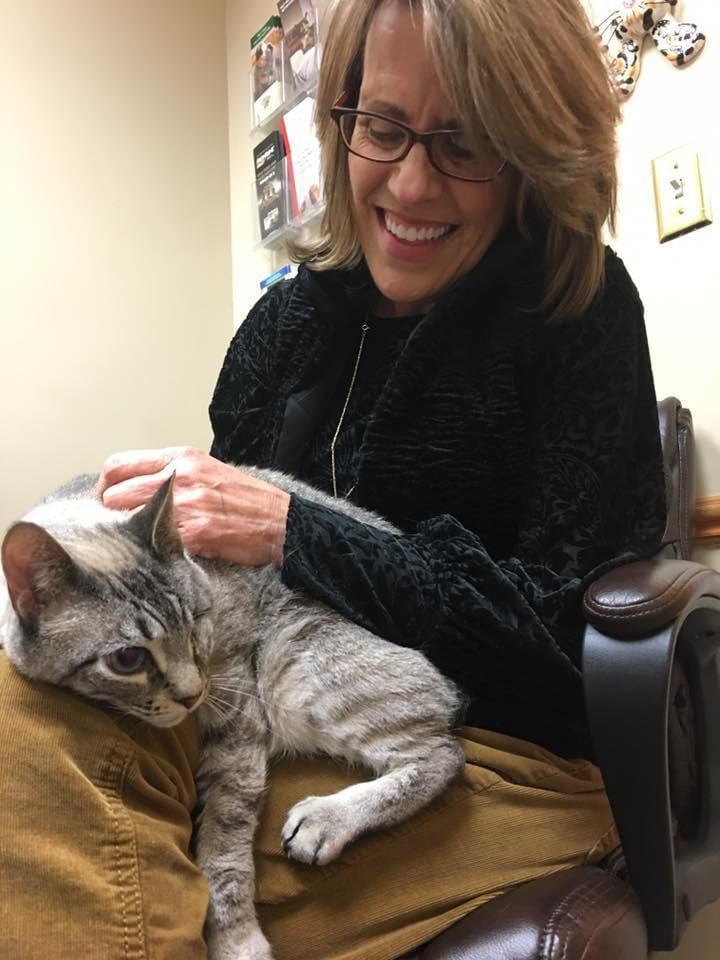 Nancy Hutchinson fostered Appolo and did her best to find him the right home. After she had shared a plea on social media, a fresh wave of adoption applications came in.

“We’re very selective about who we give our cats to,” Hutchington says. “We want to make sure they stay indoors and go to a nice family who’s going to take care of them. Otherwise, we do all this for nothing.”

Finally, Hutchington found the right application. It was from a woman named Denise, who lived alone in Michigan. 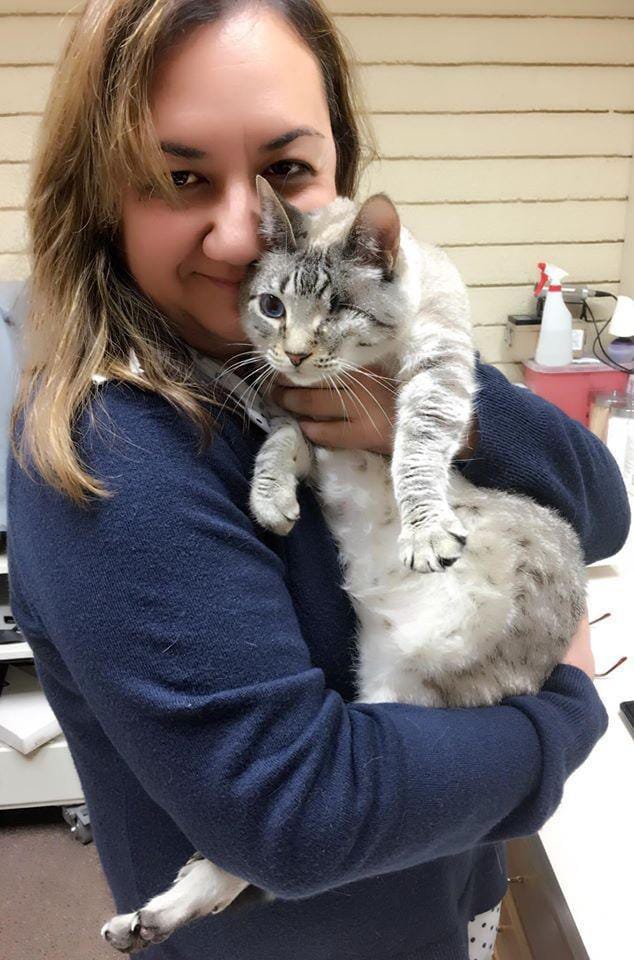 “I don’t know what it was, but I just started crying and thought, ‘This is the one,’” she says. “I called her and said, ‘We’ve been waiting for you for so long to come along.’ We both started crying.”