‘Olympic Spirit’ Runners Lose Chance For Gold, But Win Something Even Greater 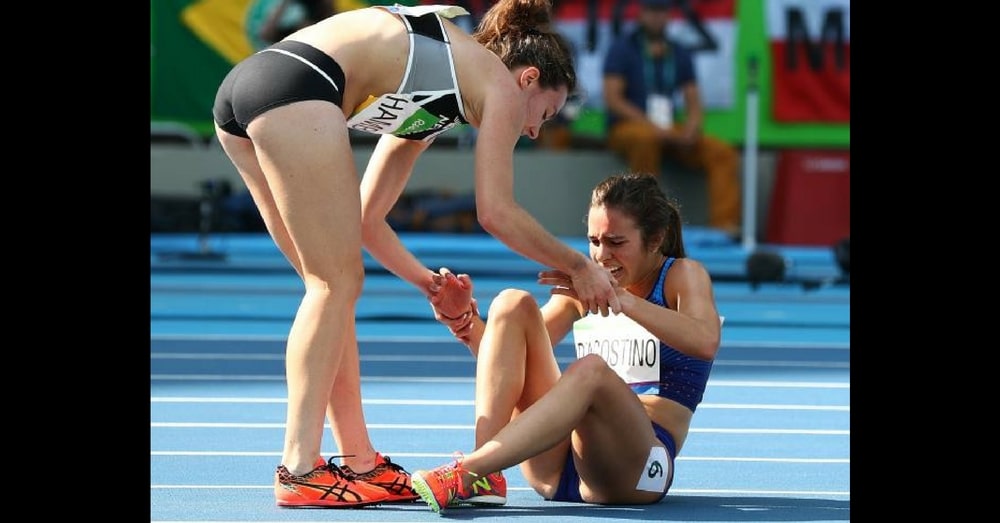 The world watched in agony as runners Abbey D’Agostino and Nikki Hamblin tripped over each other in the women’s 5,000 meter semi-final race, ending their chance at a medal. But it was what these ladies did after they fell that really captured our hearts. The two of them helped each other up and, when it became clear that D’Agostino was injured, Hamblin walked with her toward the finish line.

Though they didn’t win gold, silver, or bronze, these special ladies are still going home with medals. The International Olympic Committee (IOC) awarded D’Agostino and Hamblin the Pierre de Coubertin medal for sportsmanship. Only 17 have ever previously been awarded.

The IOC noted in a statement that “The D’Agostino and Hamblin story is one of humanity and sacrifice which has already captured the hearts of people across the globe.”

“Winning this award is overwhelming,” Hamblin said. “I am proud [of] what we did and truly believe that you can be both a competitor and kind and responsive at the same time. Everyone comes here to compete but there are a lot of people who don’t achieve that and the journey is really important too. That was one of those journeys and it has gone on to be one of the most important moments of my life.”

Were you impressed by the sportsmanship displayed by these two runners? So share this!