This Olympian Trained Himself To Be A Champion…By Watching YouTube! 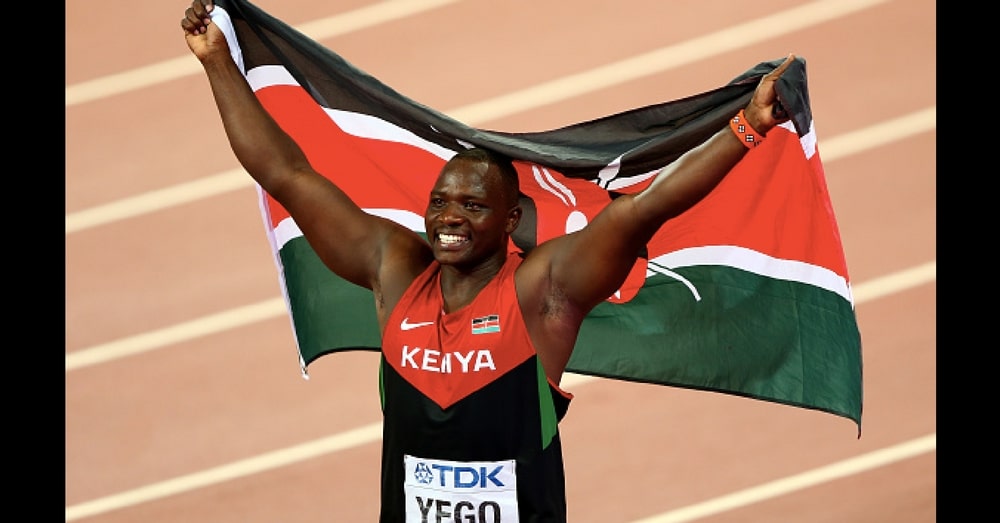 Julius Yego is a champion. And we’re not just talking about the actual awards he’s won, which are impressive enough – the javelin thrower finished 12th at the 2012 Olympics and came in first in both the 2014 African Championships and the 2015 World Championships. He has the spirit of a champion, never giving up, even when it looked like his goal was impossible.

Julius is from Kenya and, though he began setting javelin records while he was in school, he never had the money to pursue his passion further. When he qualified for the World Junior Championships in Poland, he wasn’t able to attend due to a lack of funds.

“It was so frustrating because I had worked so hard,” he said. “It was a big regret for me.”

But even after facing that disappointment, he wasn’t willing to give up on his dreams.

“I have passion for javelin throw, I think somewhere in my blood is written javelin,” he said.

Since he couldn’t afford to hire a coach, he turned to the best thing he could find: YouTube. Julius would spend hours in a cybercafe watching videos of the world’s best javelin throwers to see how they trained and what their techniques were.

It may seem like a far-fetched way to learn how to throw, but it paid off. Julius became the first Kenyan to win a title in a field event at the All Africa Games in 2011.

After he won, journalists wanted to interview his coach to learn the secret to Julius’ success.

“They wanted to interview my coach to know what I did before the competitions, the championships,” Julius said. “By then seriously I didn’t have a coach. I didn’t go with a coach.

When they asked who his coach was he simply told them, “YouTube.”

Even now, as the Olympian prepares to compete in Rio, Julius faces difficulty with training.

“For me the main challenge is training without a coach most of my time,” he said. “The coach I am with is staying in Finland. I’m not able to pay for him to come and stay with me because that is so expensive.”

We do know one thing, though: our eyes will be glued to this dedicated Kenyan as he goes for gold in Rio. We can’t wait to see what the future has in store for him!

Were you as amazed by Julius’ drive and determination as we were? So share this!