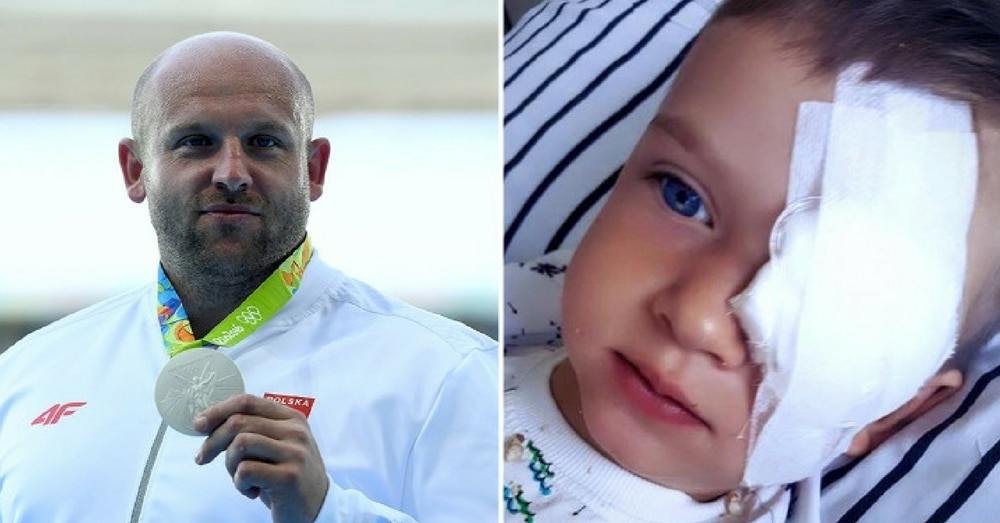 When Polish discus thrower Piotr Malachowski won silver at the Rio Olympics, he was disappointed. He had really hoped to win gold, but not for the reason you might think.

While, yes, it would have been nice to take the top honor for his country, Piotr was really hoping to win gold because of what he planned to do with the medal afterward.

It recently emerged that Piotr pledged his medal to a 3-year-old boy named Olek, who is battling eye cancer. The young boy has been fighting the cancer for two years and now his only hope is an expensive treatment in New York that will cost around $126,000.

A Polish foundation called Siepomaga raised about a third of the money needed, and Piotr hoped to raise the rest by auctioning off his silver medal.

“I fought for gold in Rio,” he wrote in a Facebook post. “Today I’m calling on everyone to fight for something even more precious. If you help me, my silver medal may turn out to be more precious than gold for Olek.”

After Piotr’s post went viral the Olympian received bids from people all over the world. He recently announced that he sold his medal to Dominika and Sebastian Kulczyk “for a sum that allows us to complete” the fundraiser. The Kulczyks are the wealthiest people in Poland – investors worth about $4.1 billion.

“We were able to demonstrate that together we can make miracles,” Piotr wrote. “My silver medal is today worth much more than it was just a week ago. It is worth the life and health of little Olek. This is our great, shared success.”

Did you love seeing this Olympian use his medal to help little Olek? So share this!