Oldest Person In America Dies At 113, But Her Incredible Legacy Lives On 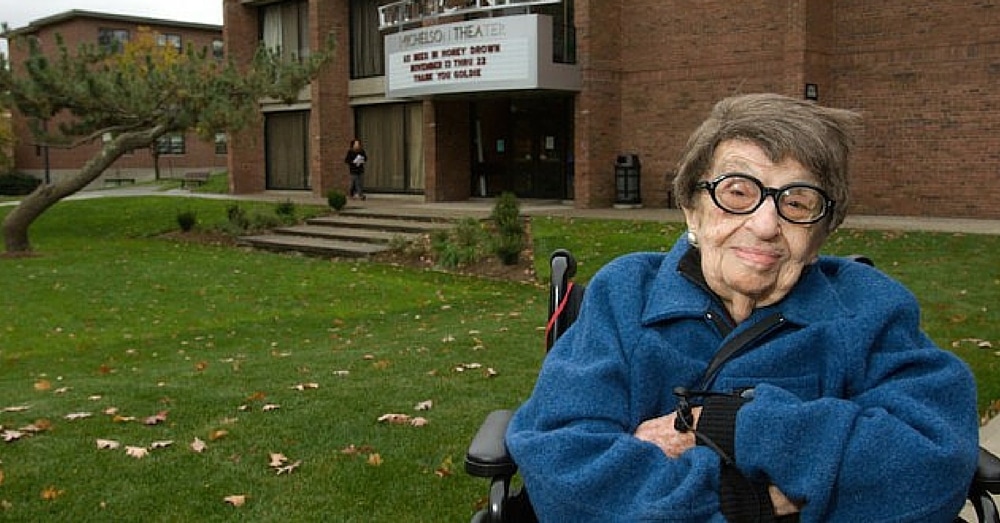 Goldie Michelson, the oldest known living person in the United States, has passed away at the impressive age of 113.

Born in 1902, the “supercentenarian” lived most of her life in Massachusetts, though she was born in Russia and immigrated to the United States when she was just two years old.

Goldie graduated from Pembroke College, a women’s college that later merged with Brown University, and had a lifelong passion for theater. She even had a small theater in the basement of her home, complete with a stage, lights, and a dressing room, where her grandchildren could perform.

Her true legacy, though, lies in the work she did for fellow immigrants. The Jewish woman completed her master’s degree at Clark University with a thesis that focused on the Jewish people of Worcester, where she lived.

She discovered that many of the immigrants were intimated by the daunting task of learning English, and so did not pursue American citizenship. As the borders of the Soviet Union opened up for Jews in 1989 and a new wave of immigrants came to her area, she volunteered her time to help them settle in and become a part of American society.

When asked the secret to her longevity, Goldie credited her strict regime of walking four to five miles every day. “One of the great joys of life was when I sold my car,” she said.

Just one month short of her 114th birthday, Goldie had recently been “very frail and confined to bed,” and she passed away at her home in Massachusetts on Friday.

Now that she has passed, 113-year-old New Jersey resident Adele Dunlap will take up the mantle of the oldest living person in America.

Were you inspired by this supercentenarian’s legacy of helping others? So share this!