Family faces another tragedy after burying their two-year-old son 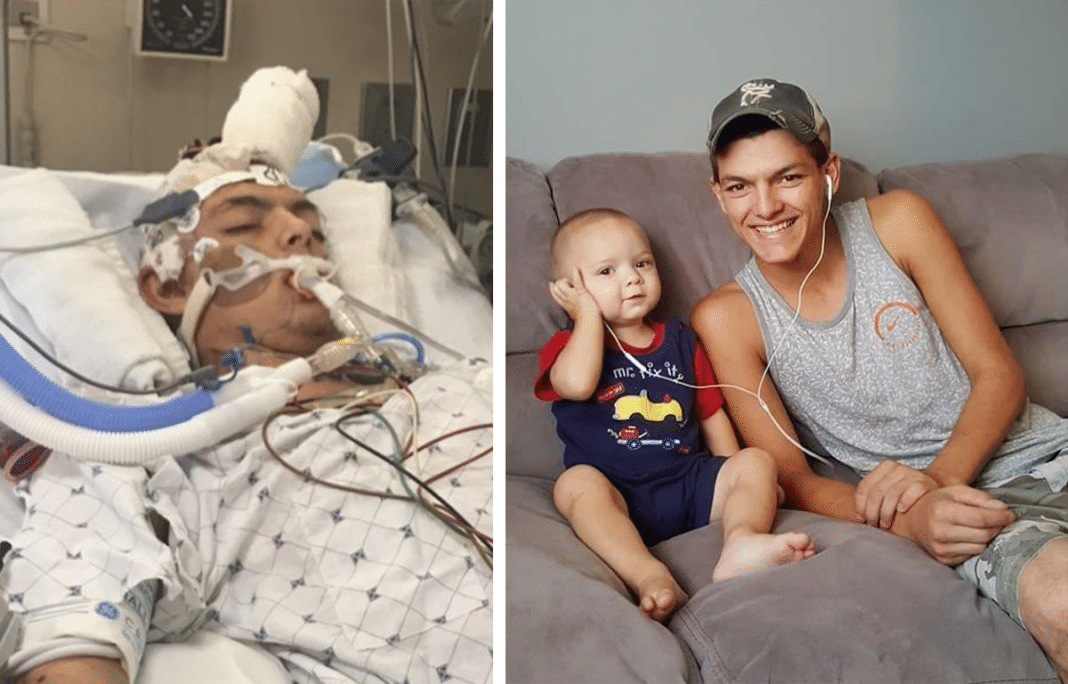 The brother of Brody Allen, Andrew Allen, is “doing amazing,” according to his father, Todd Allen.

The 19-year-old is back in his own home nearly two months after being hit by two cars and not given much of a chance at recovery. He was in bad shape after the accident. He had numerous broken bones, trauma to several organs and severe brain damage.

“There were a lot of dark days and scary days at UC not knowing if he would survive,” said Todd.

It’s a truly a miraculous comeback for Andrew. He still has a long way to go, but he’s talking, eating real food and even walking with some help. When it comes to recovering from brain injuries like the one Andrew suffered, the outcome varies from person to person, but the Allens are hopeful.

“We believe Andrew will [recover]. We’re excited about his progress. His body is weak and he has a long way to get all that back, but we will be there for him. He’ll get there. He’s a fighter,” said Todd.

Days ago, we shared the story about Brody Allen, a 2-year old boy who passed away from a rare brain cancer on October 19. He united his town and received support from around the world as they celebrated an early September Christmas for him in the 90-degree heat. Now his father, Todd Allen, has reported the family is reeling from another tragedy. 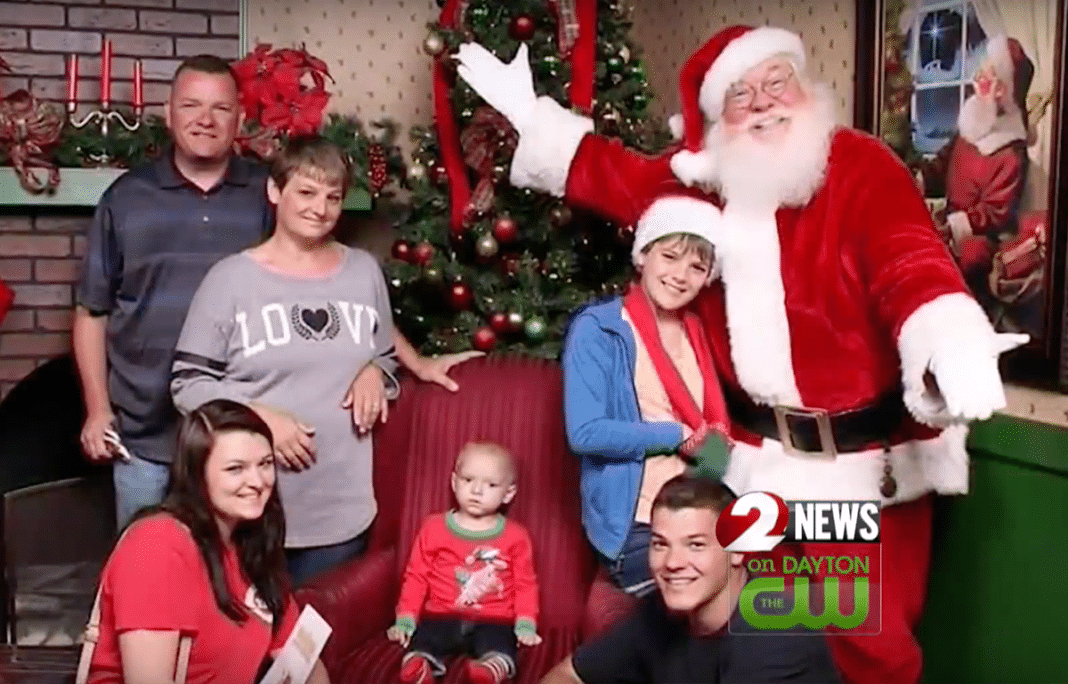 Brody’s older brother, 18-year-old Andrew “Drew” Allen was crossing an intersection on Springdale Road, a half-mile from home when he was struck by multiple vehicles.

“Eleven days ago we buried our youngest son Brody. Today Shilo and I are again in the hospital facing the very real reality that we may lose another son. Our grief and pain is simply indescribable right now,” wrote Todd Allen on Facebook. 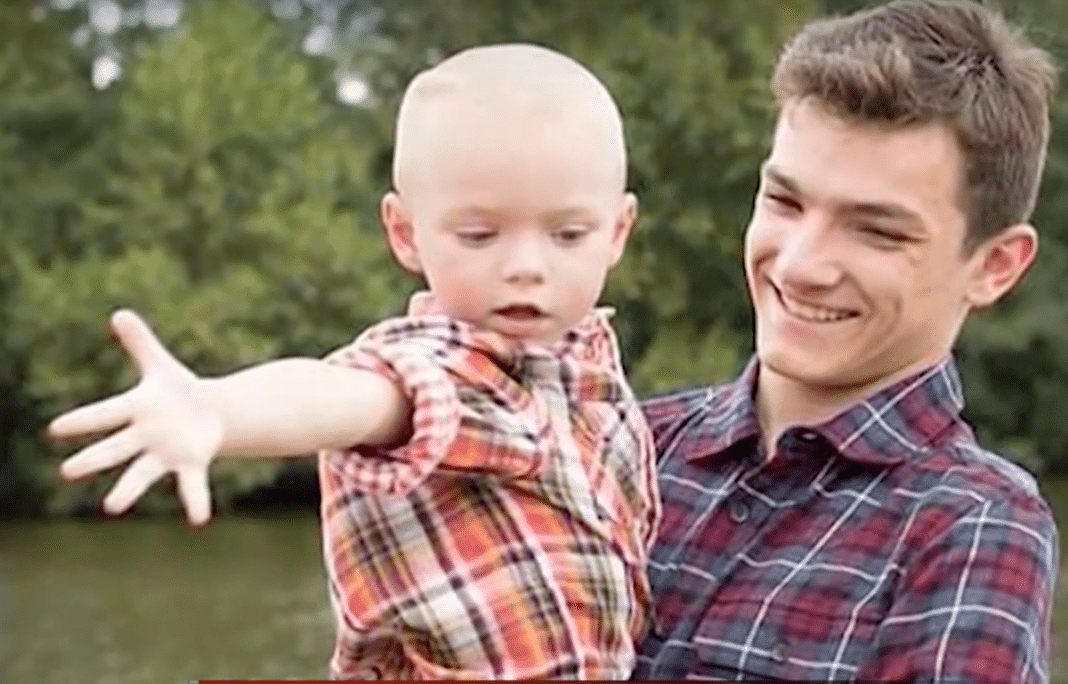 The family was in the middle of the ocean on a Carnival Cruise when they received a phone call telling them the news that Andrew was in critical condition at the hospital. They had wanted to get away after saying goodbye to Brody. It was a cruise they originally had planned to take with the 2-year-old but they had to postpone it because of his cancer diagnosis. They had to immediately leave by plane, taking a grueling 18-hour trip all the way back to Colerain Township, outside of Cincinnati.

Once they finally arrived at the University of Cincinnati Medical Center, they found Andrew unconscious and hooked up to a ventilator. He requires multiple surgeries, but doctors couldn’t proceed because of his unstable condition.

Now Drew is suffering from a life-threatening traumatic brain injury, multiple compound fractures in both legs, a lacerated spleen, a broken shoulder blade, a dislocated or broken collarbone, damaged kidneys, heart, and lungs.

“Thanks to the immediate and heroic efforts of all the first responders and the brilliant treatment of his doctors and nurses, Andrew is alive today. They have our indescribable love and gratitude for their amazing efforts.”

The compassionate father reached out to those involved in the accident.

“Andrew is here because of an accident. It is under investigation. Our families compassion and prayers go out to those involved. I can’t imagine what they are feeling today. I want them to know that we are grateful for the assistance they provided Andrew at the scene and we are praying them.”

He asked for thoughts, prayers, and well-wishes as his family tries to endure another unimaginable tragedy. They meant the world as they confronted the loss of their son, Brody. Now they need them again for Andrew.

“Your prayers helped carry us through Brody’s fight with Brain Cancer. They continue to support us as we grieve his passing just a few days ago. Today as I sit at Andrew’s hospital bedside I know that I am not strong enough to do this on my own. Please, if your inclined, pray for Andrew’s healing and recovery.”

He pointed out that it doesn’t matter a person’s faith may be, but that well-wishes help regardless.

“I don’t care what faith, language, religion, or perspective in life you come from. Your prayers, thoughts and well wishes carried us and more importantly, I believe, gave Brody the strength and a little extra time, to live his last days to the fullest with absolute joy.”

Allen posted an update several hours ago on Andrew’s condition:

“Andrew is fighting. He’s still in critical condition, but is stable. The staff here is truly amazing. We couldn’t be more greatful for the treatment Andrew has received and the comfort our family has received.”

He asked the community to help by donating blood wherever you are. It’s something his son desperately needed, with 27 blood transfusions in 24 hours. He asked people in the Cincinnati area to donate to the Hoxworth Blood Center in Andrew Allen’s honor.

“They have supplied Andrew with everything he has needed and continue to be ready should any of us need them. But as I have learned they need our help. So please give today, where ever you are and when ever can.”

A GoFundMe page has been created called “Team Brody for Drew” to help raise funds to pay for Andrew’s ongoing medical expenses and recovery.

See more below from WDTNTV News: