Officers Go To Lunch After Funeral. Then They See What Waitress Wrote On The Receipt 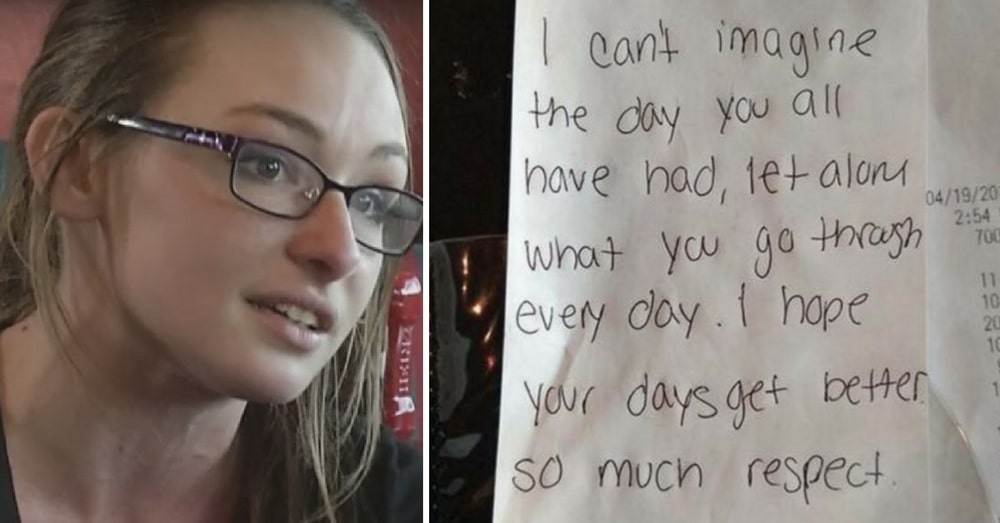 It had been an especially difficult day for the police officers of the Wellington Police Department in Ohio. They had just come from the funeral of a fellow officer who had been shot and killed in the line of duty.

After the funeral, nine of the officers decided to go to Red Robin to have some lunch together before going back to work. It was there that they were the recipients of an act of kindness that left them all speechless.

Waitress Jessica Dunbar was serving their table that day. She was aware of the funeral they had just been to and, as the daughter of a retired police officer, knew a bit of the pain they were all feeling.

She decided she wanted to do something special for the officers to let them know they were supported and help brighten their dark day.

When it came time for the officers to pay their $123 bill, they found a note from Jessica that left them stunned.

“Officers, your bill is on me today,” the note read, “I can’t imagine the day you all have had, let alone what you go through every day. I hope your days get better. So much respect. #WeSeeYou #PoliceLivesMatter #RIPOfficerSmith.”

As the touched officers left that day, each one of them stopped to shake Jessica’s hand and thank her for her act of kindness.

“It really touched all of our hearts,” said Lt. Jeff Shelton. “We were crying all day and then you got a bunch of guys and female officers in there crying. There wasn’t a dry eye in the place by the time we were done.”

As for Jessica, she said she wasn’t looking for any attention, but just wanted to do what she could to help.

“I just wanted to do something nice,” she said. “You can’t put a dollar amount on making somebody happy.”

When she told her dad about what she had done later, she said it was one of the only times in her life she had ever seen him cry.

Were you touched by what Jessica did for these mourning police officers? So share this!