Officer Saves Boy From Drowning. 20 Yrs Later Boy Does Something That Leaves Him Speechless 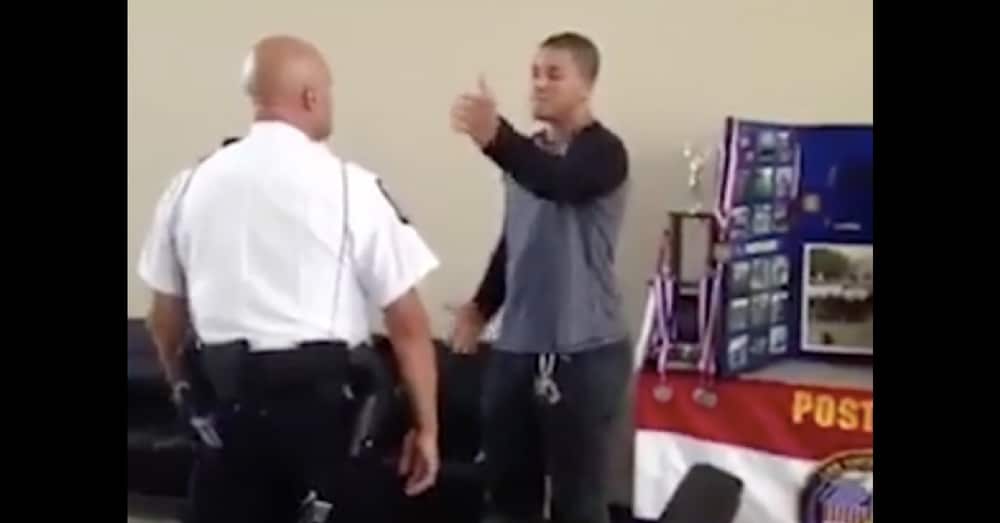 In 1997, rookie cop James Poole pulled a little boy who was drowning out of a swimming pool. His actions ended up saving that little boy’s life.

As a police officer, Poole has saved more people than he can count. After all of his years of service, it can be difficult to remember every single one of his saves.

But there’s one person who does remember – that little boy, Christopher Jones, who is now grown up and has a family of his own.

Jones was looking at the Columbus Police Department’s Facebook page last month when he saw a picture of Poole.

“I think that’s the Officer Poole who saved my life,” he commented.

With the help of Poole’s fellow officers, Jones planned a surprise reunion.

Poole was speaking with a camera crew when Jones walked up behind him and tapped him on the shoulder.

“Wow,” was all Poole could manage to say as the two tearfully embraced.

Officer Poole was taken aback that someone would come back and thank him all those years later.

“I never thought that something I would do 19, 20 years later would come back, and somebody would thank me,” he said.

Now Jones plans on becoming a police officer himself.

That moment is one neither one of these men will ever forget!

Were you touched by this emotional reunion as much as we were? So share this!