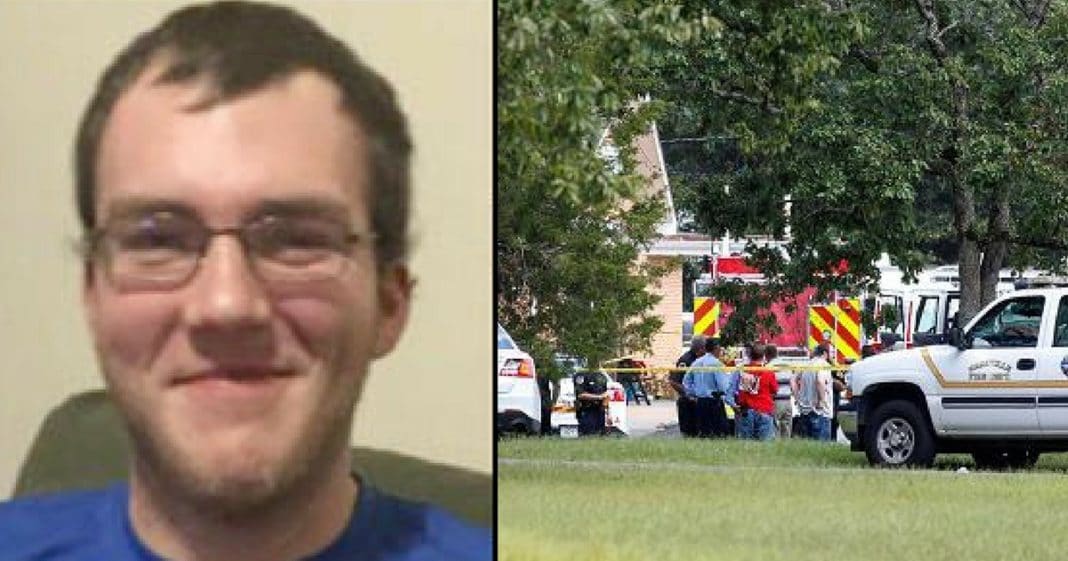 Sadly, when we read stories of terrible people doing terrible things, they don’t shock us the same way they used to. Evil and tragedy have become more a part of our society than they ever should have. But that doesn’t mean that the events are any less horrific or the losses any less devastating.

Our hearts broke when we heard about the shooting that took place at a Nashville church Sunday morning. The shooter, a 25-year-old legal U.S. resident who immigrated from Sudan in 1996, drove to the church and opened fire just before the service was let out at Burnette Chapel Church of Christ.

As he walked down the aisle, he hit and wounded six people, including the pastor. Tragically, he also shot and killed Melanie Smith, a 39-year-old mother of two.

As parishioners ran and hid, one brave hero walked toward the shooter. Robert Caleb Engle, a 22-year-old usher at the church, confronted the shooter as he stood at the pulpit and fired his weapons into the room. The shooter hit Caleb with the gun, but accidentally shot himself while doing so and fell to the ground.

Even though he had been injured in the scuffle, Caleb went out to his car, got his own registered firearm, and then went back inside the church to stand guard over the wounded shooter until police arrived.

“Mr. Engle saved countless lives here today,” said Don Aaron, a spokesman for the Metro Nashville Police Department. “He is, at the end of the day, the hero in this because we think this could’ve been much worse in terms of death.”

Caleb says he doesn’t see himself as a hero. “The real heroes,” he said, “are the police, first responders and medical staff and doctors who have helped me and everyone affected.” He asked for prayers for those who were injured, including the shooter.

While Caleb may not think of himself as a hero, those who were there or who had loved ones injured in the attack certainly see him as such.

Blake Langford, 21, who had several family members at the church that day, said he is not at all surprised by Caleb’s heroic actions.

“He’s 6 foot 5, a really big guy, but a gentle giant,” Blake said. “He’s always been that kind of person to put others before himself.”

He believes Caleb saved many lives that day.

Police are still trying to determine what motivated the shooter to open fire that day, but in the meantime they are praising Caleb’s actions, thankful that he was able to stop the attack before it got any worse.

After the attack, nearby New Beautiful Gate Church opened its doors to the Burnette Chapel members as they reunited with loved ones.

“As a pastor myself, you come with the expectation of sitting down and having a service and not thinking about what can happen around you,” said New Beautiful Gate Pastor Michael Mosb. “You never know who is going to come to the door or what reasons they would come to the door, come to your church and do something like that. We’re always on guard. We just thank God many more weren’t hurt.”

Do you agree that Caleb is a hero? So share this!