Officer Told To Give Up Sick K9 Partner Or Pay. He Knows There’s Only 1 Choice He Can Make 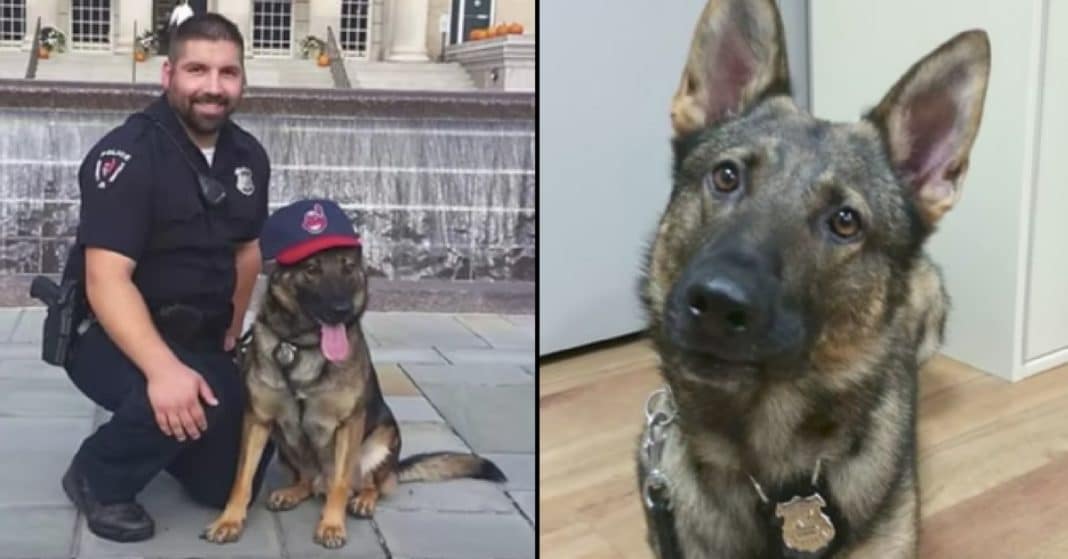 When two people work alongside one another long enough, it isn’t unusual for them to develop a friendship that exceeds the workplace. We can meet someone on the job and realize how much we connect or relate to them. Soon enough, a bond has been made.

Imagine having a work partner for two years and then hearing that you may be losing them, not just at work, but possibly in life, too. That news would be devastating to anyone.

Officer Matt Suster from Cleveland, Ohio, experienced such a disappointment with his partner, a K-9 named General. While his fellow worker is not of the same species, the relationship between the two cannot be matched.

Matt knows General’s mannerisms and preferences well, so when the dog did something out of character one day, Matt knew something was wrong.

“I was clocking out, and I told him to sit, and he started to but then stopped,” Matt recalled. “That’s unusual, because he usually does what I ask. So then, we went to get in the car. He jumped in, and he yelped. I knew then, something was wrong. He was hurt.”

Upon taking him to the veterinarian, Matt found out that the K9 partner he had grown to love had lumbosacral stenosis, which meant that the nerves in his back were pinched.

This unfortunate diagnosis left the officer with only two options: he could give General back to the force and receive a replacement dog or he could pay out of pocket for the K9 to get the help he needed so the two could remain partners.

It would cost $5,000 for Officer Suster to help General get well enough to remain active, but every penny of it seemed worth it if it meant he could keep his friend.

“It’s kinda like giving up one of your kids,” he said. “It wasn’t going to happen.”

Matt created a GoFundMe page with a heartfelt message explaining the situation. Within just a few days, he received more than what he needed for his K9 companion!

Not only does Officer Suster get to keep his loyal partner, but he has decided to donate the additional money he raised to help retired K9s. Awesome!

Matt, we are so happy that General will be okay and that you still have your persevering teammate!

Were you happy to see that Matt did not give up on General? So share this!