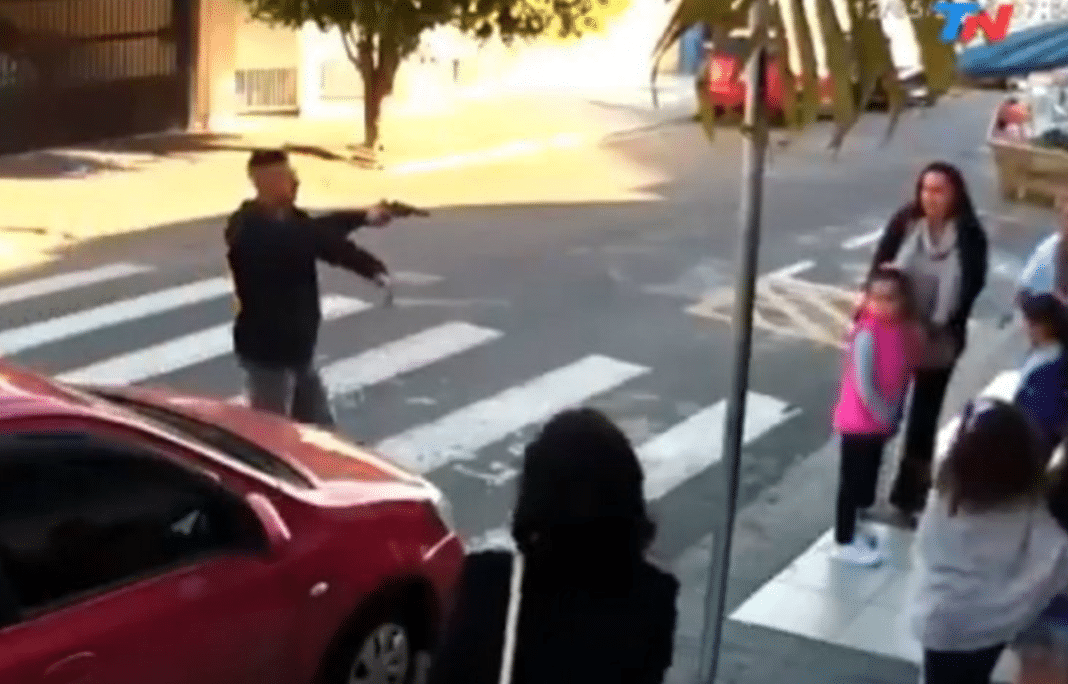 A gunman decided to pull his gun on a group of mothers and their children attending a party for Mother’s Day at a school near São Paulo in Brazil on May 13th. That gunman paid for it with his life, as one of the mothers, Katia Sastre, was a trained off-duty police officer, and she wasn’t about to let him harm anyone that day.

The harrowing scene went from one of joyful celebration to one of shock and danger in an instant as the young man pulled his gun on the crowd, trying to steal a bag. While mothers pulled their children away to safety, Sastre knew she had to act fast.

The 42-year-old, who was accompanied by her 7-year old, knew she had to protect the families around her. She jumped into action instantly, shooting the young man three times in the chest and leg.

The danger was not over yet as the gunman pointed his weapon at Sastre, firing a bullet at her that missed and ricocheted against an object. Then his gun jammed, according to Sastre’s husband.

“On his second attempt to fire, his weapon jammed. Thankfully she was faster than he was, because when a thug discovers he’s being confronted by a police officer, he shoots to kill.”

The experienced policewoman of 20 years was able to turn him and pin the man down on his stomach with her leg as police arrived.

The young man, 21-year-old Eliventon Neves Moreira, sadly died after being taken to the hospital.

Sao Paulo Governor Marcio Franca honored Corporal Katia Sastre, saying “Her courage and precision saved mothers and children” and that her actions serve as a warning for other criminals.

“It is not ideal that the suspect died. We would have preferred this had not happened,” he told reporters. “But it is a warning to those who take up a gun that they could be killed because our security professionals are well trained to protect the public.”

The caption for the above Tweet reads, “I went earlier today to the 4th BAEP, in the east of Sao Paulo, to honor a very special mother: Corporal Katia Sastre. [Her] courage and precision saved mothers and children, yesterday at the door of a school”

This is one brave mom who saved the day for others on Mother’s Day.