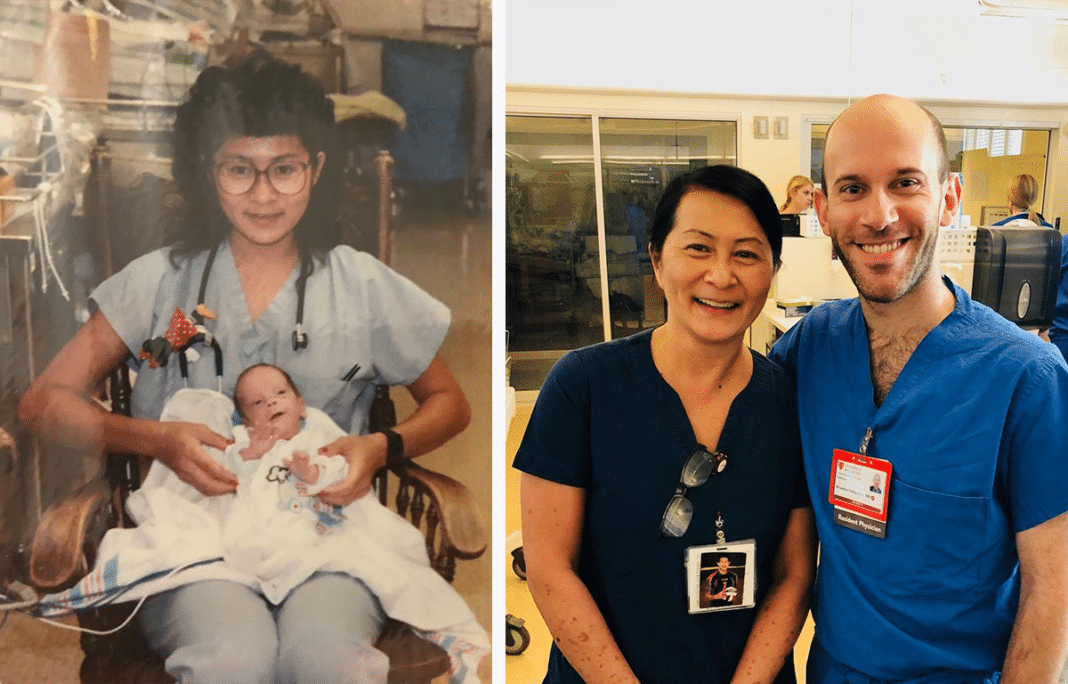 A registered nurse in California, Vilma Wong, 54, has cared for premature babies for over 32 years. She bonds with each baby so much that she can remember many of their names, even though tens of thousands have been in her care over the years.

In August, she saw one of the second-year pediatric residents standing near an incubator at the Lucile Packard Children’s Hospital in Palo Alto.

She asked his name, and when he told her it was Brandon Seminatore, it rang a bell.

From The Mercury News:

“His last name sounded very familiar,” she recalled. “I kept asking where he was from and he told me that he was from San Jose, California, and that, as a matter of fact, he was a premature baby born at our hospital. I then got very suspicious because I remember being the primary nurse to a baby with the same last name.’’

Wong recalled a tiny 2 lbs., and 6 oz. baby that had been in her care 28 years ago. Something about this man’s eyes reminded her of the baby’s alert expression.

She recalled that the boy’s father was a police officer. Could this possibly be the same boy?

Sure enough, Seminatore confirmed her hunch.

Seminatore was stunned that out of all the infants she had seen, she actually remembered who he was. It was a testament to the deep level of care the nurse had for her tiny charges.

He had spent 40 days in the intensive care unit (NICU) all those years ago. He couldn’t believe the same nurse still worked there today.

“Meeting Vilma was a surreal experience,’’ he said. “She cares deeply for her patients, to the point that she was able to remember a patient’s name almost three decades later.’’

Seminatore excitedly texted his parents to tell them the unbelievable news. When he did, his dad, San Jose police officer David Seminatore, found an old photograph that showed nurse Wong holding his son on her lap in 1990. He had just had his breathing tube removed. 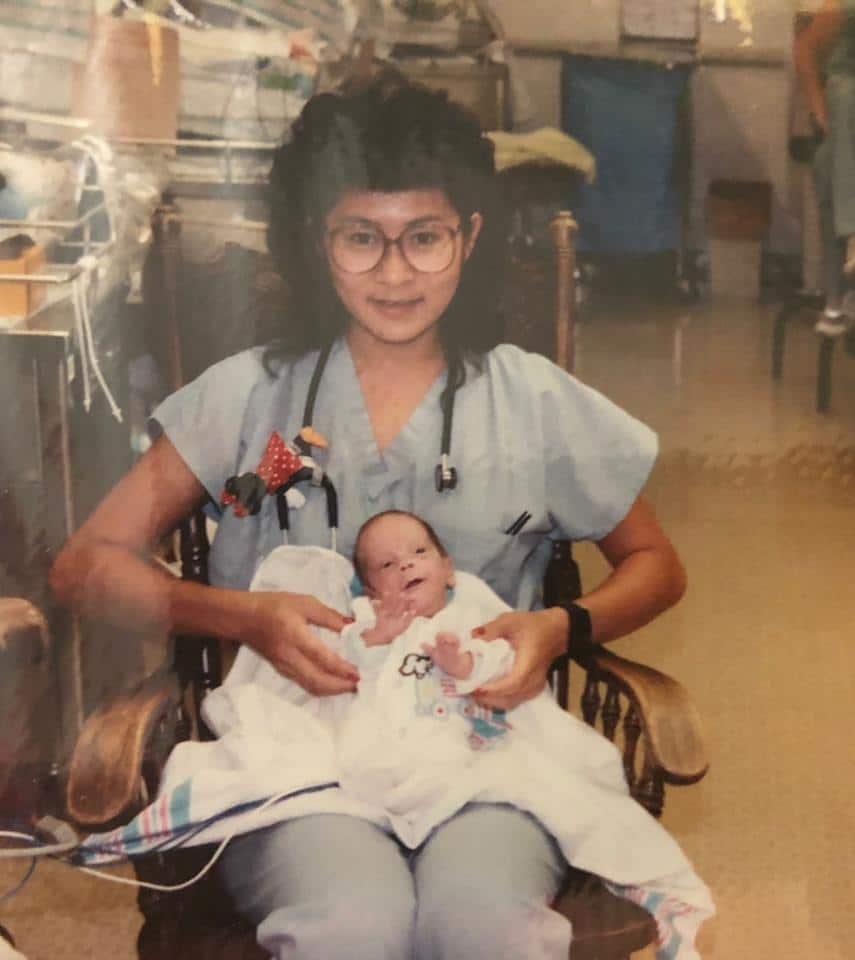 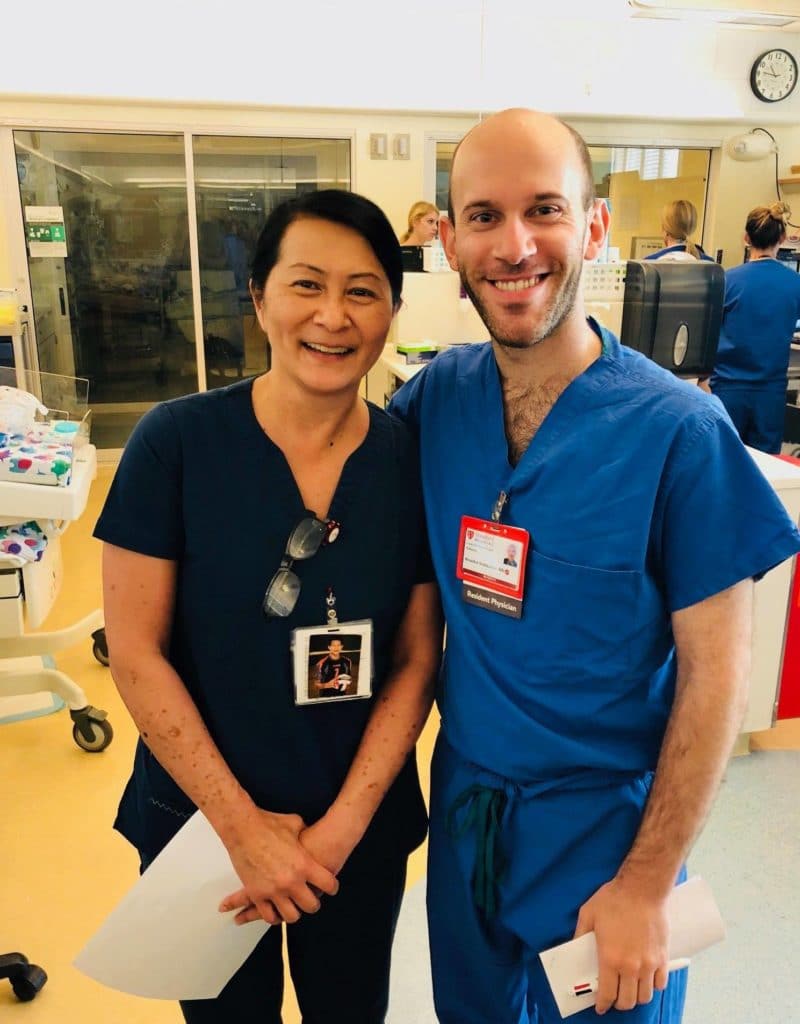 For Wong, the unexpected meeting with the young man she had nursed to health decades ago was a moment of joy.

The hospital shared the story on Facebook, where it went viral. Many people in the community noted that Vilma had tenderly cared for their babies as well.

A couple of the comments:

“Vilma was my daughter’s primary nurse, I just simply love her !!! She has a very special place in our hearts !!!”

“Vilma Wong was our son, Riley’s primary nurse in the NICU at LPCH!! We love her so much and she holds a special place in our hearts… We love you Auntie Vilma!!!! ????”

See more in the video from Good Morning America below: