She Notices Something ‘Off’ About Couple On Flight, Then Makes Horrifying Realization… 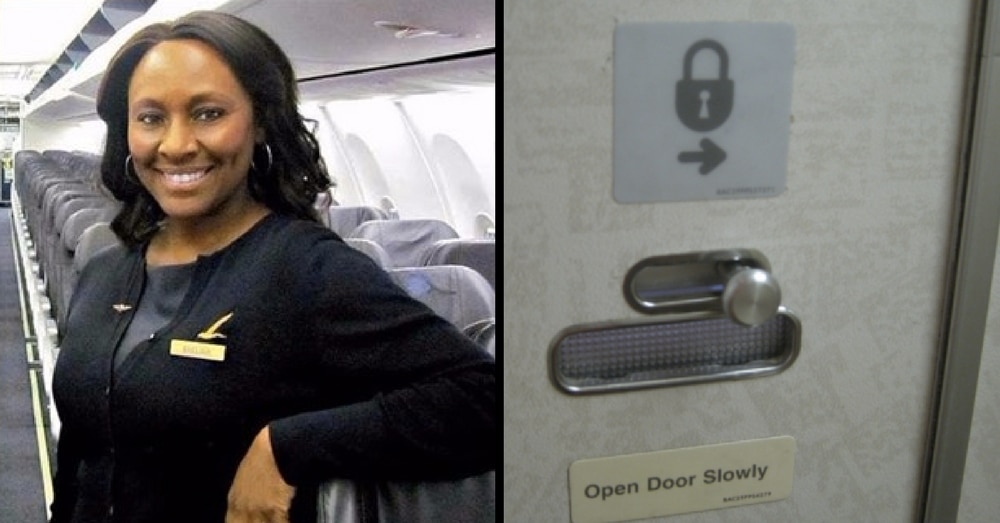 When flight attendant Shelia Fedrick saw a young girl with greasy hair get on her plane with a well-dressed older man, a warning went off in her head.

Shelia had taken part in some training done by Airline Ambassadors International, an organization that trains flight attendants to spot victims of human trafficking, and she knew something was off about this pair.

When she tried to engage them in conversation the man immediately became defensive. Shelia didn’t want to do anything to put the teen in harm’s way, so she decided to keep an eye on the pair while she went about her duties and wait for the right moment to try to help the girl.

The flight that day was headed to San Francisco, where the 2016 Super Bowl was about to take place. Research has suggested that huge spikes in human trafficking occur around large events, and the Super Bowl is one of the worst offenders.

“If we can teach airline and airport employees to correctly identify them we can save a life, and we have many times,” said Airline Ambassadors founder Nancy Rivard.

As the flight progressed Shelia moved just within earshot of the young girl and whispered for her to go to the bathroom, where she had left a note. The idea was that if the girl was in trouble she could write back and let Shelia know.

“I left a note in one of the bathrooms,” Shelia said. “She wrote back on the note and said, ‘I need help.’”

Shelia’s instincts had been correct. Without causing a scene she immediately reported the situation to the pilots. When the plane landed in San Francisco there were police waiting for them.

Shelia’s training helped her save a life that day, and Airline Ambassadors hopes that more people will learn to recognize the signs of human trafficking so even more can be saved.

“Airports and supporting travel hotels are major hubs of entry and exit for perpetrators and victims alike,” they said. “Training is needed for airport and travel industry personnel including airport employees, hotel employees, tourism companies, ground transportation and law enforcement.”

Andrea Hobart, a flight attendant and Airline Ambassadors trainer, said there is one aspect of helping trafficking victims that is very difficult.

“One part of our training, and it’s the difficult part, but once we report it, we’re supposed to let it go,” she said. “Even though it’s hard to let it go, you transfer it into the hands of the authorities and they’ll pursue the case.”

In Shelia’s case, though, something happened that she wasn’t expecting. She had written her phone number down on the note she left in the bathroom and apparently the young girl memorized it. A few weeks later she called Sheila, and the two have kept in touch ever since. Now the young girl has hope and a new lease on life, and she has even started attending college.

Shelia’s story is a good reminder for all of us to be vigilant and do what we can to help victims of trafficking.

Were you blown away by Shelia’s incredible story? So share this!