He Notices Lady Acting Strange In Drive-Thru. What Happens Next Has Him Jumping Out Window 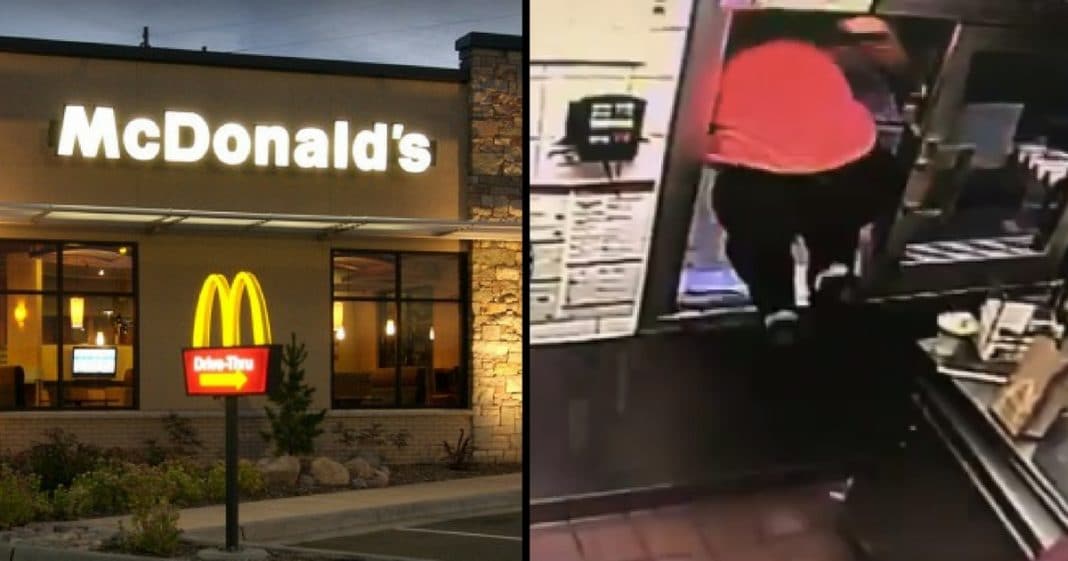 One McDonald’s employee is being hailed a hero after his quick-thinking and brave actions helped save a woman’s life earlier this week.

Pedro Viloria was working the drive-thru window at a McDonald’s in Doral, Florida, when he noticed that the woman he was helping was acting a little strange.

Security footage shows Pedro putting down the woman’s food as her car slowly rolls away. He then looks around him, trying to figure out what to do, and leaps out of the window after the woman.

ONLY ON 10: Surveillance video shows a McDonalds worker jump from the drive thru window to save an unconscious police officer. More at 6pm. pic.twitter.com/JP6fqxCTaS

The woman, who has not yet been identified, was an off-duty police officer and had her two children in the back seat. She started having trouble breathing and then fell unconscious, causing her foot to fall off the brake and her car to roll away.

“I thought, ‘If those kids lose their mother today, that’s going to be tragic,’” Pedro said.

Surveillance footage shows Pedro pulling the woman out of the car. He then told her children to call 911.

Thankfully, the car stopped moving after rolling into a curb. Another McDonald’s employee, who wished to remain anonymous, began to assist with CPR. Some off-duty paramedics who happened to be at the restaurant also rushed outside to help and were able to revive the woman at the scene.

The woman was transported to Kendall Regional Hospital and is in critical condition.

When asked about his heroic actions Pedro just said, “In that moment, I thought, ‘I’d rather save that woman’s life.'”

Were you impressed with Pedro’s quick thinking and brave actions in this scary situation? So share this!