He Notices Cows Circled Up And Acting Strange. When He Gets Closer He Spots It 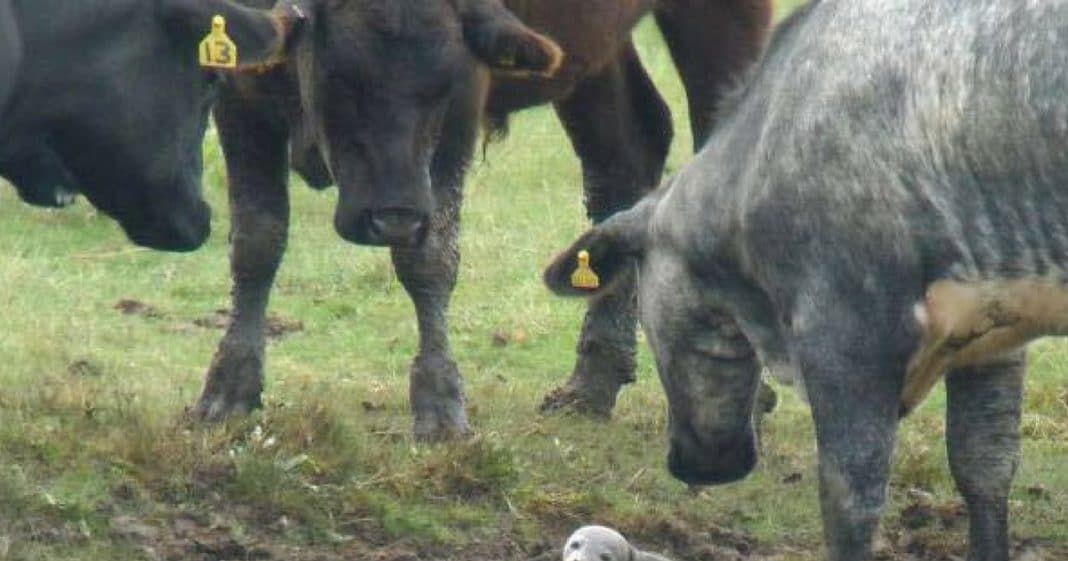 Cattle are extremely curious animals. They also have much different eyesight than humans, so they will run right up to something in order to see it better. Though their field of vision is 360 degrees, they have poor depth perception and often need to get closer to an object figure things out.

I live in the state of Wyoming where cattle outnumber people – everyone here deals with cattle running up to us to get a better look at things on a daily basis. Sometimes I’ll be taking a run down the road and the next thing I know 500 cows will be following – sometimes for several miles! They usually only stop if a fence gets in their way.

While curious cattle could in some instances be a nuisance, one precious creature in the United Kingdom owes her life to the curiosity of the bovine species.

Ian Ellis was bird watching at a nature preserve when he noticed some cattle circled around something in a field and acting strange. He went in to have a closer look and when he saw the object that had captured their curiosity he couldn’t believe his eyes. 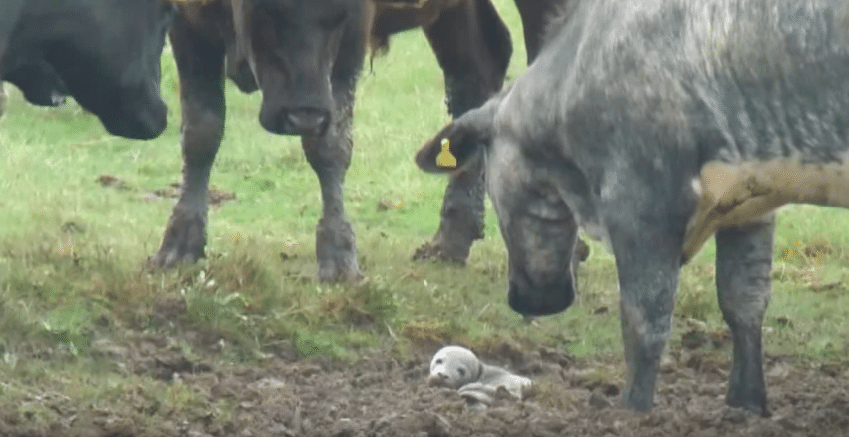 A tiny seal was trapped in the mud! Apparently, little guy had come into the marsh during high tide. When the tide had gone back out, it left the little creature stranded. 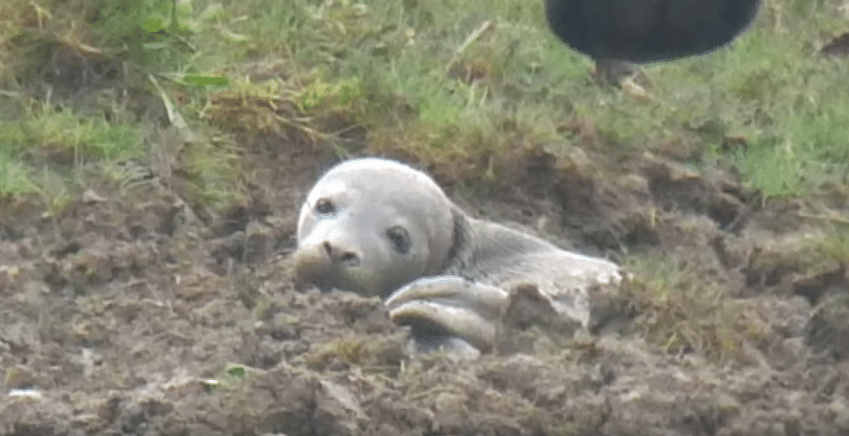 Ellis looked for the seal pup’s mother, but when he was unable to find her he contacted Toby Collett, a warden for the Royal Society For The Protection of Birds, and Duncan Yeadon, the director of the Skegness Natureland Seal Sanctuary.

Yeadon instructed Ellis and Collett on how to pick up the pup and move her to safety. He then made arrangements for the little seal to be transported to Natureland for rehabilitation. 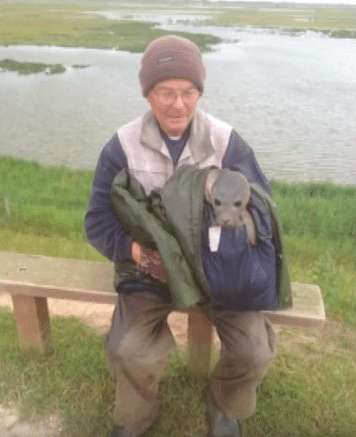 At the facility, it was discovered that the seal was just 5 days old. The orphaned pup was dehydrated and in a dire state, but has now been given proper seal nutrition. Her caretakers have named her Celebration.

When Celebration reaches 60 pounds, the plan is to release her back into the wild. Her life now looks promising thanks to Ellis and the professionals who helped rescue and rehabilitate her; but perhaps the most credit goes to the cattle who found her and made that circle, causing such a scene that Ellis couldn’t help but notice.

Good job to these bovine heroes!

Did you love seeing the way these cows helped rescue this tiny seal pup? So share this!