Thanks To Rescuers, Three Abandoned Kittens Born Without Eyelids Get Sight-Saving Surgery 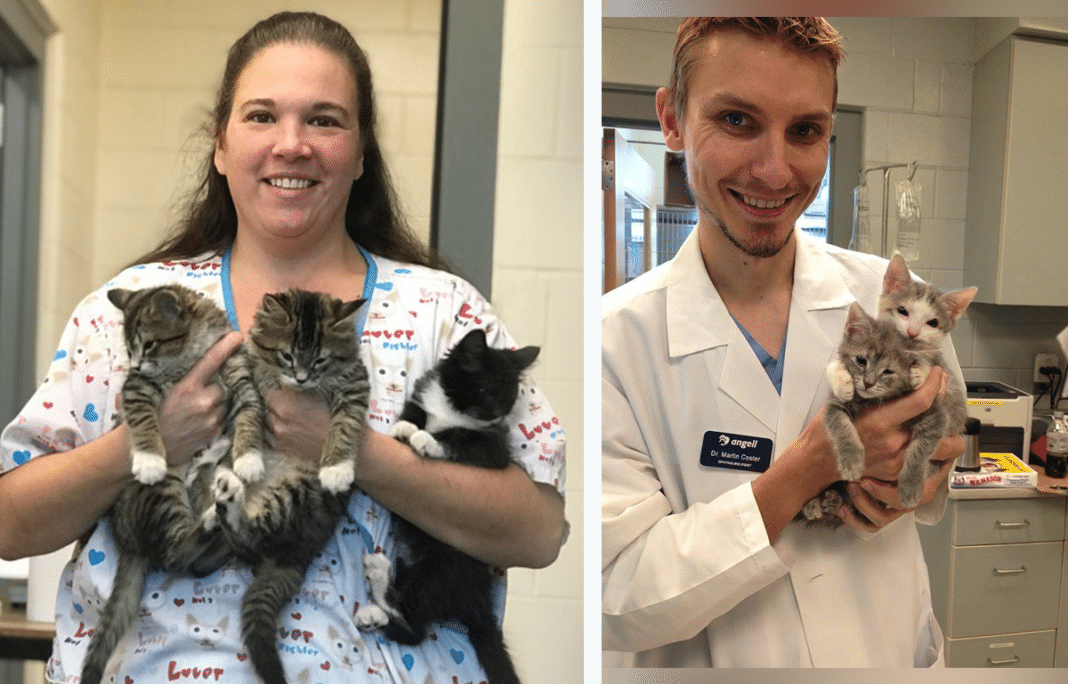 Three kittens named after the kittens in the Aristocats Disney movie were born with a severe disadvantage in life instead of the riches of the film. The kittens, Marie, Berlioz, and Toulouse, were born without eyelids and abandoned in Randolph, Massachusetts. However, thanks to a concerned citizen, their lives are now looking bright.

Marie, Berlioz, and Toulouse via MSPCA-Angell

Posted by The Aristocats on Wednesday, August 8, 2018

At 10-weeks old, the prospects for the three kittens looked dismal at best. Without protective eyelids, they would eventually go blind. Left all alone, they would not survive very long, but someone cared enough to bring them to Randolph Animal Hospital. From there, staffers knew they would need expensive surgery for eyelid agenesis.

The three homeless kittens traveled to MSPCA-Angell in Boston, a private, nonprofit organization that relies on donations to provide care. There, two of the kittens would receive a surgery that would restore the eyelids by removing a sliver of tissue from the kittens’ lower lips. Amazingly, the tissue can be used to reconstruct the eyelids. The third kitten, Marie, the only black and white kitten, was a bit better off and would need cryotherapy to smooth out the lid instead.

Dr. Martin Coster, an ophthalmologist, has performed the expensive surgeries successfully many times before and will donate his time again. The cost: $5,000 per operation. Such an expense will deplete the adoption center’s funds, but give Berlioz and Toulouse the priceless gift of sight.

“Unfortunately it’s fairly common to see multiple kittens from the same litter suffering from the condition,” he said.

When two scared and dirty kittens were pulled from a drainage pipe and rushed to the MSPCA in September 2015, the…

Now MSPCA-Angel is hoping to receive donations so they can save the kittens and continue to offer help to countless other homeless dogs and cats.

You may donate at www.mspca.org/kitteneyes.