No One Will Hire Special Needs Teen. Then He Asks Mom 1 Question That Has Her In Tears 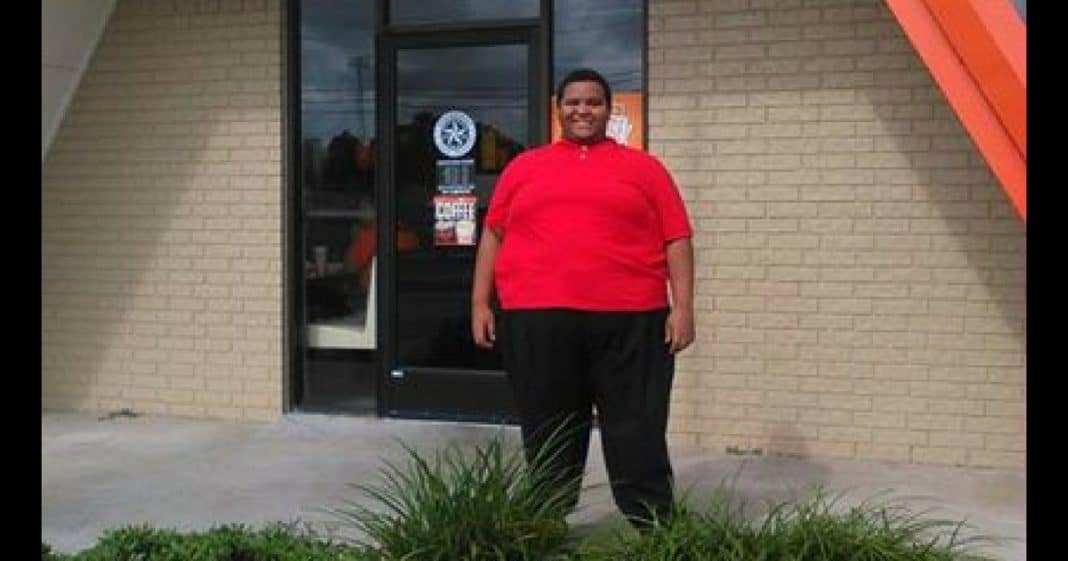 Being the parent of a special needs child can be difficult for a lot of reasons. It’s not always that the child needs a lot of extra care, though. Sometimes it’s hard because you know how much potential they have and want them to succeed, but no one else will give them the opportunity.

That’s what Keya Thompson was struggling with when her son, Charles Bonds Jr., was trying to find a job.

Charles, who she calls Bam Bam, graduated last year and has been applying to jobs all over his hometown of Gonzales, Texas, ever since. Yet, despite his persistence, he had yet to find anyone who would hire him.

Feeling discouraged, Charles asked his mom a question that felt like a punch in her gut:

“Mamma, is it because I’m special?”

“As a mother it brought me to tears,” she wrote. She never wants her son to feel like he is less than anybody else or deserves less than anyone else.

And that’s exactly what he did.

Finally, Keya’s prayers for her son were answered and he got hired to work at the local Whataburger fast food restaurant.

Charles was overjoyed that he finally had a job, and what he told his mom next left her in tears.

Thousands of people were touched by Keya’s story and wrote in to offer words of support to both her and Charles.

“Congratulations,” said commenter Laura Kris, “you are going to make all the people that didn’t hire you see that they missed out on a GREAT EMPLOYEE!!!!”

“You’ll do great things, Charles!” Liza Wilson Klokow agreed. “Whattaburger is blessed to have you as an employee! 1000% positive attitude!”

We know with a smile and a positive attitude like that, Charles is quickly going to become a star employee and a favorite of the customers!

Keya and Charles were both so touched by the outpouring of love and support, but Keya says Charles doesn’t want to be famous – all he wants is to be independent and know he can do things on his own.

“Bam Bam Wants 2 Thank U All 4 The Love And Support,” Keya wrote after her post went viral. “He Says He Don’t Want 2 B famous he just want to be independent it takes so little to make him so happy.”

She also thanked the Whataburger manager, Billy Beard, for giving Charles a chance.

Keya said she wanted to share her son’s story not just to show that people who are “different” can do so much more than many people give them credit for. She also wanted to encourage people that, while things may not happen when we want them to, God will make things happen at the right time.

“God might not come when you want him but He’s always on time,” she wrote.

Then the proud mother added, “THAT SMILE ON HIS FACE, PRICELESS!”

Were you touched and encouraged by Charles’ and Keya’s story as much as we were? So share this!