Niece Tries To Visit But They Don’t Answer. When Door Is Finally Open…She Sees It Immediately 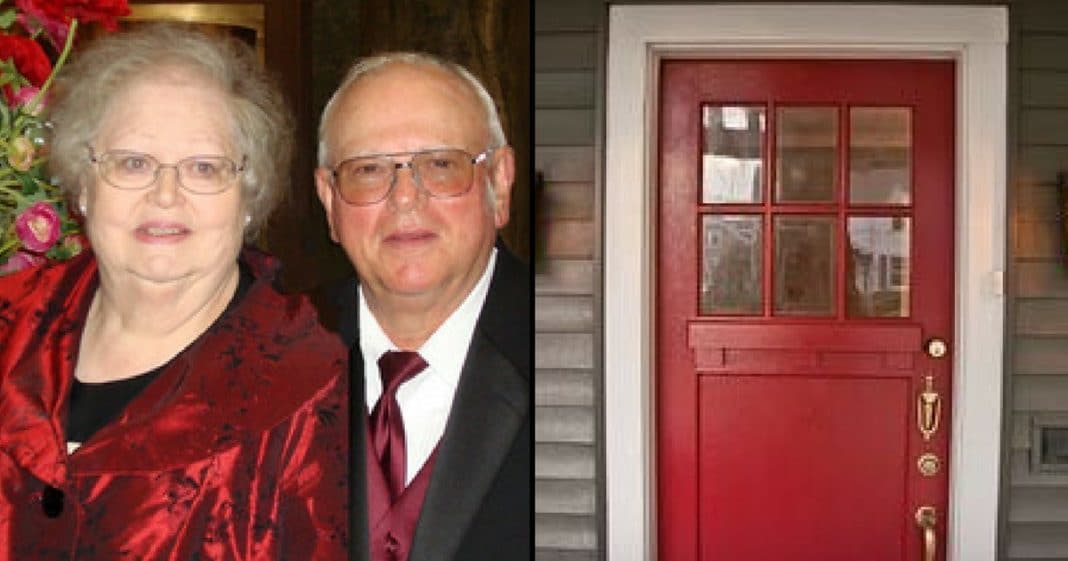 All love is special, but there are some romances that truly seem as if they were taken right out of a fairytale. That was just how Larry and Sharon Corsini’s love story was.

The pair first met in 1962 when Sharon was working selling tickets at a movie theater in Idaho Falls, Idaho. Larry stopped by one night and caught Sharon’s eye, as well as her heart. The two were married that same year.

For the 54 years they were together, one word has defined their relationship for their three kids, 10 grandchildren, and five great-grandchildren – togetherness.

The love they had for each other and for others was evident and touched the lives of everyone who came in contact with them.

But as time wears on, our bodies wear out. Sharon, 74, had been battling several chronic issues and had just been in the emergency room with kidney failure. After receiving a blood transfusion and regaining her strength, she returned home with her husband.

Knowing her aunt was back home convalescing, the couple’s niece came to visit and to see how Sharon was doing. When she knocked on the door, though, no one answered.

Concerned, she called 911, and when EMTs arrived and opened the door they couldn’t believe what they found – Larry and Sharon were laying side by side on their bedroom floor, Larry’s head on his wife’s shoulder. They were both gone.

The family will probably never know exactly what happened, but they believe Sharon fell out of bed in the middle of the night and Larry got up to help her. In the process of getting over to her, he fell and gashed his head on the nightstand and suffered a massive heart attack.

While the family is still reeling from losing both Larry and Sharon on the same day, they know that neither one of them would have ever wanted to live without the other.

“We know neither wanted to go alone,” their son, also named Larry, said. “They were always together in everything they did. They were together in this life for 54 years and now together in passing.”

The family decided to hold a joint funeral for the couple and, as sad as they were, they cherished the time they had to all be together. While the family has always been close, Larry and Sharon’s passing has encouraged them to really make every moment count and take nothing for granted.

“My sisters and I talked about how important it is to live each day and not take life for granted. To be in touch with parents. To make phone calls. To visit,” the younger Larry said.

When asked what he would like others to take away from his parents’ life and death, Larry said, “My parents were all about service. They were quiet, but they loved people by serving people. And they did it all together. We should all do that.”

Were you touched by this couple’s sad and sweet love story? So share this!