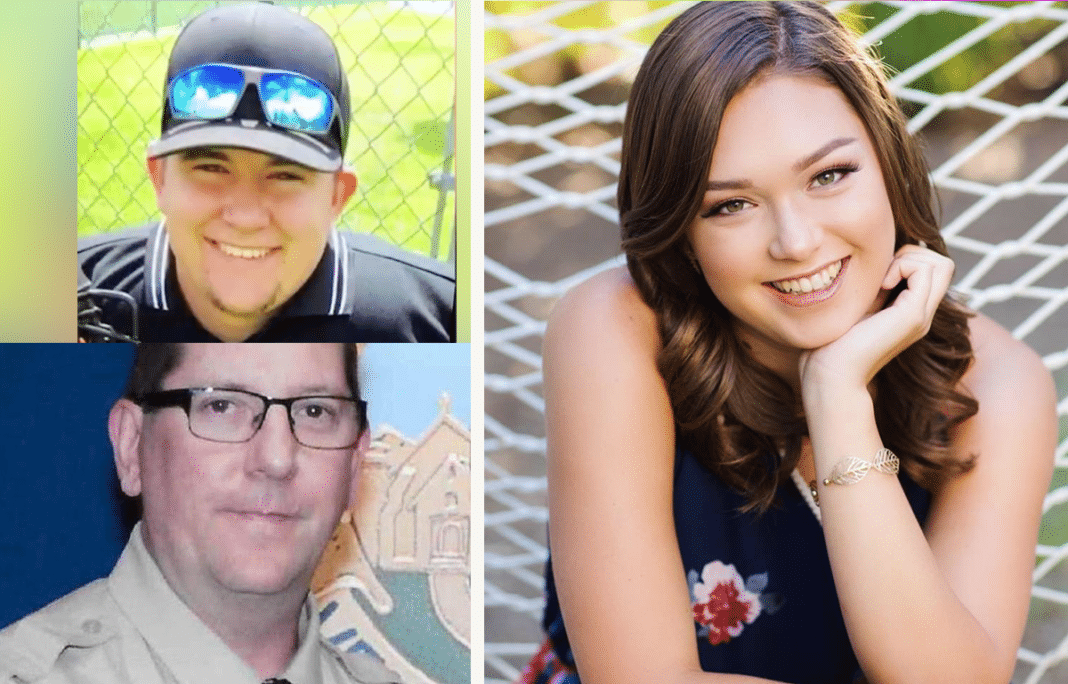 In the fourth “soft target” terrorist attack in two weeks in America, twelve people died at the country dance bar, Borderline Bar and Grill in Thousand Oaks, California. A hooded gunman dressed in black opened fire late Wednesday. The incident has destroyed the lives of innocent people going about their daily lives and left their families devastated.

One of the victims was the 18-year-old niece of celebrity, Tamera Mowry, an actress, and model. Another victim was a sheriff’s sergeant. A third was a beloved first-born son whose father shared his anguish with the world.

“Our hearts are broken. We just learned that our niece Alaina was one of the victims of last night’s shooting at Borderline bar in Thousand Oaks,” the couple stated via their joint representative, Chantal Artur. “Alaina was an incredible young woman with so much life ahead of her and we are devastated that her life was cut short in this manner. We thank everyone for your prayers and ask for privacy at this time.”

Housley was a student at Pepperdine University, and the niece of former Fox News reporter Adam Housley and actress Tamera Mowry-Housley.

"Our hearts are broken," her aunt and uncle said. "Alaina was an incredible young woman with so much life ahead of her." pic.twitter.com/tmeNVhTdJf

Tamera Mowry and her husband were desperate to find out what had happened to Alaina Housley after she went line dancing at the Borderline Bar and Grill. They searched for answers and asked for prayers on Twitter when Housley’s suitemate Tweeted that she was missing and that she was unaccounted for among her friends.

My suitemate is still missing, she is wearing denim shorts, a blue flannel and sneakers, pls let me know if you know anything #Borderline pic.twitter.com/t1nUHneChW

Adam Housley asked his Twitter followers for prayers and went to the Los Robles Regional Medical Center to find Alaina. A Los Angeles Times reporter who was at the hospital shared the news on Twitter that a guard had refused to let Adam through because the hospital was on lockdown. Disturbingly, she said:

“He said Alaina, a Pepperdine freshman, was at the bar with several friends. Her Apple Watch and iPhone still showed her location on the dance floor.”

We haven’t found her yet. It’s been 7 hrs since the shooting.

They sadly learned that Alaina Housley had been killed by the gunman, who apparently killed himself following the senseless violence. Alaina’s family remember her as Alaina Housley as an “incredible young woman with so much life ahead of her.”

“Authorities said the gunman — identified as Ian David Long, a 28-year-old Marine veteran who was cleared by a mental-health specialist after an encounter with police earlier this year– was found dead inside after apparently killing himself. Ventura County Sheriff Geoff Dean said Thursday morning that investigators have not been able to determine a motive.”

Jason Coffman, the father of a 22-year-old killed in the shooting, expressed his anguish as he faced reporters. He recalled his last words to his son Cody Coffman that night:

This is devastating. I can't imagine.

Jason Coffman tells @Christi_Paul he's worried because his son Cody is the kind of kid who would have "run toward a bully to stand up for others." #thursdaythoughts #massshooting #californiashooting #guncontrolnow pic.twitter.com/rZwPp7uOru

Heart-wrenching moment as father announces his son was killed in Thousand Oaks mass shooting. “Only him and I know, how I loved—how much I miss him…Oh, son, I love you so much.” https://abcn.ws/2QvNA22

Today, hundreds of people have lined up in Thousand Oaks to donate blood to the surviving victims. Residents lined the streets to pay their respects to Sheriff’s Sgt. Ron Helus as his procession drove by. He died trying to stop the mass shooting, a hero.

America must find a way to stop the constant stream of violence and bloodshed. For each person lost, countless others are permanently changed forever. America is grieving alongside all of the families of these victims.