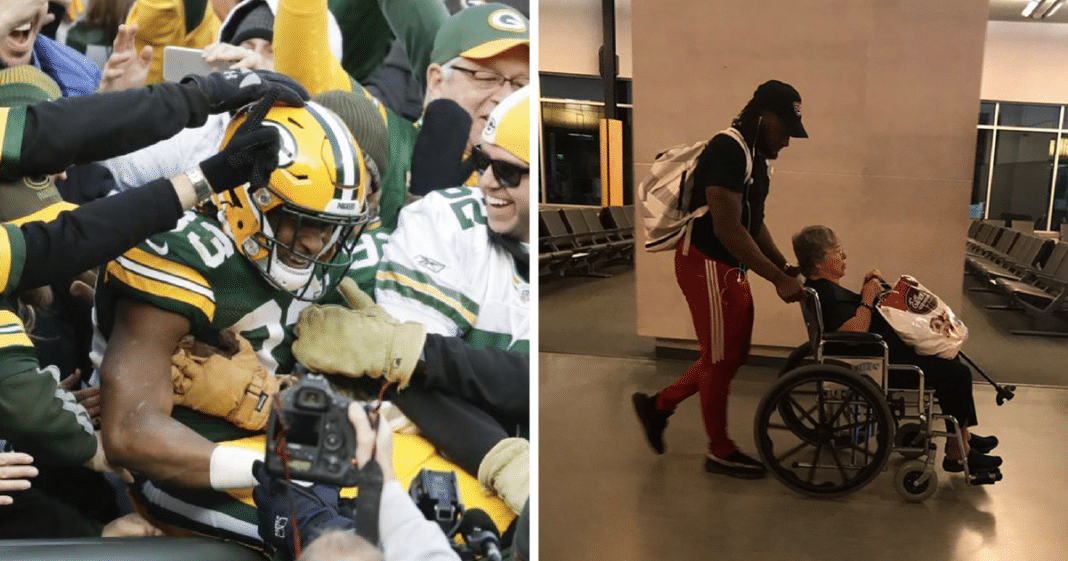 Green Bay Packers running back, Aaron Jones, proved that you can never be too famous to help someone in need.

The celebrity athlete has been getting a lot of attention on social media after he was spotted on Monday pushing a woman in her wheelchair through Appleton International Airport in Wisconsin.

Jones and the woman who just happened to be a Packer’s fan were photographed by Monica Allen who then posted the picture on Twitter with the caption, “Just watched Packers Aaron Jones push a random lady through the Appleton airport because there was no there to push. GO PACK GO,” she tweeted.

Just watched Packers Aaron Jones push a random lady through the Appleton airport because there was no there to push her ?? GO PACK GO @espn @packers @Showtyme_33 pic.twitter.com/4h4BGEVTip

Twitter users immediately gushed with praise for the running back.

“Another reason why I love being a Packers fan. His parents raised him right,” tweeted @O10Courtney.

Ron Clements wrote, “You can easily judge the character of a man by how he treats those who can do nothing for him.”

Even sweeter, Jones also took the time to pose for a photo with the woman who seen grinning from ear to ear. 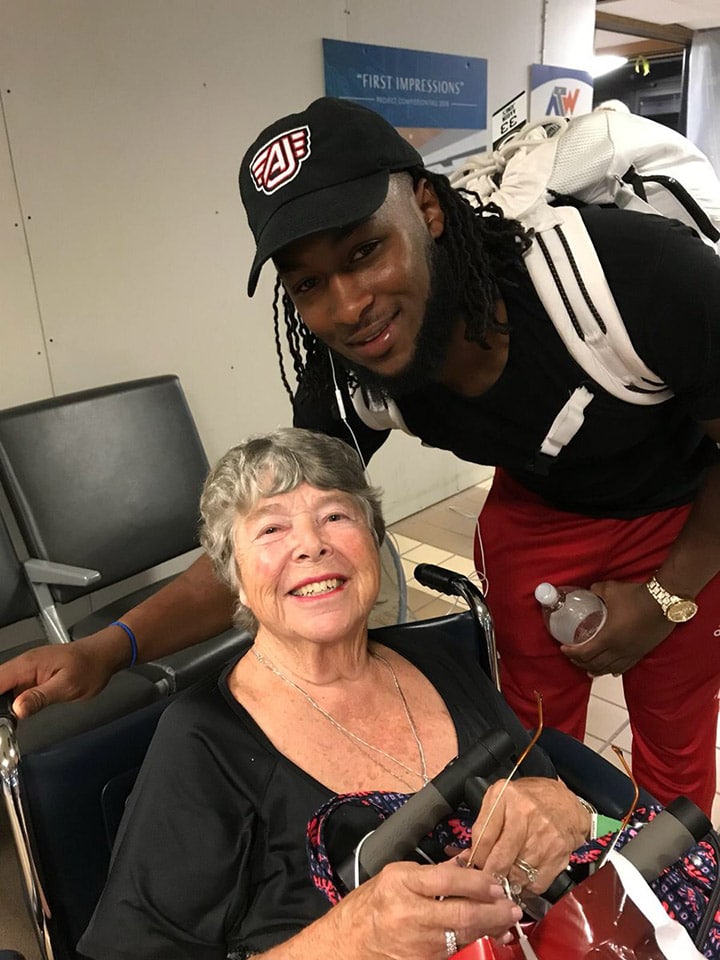 Packers coach Mike McCarthy talked to ESPN about Jones’ random act of kindness saying, in part, “I’ll just say about Aaron Jones and our players: I look at that as I’m thankful that everybody else is getting to see what I get to see pretty much every day.”

Jones, 23, is in his second season with the Packers after an outstanding rookie performance. The running back said he was just doing what anyone would do in that situation.