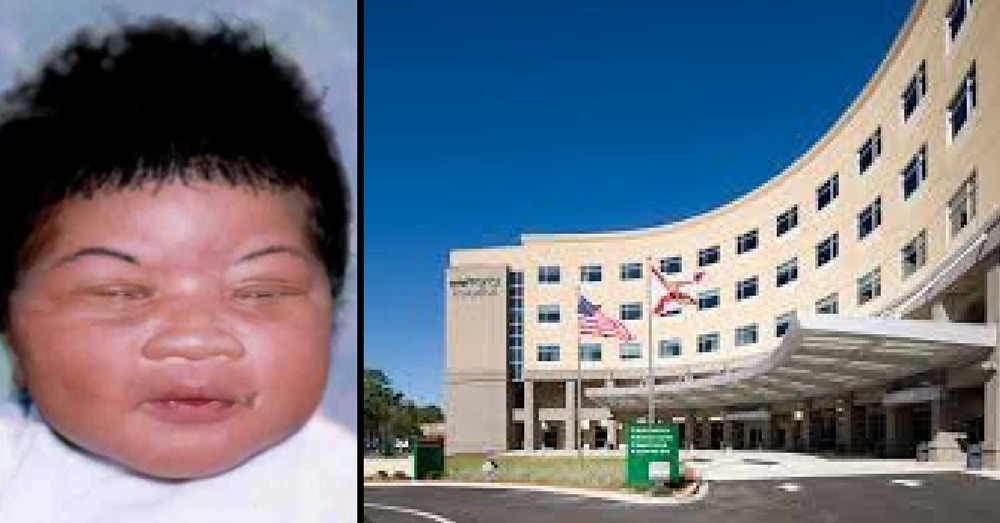 In a shocking announcement that has left many people in disbelief, Florida authorities announced Friday morning that a baby who was abducted from a Jacksonville, Florida hospital in 1998 has been found alive!

Now 18-years-old, Kamiyah was snatched from her mother’s hospital room when she was just eight hours old by a woman posing as a nurse.

As no pictures had yet been taken of the newborn, police could only release composite sketches of her. The case was featured on CNN and “America’s Most Wanted” and authorities followed over 2,000 leads, but they were all dead ends until late last year.

Following two tips that came in to the Center for Missing and Exploited Children, the Shieriff’s Office cold case investigators descended on Walterboro, South Carolina, a small city of just over 5,000 people about 50 miles west of Charleston and 200 miles north of Jacksonville.

The investigators tracked down a woman who had the same birthday as Kamiyah and discovered that fraudulent documents had been used to establish her identity. After the young woman – who now goes by Alexis – underwent a DNA test, they discovered that she was indeed the missing girl.

The young woman’s world has obviously been turned upside down – the woman she thought was her mother, 51-year-old Gloria Denise Williams, was arrested Friday, and she has suddenly learned that she has an identity and family she never knew anything about.

While her birth mother has yet to comment, Kamiyah’s birth father, Craig Aiken, said Friday was “one of the happiest days of my life” and added that Kamiyah is planning to come to Jacksonville to meet with them soon.

While this will all be a big adjustment, the sheriff said Kamiyah is taking it all “as well as you can imagine.” He added that she had apparently begun to suspect something wasn’t right with her situation a few months ago.

“This young woman was abducted as a newborn and she is going to need time and assistance to process all of this,” he said.

Nat Glover, who was Jacksonville’s sheriff at the time of the kidnapping, could not be more thrilled by the outcome of this case.

“I really like that this is a story that has a good ending,” he said. “Usually in law enforcement when someone is gone for a while, we assume the worst. But this one defied that notion and I am glad to find out she is alive and well.”

There are still many questions that need to be answered, such as what Williams’ motive in the kidnapping was, but for now Kamiyah is safe and found and hopefully she will be able to move forward with her life soon.

Were you amazed to see that this young woman was found after all these years? So share this!