New Mom Furious When Dog Jumps Into Shower, But Then He Leads Her To Baby’s Room… 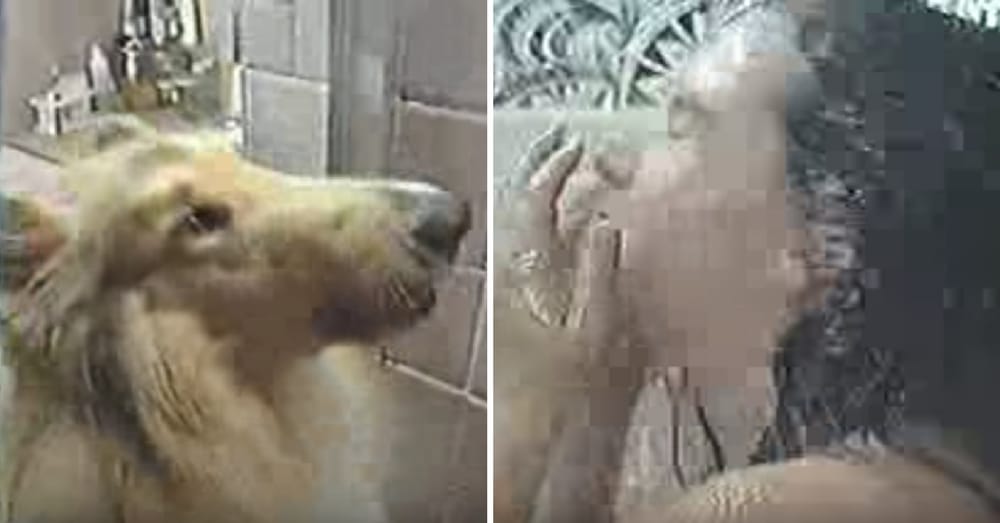 Mindy and Ron already had one child, but for some reason, after their daughter Rachel was born, their dog, Papillon, a two-year-old collie, began acting out. He started chewing up the furniture and barking all the time.

The family was ready to give him away to a new home. Little did they know he would turn out to be a hero.

Mindy was home with just baby Rachel and her nine-year-old daughter Amanda one day. Rachel had fallen asleep and Amanda was outside playing, so Mindy thought it was the perfect time to take a shower and maybe get a nap herself.

As she stood under the water Mindy could hear Papillon barking. That had become all too common, and she yelled at him to stop so he wouldn’t wake the baby, but then he raced into the bathroom and stuck his head through the shower curtain.

Mindy remembered watching episodes of Lassie growing up and though Papillon might be trying to tell her something. She quickly got out of the shower and followed the dog down the hall to the baby’s room.

When she looked in the crib she saw that Rachel’s lips were blue and she was unresponsive.

Watch the video below to see what happened next:

Thanks to Papillon, Mindy was able to find baby Rachel before it was too late.

The family will always be grateful to Papillon for saving Rachel’s life. He has a forever home with them!

Were you amazed by what Papillon did to save Rachel’s life? So share this!