Edible Six-Pack Rings Feed Marine Animals Instead Of Killing Them 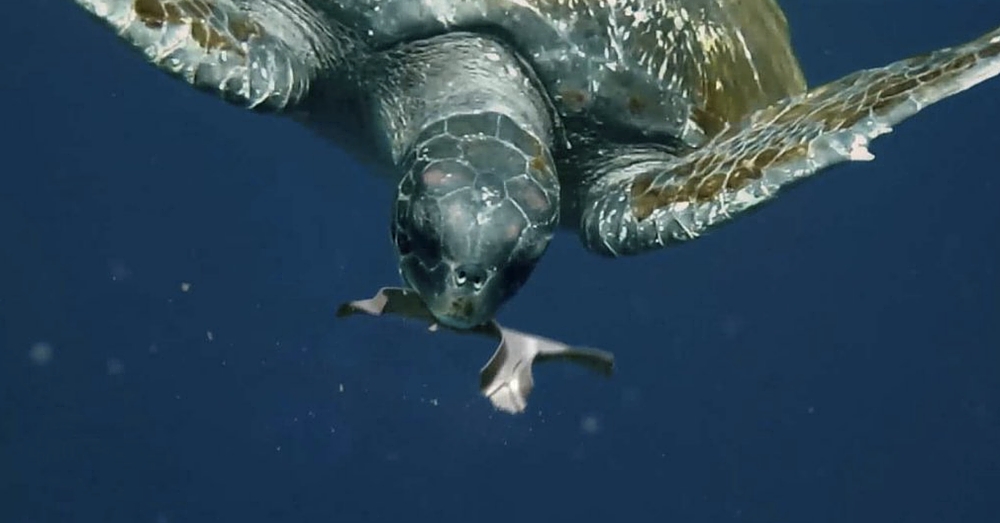 Most of us have seen the pictures of animals caught in plastic six-pack rings or dead after ingesting them.

Six pack rings can cause starvation; in this case, they restrict the ability to open their mouth. #RacingExtinction pic.twitter.com/6W2ahcdGdO

These plastic can holders make carrying beer or soda convenient, but too many of them end up in the ocean and cause a lot of harm to marine life. It is estimated that 1 million sea birds and 100,000 marine mammals and sea turtles become entrapped in or eat the plastic rings.

Saltwater Brewery in Delray Beach, Florida, was tired of seeing all the plastic in the ocean and the harm it was causing, so they came up with a brilliant idea – they created six-pack rings that animals can actually eat.

Made from beer by-products like barley and wheat, the rings are 100% biodegradable, compostable, and completely safe for humans and animals to eat.

The innovative design holds up just as well as its plastic counterpart. The only drawback is that they are more expensive to produce. For the people at Saltwater, though, the higher price is worth it. “It’s a big investment for a small brewery created by fisherman, surfers and people that love the sea,” said Peter Agardy, head of brand at Saltwater Brewery.

The brewery hopes that more breweries will join them in using the edible rings and more companies will invest in the product, bringing the production cost down and making them competitive price-wise with the plastic ones. “We hope to influence the big guys,” Saltwater Brewery President Chris Goves said. “And hopefully inspire them to get on board.”

In the meantime, their customers are willing to pay a little extra for a product they can feel good about, and Saltwater Brewery will keep doing what they can to help protect the ocean they love.

Do you think these edible six-pack rings are a good idea? So share this!