New Dad Texts Pics Of Wife And Daughter To Family, Then Has To Break The Heartbreaking News 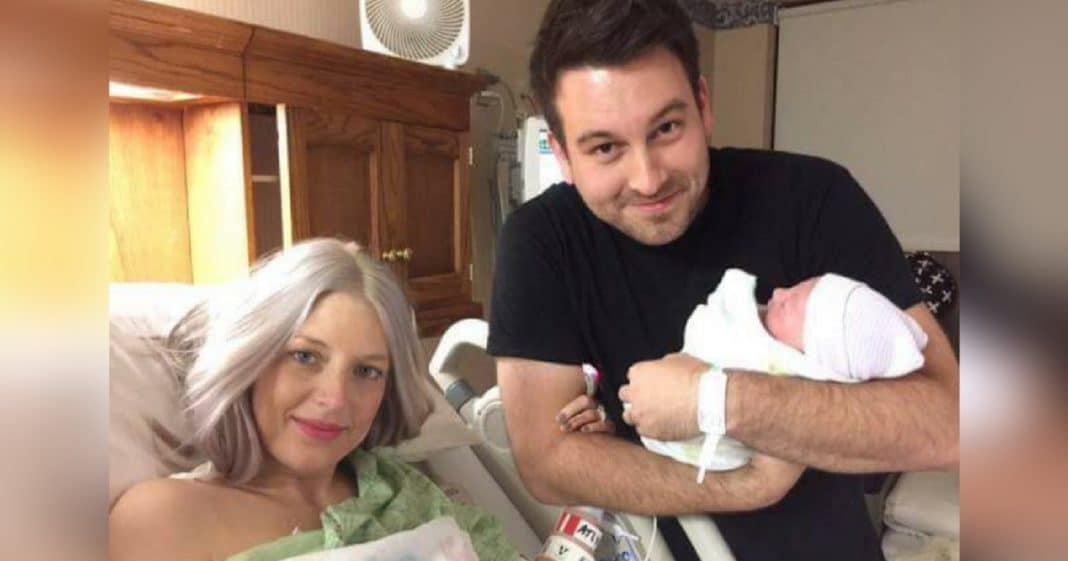 When Nathan and Megan Johnson found out they were expecting their first child together, they were over the moon. Megan immediately began to get things ready for little Eilee Kate’s arrival, and Nathan, a contemporary Christian music artist, was happy to support her all the way.

“She was so excited to meet that baby, and she had her name picked out and talked all about that,” said fellow Christian music artist and friend Francesca Battistelli.

Eilee’s due date was July 5, but when they went to the hospital on Monday for a check-up, doctors decided she should be induced. Everything went smoothly and Eilee was born at 2:40 a.m. on Tuesday.

Megan held little Eilee and fed her and Nathan excitedly sent pictures of his daughter to friends and family. They were already envisioning the bright future ahead for their little family.

But then, between 9 and 10 in the morning, tragedy struck. Megan began having complications and, though doctors rushed to help her, there was nothing they could do. She passed away within the hour. Eilee was only 8 hours old.

Nathan, of course, is heartbroken.

“Meg was his everything,” Josh said. “He doted on her in a way like I’ve never seen a husband do.”

Friends and loved ones quickly gathered around the widowed father, trying to help and support him in whatever ways they could. People offered to bring him food, run errands, cut his grass, and buy him diapers.

“It’s a beautiful thing to see,” Francesca said. “It was amazing how many people were surrounding him.”

A group of about 30 local friends and family quickly raised about $12,000 for the grieving father, but Josh decided to take things one step further. He thought some of Nathan’s friends outside of their hometown of Nashville might want to help too, so he set up a GoFundMe campaign.

Josh’s original goal was to raise $40,000 so Nathan could take some time off of touring and still be able to cover his bills and expenses, but the response he got left him stunned.

When Nathan heard about this incredible outpouring of love and support, he was overwhelmed.

“He wept when he heard,” Josh said.

Nothing will ever take away the grief of losing his precious wife, but Nathan knows he has the love and support of thousands all over the world.

Even more than that, his faith in Jesus Christ is helping him through his loss.

“Nate is a believer in Jesus,” Josh said. “We have grieved in hope, but we believe Meg is with Jesus and one day we will be too, so that is how we grieve with hope.”

We know things will be difficult for Nathan and Eilee, but we also know Megan’s life, love, and legacy will stay with them for the rest of their lives.

Already, Megan has touched so many through her death. She herself was a heart transplant recipient and a staunch advocate for organ donation. Josh said her organs will help save the lives of 50 people and her eyes will help two blind people see.

Will you join us in keeping this heartbroken family in your thoughts and prayers? So share this.