She Never Thought She’d Hear Her Husband’s Voice Again. Then They Hand Her A Recording… 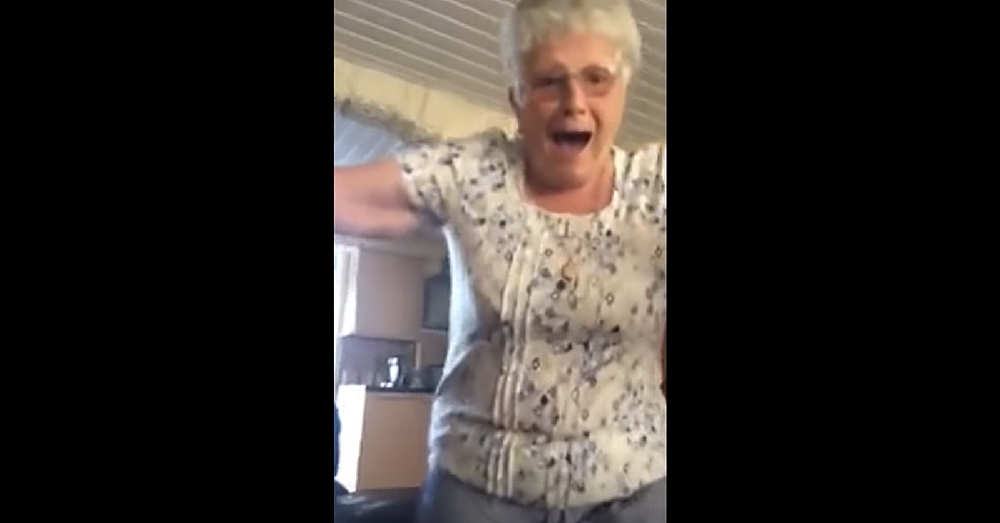 83-year-old Jean Walters, who suffers from dementia, lost her husband, Dennis, to lung cancer in 2005.

A month before he passed, knowing he might not live much longer, Jean’s granddaughter, Abbie Webb, gifted her grandmother a teddy bear that held a recording of Dennis’ voice. When Jean squeezed the bear she could hear her husband again, telling her, “You’re the best girl in the world for me.”

Recently, though, the voice recording broke and Jean was unable to play it anymore. Abbie knew how much the recording meant to her grandmother, so she was determined to get the bear fixed. She found a company that promised to do what they could to fix the recording, and thankfully they were able to salvage it.

Abbie couldn’t wait to give the new and improved bear back to her grandmother, and she decided to record the exchange. She knew her grandmother would be pleased, but she wasn’t ready for just how excited she would be.

Click below to see the sweet moment Jean hears her husband’s voice again:

“With her dementia, she gets quite confused with emotion and sometimes she loses track of things, so I imagined she was just going to say, ‘Thanks,'” Abbie said. “It shocked me and all of my family that she was that taken aback by getting it back. It has helped her through so much. She listens to the recording every day.”

Were you touched by this woman’s sweet reaction to hearing her husband’s voice again? So share this!