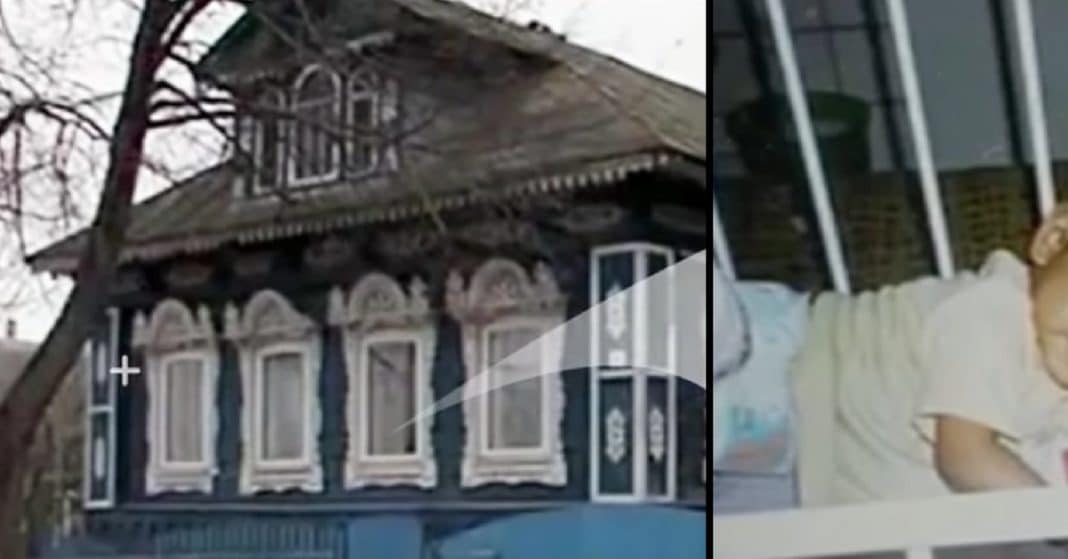 All children should be loved and cherished. They don’t ask to be brought into this world. They shouldn’t need to ask to be cared for, especially by those who are supposed to love them – their parents.

There are no crimes worse than those committed against the most innocent. Abandonment is perhaps one of the cruelest. Children understand pain, but they don’t have the maturity to process abuse or victimization as do adults. When an adult realizes they were abused or abandoned as a child, they can feel as though they’re experiencing the trauma all over again.

Over ten years ago in the Russian town of Yaroslavl, residents heard crying coming from one of the houses in the town. The wailing was unceasing.

For days, neighbors watched the house. No one entered or left. Finally, the police were called. To their horror, they found 1-year-old Liza Verbitskaya crawling around the abandoned structure, no one else in sight.

She’d been left by her parents days earlier. The police attempted to track down little Liza’s parents but were unsuccessful.

Liza was taken to a hospital for evaluation. Her chances for adoption were slim because the country was socially regressive and people were not very accepting of her darker skin.

While at the hospital, Liza would cross paths with a woman who would change her life.

Inna Nikka was at the hospital visiting her ill son when she met Liza after the little girl had a crying fit in her room. The mother resolved to visit the child as often as she could.

During her daily visits to Liza, Inna developed a maternal bond with the child. She’d bring her clothing and food.

One day when she went to see the little girl, Inna discovered Liza had been discharged from the hospital. She hadn’t been adopted, so she had been sent to an orphanage.

Heartbroken, Inna was unwilling to abandon the little girl. She started the long, arduous process of adopting her.

It took a year, but Liza was finally Inna’s child.

Her new mother accepted the child into her home as though she were her own blood, but Liza’s assimilation into Inna’s family wasn’t smooth.

Though young, Liza was still traumatized by her initial abandonment by her natural parents. She was terrified of abrupt loud noises and had motivational difficulties learning to walk and eat.

Inna remained patient. She worked with Liza to lift her self-esteem and confidence by signing her up for ballet and introducing her to the arts.

But the time she was twelve, Liza had won several talent contests and beauty pageants. She’d even signed a modeling contract, making her somewhat of a minor celebrity in Russia.

Then one day, Liza’s birth mother – the one who abandoned her in that empty house back in Yaroslavl – reached out and wanted to have a relationship with her daughter.

Like a good mother, Inna didn’t judge. She took down the woman’s information and decided to leave the decision of reuniting with her birth mother up to Liza.

Thanks to Inna, Liza has the self-confidence and inner strength she’s needed all along. Inna never gave up on her. Liza has come a long way from that traumatized child crawling on the dirty floor of that lonely house.

Inna and Liza’s relationship has been built on love, emotional affection, and endearment. Inna loves Liza like every mother should, giving her true acceptance and kindness. She had the patience to develop her inner confidence which allowed her to grow into a beautiful young woman, inside and out.

Their story is a beautiful reminder for all of us to show more kindness, compassion, and love. That might be just what someone needs to come out of their shell and become the person they were meant to be.

Were you amazed to see Liza’s transformation after Inna adopted her? So share this!