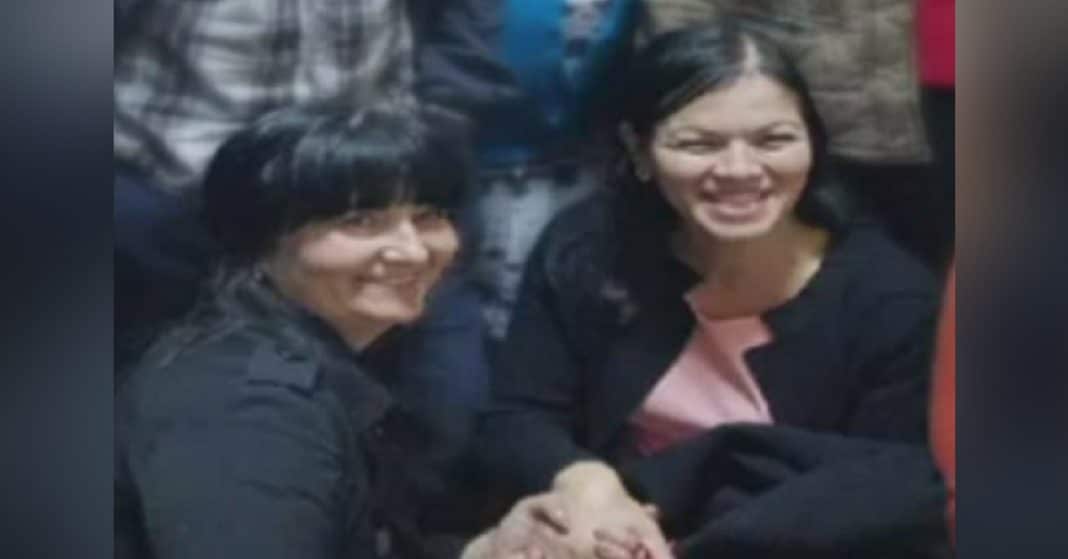 Stories of babies being switched at birth are circling the media more and more thanks to our newfound technology and ever-growing means of communication. There was even a hit television show called “Switched at Birth” that centered around two families coming together as one once they realize they each took home the wrong baby.

It’s something most parents would rather not even think about. Mothers don’t want to believe that the child they have grown to love and adore is actually the child of another mom.

One family proudly chose the latter.

In 1978 in Moldova, Vera Lashtur gave birth to a beautiful baby girl whom she named Tatyanna. At the hospital, Vera shared a room with another mother who had also given birth to a baby girl.

Vera’s neighbor was friends with the mother who had shared a delivery room with her. As the daughters, Tatyanna and Valentina, got older, the neighbor began to circulate rumors about the two girls possibly being with the wrong families because of how they looked.

Eventually, the other family moved to Russia and the Lashturs moved to the United States, but the thought that the girls might have been switched at birth always lingered in the back of their minds.

Years later, the Lashtur family found Valentina on Facebook and they were shocked by what they saw.

“Seeing pictures of Valentina was the initial proof that she could be our sister, but there was still a percentage of uncertainty and we needed the DNA tests to be 100% positive,” said Anatoliy Lashtur, Vera’s son.

A Russian television show paid for the girls to have a DNA test done and it confirmed what had been rumored all those years before: the two had, indeed, been switched at birth!

Upon discovering this information, the two families met up and the reunion was, to say the least, very emotional.

“That was the first time we had the opportunity to see our birth sister Valentina, hug each other and cry together. That moment and day will always be special in our lives,” Anatoliy said.

Despite what the tests say, the Lashtur family has declared that Tatyanna will always be their family, biological or not.

“I spoke to my sister who I grew up with and told her that I love her and nothing changes,” Anatoliy said. “To us she will always be our sister — we’ve just gained more family.”

It is very heartwarming to see how these two families handled the shocking news. Even more, that they have decided to come together and recognize their biological family members. We are hoping the best for this beautiful connection.

Were you shocked to find that the rumors were true? So share this!