Mugger Tries To Rob 85-Yr-Old Man, Learns The Hard Way What He Used To Do For A Living 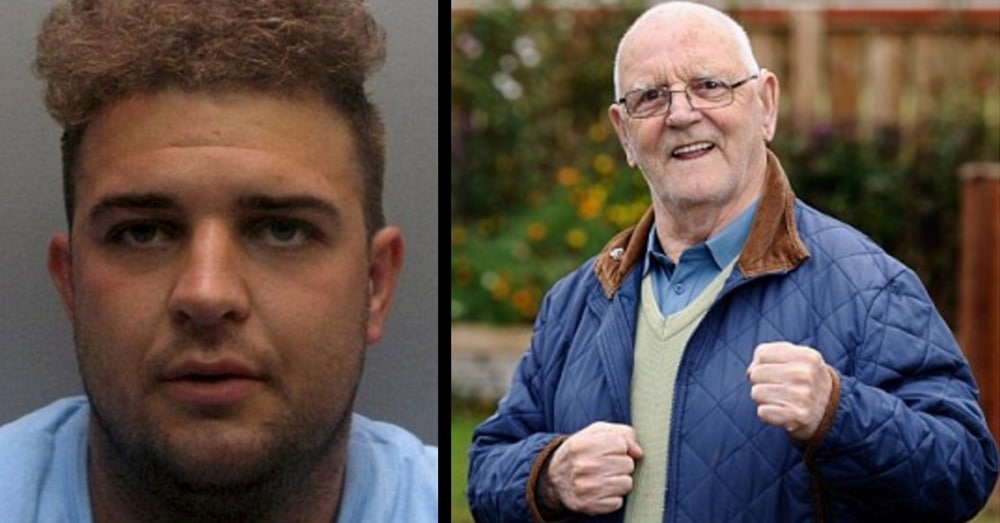 Mugger Daniel Rose was messing with the wrong guy when he tried to rob 85-year-old Ernie Hanratty!

Ernie was walking back from the shop where he had just purchased some newspapers when Rose grabbed him by the lapel and told him, “Give me £20 and I’ll let you go.”

Little did Rose know, though, that Ernie was an amateur boxer and a footballer in his day.

“I grew up knowing how to look after myself and nobody pushed me around,” Ernie said. “I boxed at Stanley Boys Club and I wasn’t a bad fighter, but football was my game so I only had three fights.”

Ernie grabbed Rose by the wrist and told him, “You’ll bloody go but you’re not be getting any £20.”

The two had a brief scuffle during which Ernie fell, giving Rose just enough time to escape with a couple of newspapers.

Thankfully Rose was apprehended and jailed for two-and-a-half years for his crime, though he says he does not remember it as he was on drugs and a drinking bender at the time of the altercation. He has since expressed remorse for his actions.

As for Ernie, he’s glad Rose was caught and jailed and hopes it will teach him a lesson.

“He deserved to go to jail. I hope it teaches him a lesson, but in my day you had more respect than to act like that,” Ernie said, adding, “If I’d been a few years younger he’d have been on the deck in a second.”

Were you glad to see 85-year-old Ernie hold his own and get justice? So share this!