Mugger Attacks 76-Yr-Old In Parking Lot. Then This Navy Veteran Shows Up… 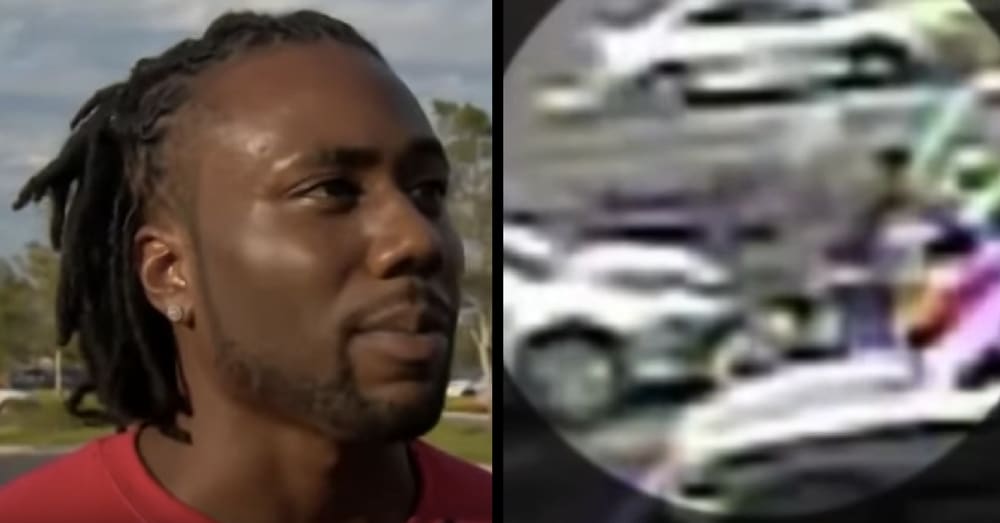 Navy veteran Kendrick Taylor was walking through the parking lot in front of a Winn-Dixie grocery store in Florida when he heard a woman screaming for help.

When he looked toward the direction of the screams he saw a thief assaulting an elderly woman, stealing her purse and trying to make a getaway on a bike.

Without a second thought, Kendrick, along with two others, gave chase.

“When I looked down I didn’t know if he had a knife or a gun,” Kendrick said, “but I just saw the lady – she was so old. and when he threw her down, she was so fragile and I knew she needed help.”

Kendrick chased the mugger and finally caught up with him, throwing him to the ground. He held him there until police arrived.

Thankfully the victim, 76-year-old Rosemary Carelton, was not injured except for a few cuts and bruises.

The attacker, who was already on probation, was charged with robbery and attempted battery on a person 65 or older.

As for Kendrick, he received the Medal of Merit from the Orlando Orange County Sheriff’s Office for his bravery, but he insists he’s not a hero.

“What if that was my grandma?” he asked.

Watch the incredible footage of Kendrick’s heroic takedown by clicking on the video below:

Do you think Kendrick is a hero? So share this!