Motorists Hear Screams From Side Of Road, Find Baby Girl Abandoned Inside Cardboard Box With A Note 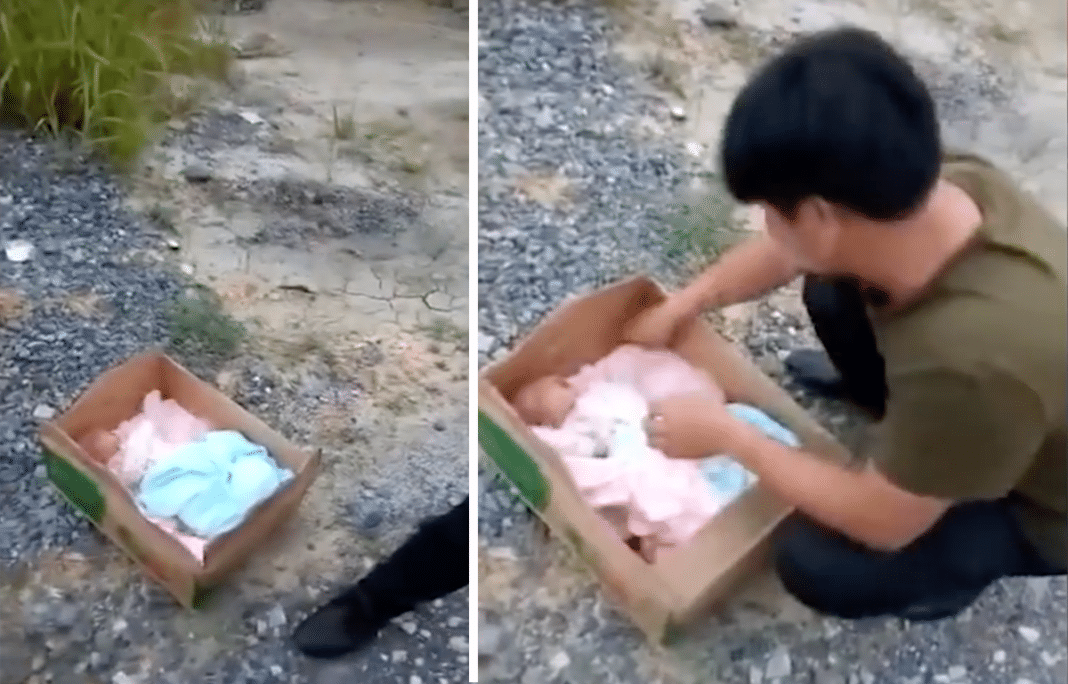 Motorists heard cries coming from the side of the road in Hechi city in southeastern China. Moving closer, they see that the noises are coming from inside a cardboard box.

Baby girl is found abandoned in a cardboard box on a village road before being saved by motorists in China https://t.co/CxSfdF6bk3

They couldn’t believe their eyes as they looked inside: a tiny infant wrapped in a blue blanket lay inside screaming loudly.

While one of the men inspected the box closer, another filmed what was happening on a phone.

Then, they find a letter inside that reads: 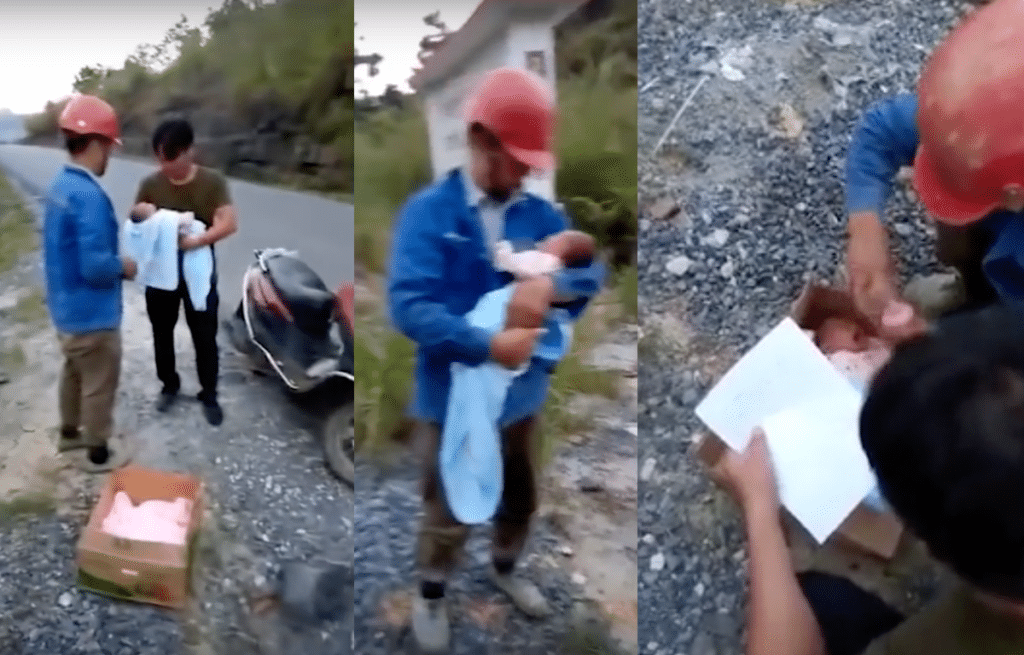 There is no other explanation for why she was abandoned, but clearly, someone took the chance that she would be found.

They find an almost empty bottle, and another man moves to pick her up, giving her some comfort in the hopes she will stop crying.

The men wait for the police to arrive, standing together with the 2-week-old baby on the side of the road. When they arrive, she is taken to the hospital, where she is reportedly in stable condition.

Police now hope to track down her missing parents, but if they do, they could be sent to prison for up to three years for abandoning their baby.

After the video was shared online, she received many requests for adoption but remains in the custody of the Chinese government at Huanjiang People’s Hospital.

A traditional preference for baby boys and a one-child-policy law that was changed in China in the mid-80’s led to the seeming disappearance of some 30 to 60 million girls.

Although many speculated that the girls had been killed by abortion or infanticide, researchers are finding that many may actually survive, undocumented and concealed by local officials in China.

See the video from the Daily Mail below: