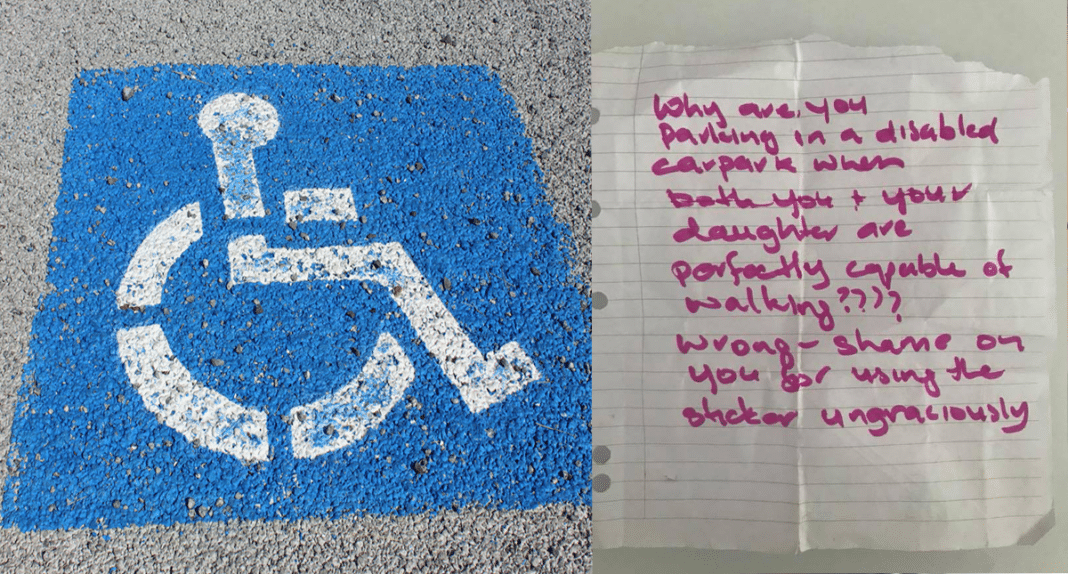 A loving mother’s response to a callous person’s anonymous letter on her car reminds us all that we shouldn’t judge people’s life stories by looking at them. You never know the kind of struggles they might face and disabilities aren’t always visible to the eye.

The mother, Shanell Beriman from Queensland, Australia had taken her daughter to a popular shopping center and parked in a space reserved for the disabled. Even though she displayed her Disability Permit, a passerby apparently judged the situation on sight and left a note on the car.

“Why are you parking in a disabled carpark when both you & your daughter are perfectly capable of walking??? Wrong-shame on you for using the sticker ungraciously,” said the anonymous note in bold pink lettering. 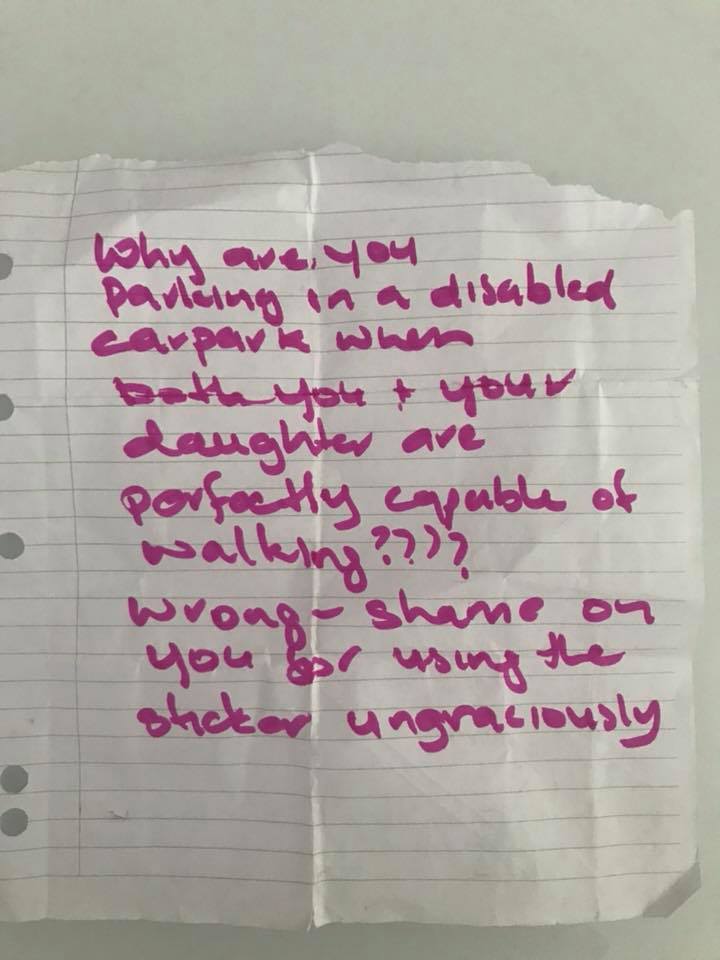 As it turns out, Shanell Beriman’s daughter has a rare condition called Joint Hypermobility syndrome, as well as a rare genetic disease called “Glycogen Storage Disease,” which affects her daughter’s heart, liver, and muscles through muscular dystrophy. The disease currently has no cure.

Her daughter, who is often confined to using a wheelchair, a walker, or staying in bed on bad days, was having a good day, and her mother wanted to encourage her to walk the short distance to the store.

“I try to make her walk short distances where possible and when possible, though she does fatigue easily and quickly (As a matter of fact, she’s spent most of the afternoon in bed since our visit to the shop),” said Beriman.

Her routine involves multiple doctors and specialists. She’s fed from a Gastrostomy tube in her stomach and is kept alive by being attached to a pump all night.

Shanell noted, “There’s a million other things I could add as they are not her only conditions.”

She says that even though it wasn’t really this person’s business in the first place, she would have happily contacted the note writer to ease their mind if they had been brave enough to leave their contact information.

“[…] Not that I needed to but because it would have made you think differently. “Don’t judge a book by its cover”

“I just hope from reading this, that you and others like you are not so quick to judge people in the future. You never know a person’s story by looking at them,” said Shanell.

It’s a great reminder for everyone to be less judgemental and more compassionate. You never know what struggles others are facing, and it’s better to approach others with kindness and compassion before making a regrettable snap judgment.

Not every disability is visible, so it’s best not to make assumptions.

We wish Shanell and her daughter health, prosperity, and fewer encounters with people like the person who wrote this note.