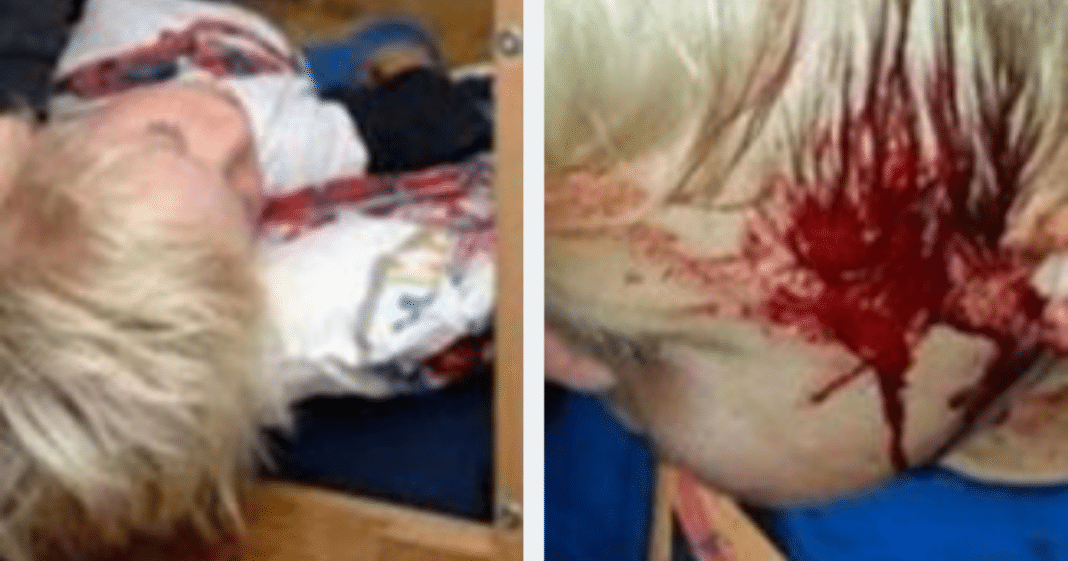 A horror movie became real for one Australian woman, Tamara and her six-year-old son, Tyler. Responding to blood-curdling screams from his room, she could never have been prepared for what she saw: a 10-foot long snake was biting Tyler on the face.

It’s a horrifyingly true story from Macksville, New South Wales on the East coast of Australia.

“It was a terrifying scream and I didn’t know what had happened – I certainly didn’t think it involved a snake,” said Tamara.

Tyler was sleeping on the top of his bunk bed when the enormous carpet python somehow gained access to the room. After making its way to the top bunk and wrapping itself around the boy’s belly, it bit him on the hand and then started to bite the side of his face.

The horrified mother leaped into action and bravely wrestled her son away from the snake.

“I tried to pull Tyler from the bed but he didn’t come with me … I had to roll him, then pull,” she said.

Even amid the struggle, she wasn’t sure he was fully awake:

“I saw his face and the blood and his eyes were still closed so I don’t think he was fully awake.

After she had freed her son from the python, he wouldn’t let her see the bites.

“I tried to check him over but he wouldn’t let me touch him anywhere.”

Tamara’s cousins arrived minutes later to contend with the angry snake while she drove her son to the local hospital.

Her cousin Brady killed the snake with a wooden pole after chasing the angry creature under a cupboard.

A family friend posted the picture of him holding up the huge serpent on Facebook, but it’s actually longer than what it appears in the photo. Parts of it curl around his hand and drape on the ground. 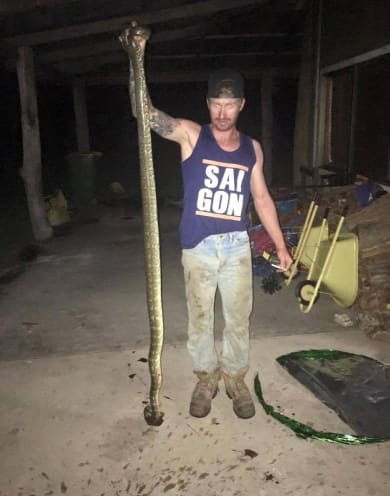 In another photo, we see Tyler’s bloody face where the snake had latched on. 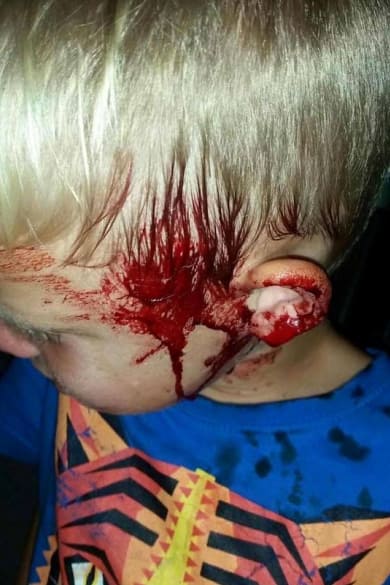 Tyler’s face after wrestling the snake away.

Miraculously, her son had no memory of being bitten by a snake at all and was fine after treatment. It was Tamara who was more shaken up than he was.

“He was only complaining about his finger hurting. He tapped his head on the way to the hospital and he asked me why he was bleeding.

“He wouldn’t know that a snake had bitten him if we hadn’t told him or if people hadn’t been talking about it.”

“Tyler doesn’t remember anything – which is the best part,” Tamara said.

The snake wasn’t venomous, and snake experts believe it had mistaken the boy’s head for its’ typical prey, a brush-tailed possum.

Here, a woman in another part of Australia witnessed a brush-tailed possum save its baby from a carpet python in her backyard:

A woman in Queensland has captured a life or death struggle in her backyard between a carpet python and a brush tailed possum. #7News pic.twitter.com/WDKUzwl2zw

There was clearly no chance that the boy could have been eaten by the snake, so the experts believe it had made a major miscalculation of his size. An incident like this is extremely rare and unheard of.

The general manager of the Australian Reptile Park, Tim Faulkner said it was “a freak accident on the snake’s behalf.”

This particular species is usually quite harmless, and valued for its role in killing vermin.