Mom Of 3 Gunned Down In Her Front Yard, Fought To Live Long Enough To Deliver Unborn Child 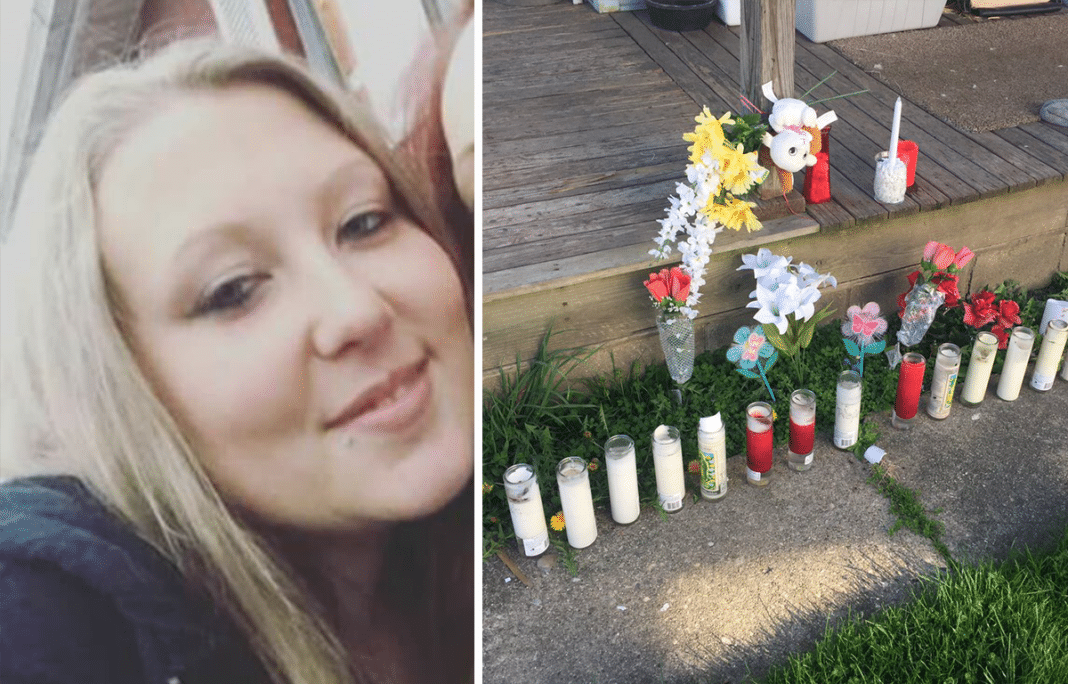 Lindzie Wilson, a beautiful 25-year old mother of two boys in Springfield was engaged to be married. She was pregnant and expecting her third child in a little over a month. That’s when she was shockingly gunned down in the front yard of her home on March 1st.

One of the bullets narrowly avoided her unborn child. Another shot in the head fatally wounded the expectant mother.

Linzie was days away from her 26th birthday.

Police continue to search for the killer of Lindzie Wilson. She was 16 weeks pregnant when she was shot in the head in her own front yard. She has passed away, but doctors were able to delivery her baby boy at 24 weeks. https://t.co/ByAxh5qisU @KellyFOX45Now pic.twitter.com/V3kb9v5gTw

Lindzie fought to stay alive, remaining on life support for over a month, long enough for doctors to deliver her baby boy, Bailee, at 24 weeks.

It was called a miracle that her baby survived, but sadly, his mother would not recover. She was taken off life support and passed away. Her killer has not been found.

Now Lindzie’s mom is grateful for the “blessing” of her third grandchild and mourning the senseless and tragic loss of her daughter, which she says caused her “indescribable pain.”

“ [Lindzie] fought hard for Bailee. She held on for him. She held on as long as she possibly could,” said LeighAnne Roberts.

Roberts said she was the first person to know Lindzie was pregnant with her third child. The name, Bailee was what his mother would have wanted.

I talked exclusively with Lindzie Wilson's mom– she said she sat with her daughter every day while she was in the hospital before she was taken off life support, and was the first person to know Lindzie was pregnant, including Lindzie. @ABC22FOX45 pic.twitter.com/1hVbEuGqH9

Bailee remains in the neonatal intensive care, doing well, and will be taken out of the incubator on August 15th, which would have been Lindzie’s due date.

“He’s definitely a blessing,” said Roberts. “I’m sure [Lindzie’s] up there watching this and is happy about how things went.”

Brendan, 8, and Bentley, 5 are being cared for by their father.

A GoFundMe has been set up to help pay for medical bills for the family.

Lindzie’s best friend described her as a kind person, and is seeking justice in her killing:

“Lindzie was a beautiful kind-hearted person,” said Jana Yates, who was best friends with Wilson for more than 20 years. “She would help anybody if she could. She did not deserve this and to the coward that did do this their day will come justice will be served one way or another.”

The shocking murder is the second involving a pregnant woman in Springfield in two months.

“Wilson is the second pregnant woman in Springfield to be shot in the head in the last two months. Lindsey Marsh was killed on April 5, and the father of her child, Travis Hypes, is charged with murder in Clark County Common Pleas Court.”

Memorial set up for Lindzie Wilson of Springfield, who was pregnant when she was found shot outside an Oak street home back in March. She delivered her baby this week, and then was taken off life support– story tonight after the #NFLDraft18 on @ABC22FOX45 pic.twitter.com/r0DobnfQRi