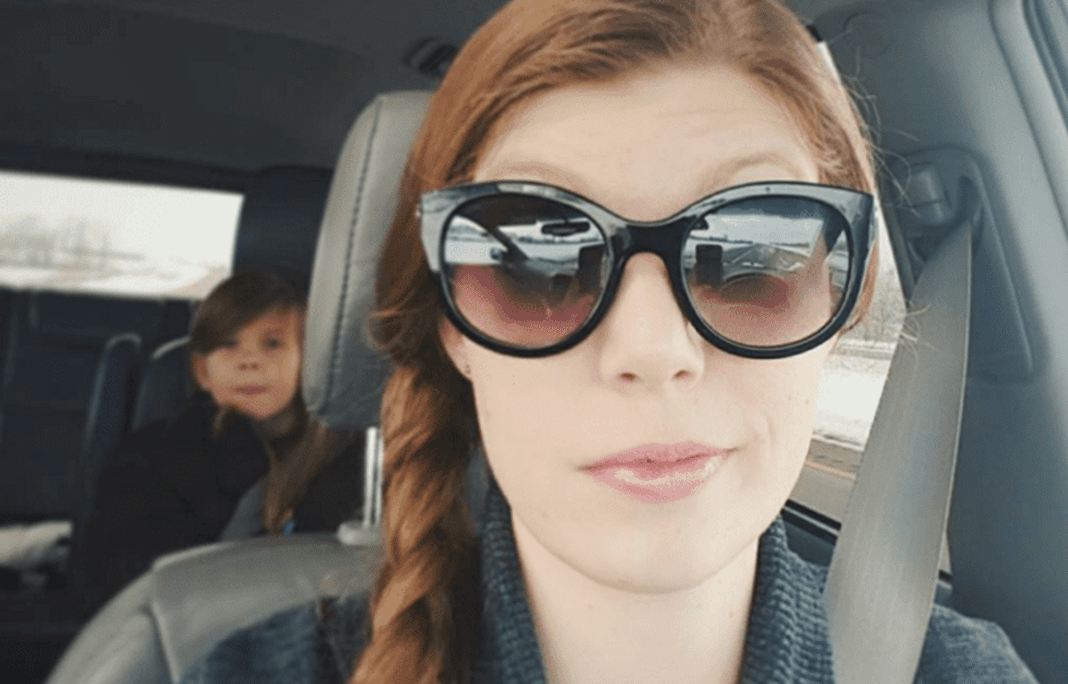 A Columbus, Ohio mom was one of most people who would say “I would never forget my child in a hot car.” She found out the hard way that even the most careful of parents can do just that. Even the most intelligent and capable of small children can become panicked, and find themselves trapped in minutes.

Intensely unamused to find out that Ohio just repealed the part of their law listing the deed to your house as an approved document for proof of address to get an Ohio state drivers license. BMV vs. Amy Round Five: I lose again. I'm going to the bank to get proof of address on their letterhead with my name on it, and then I shall return tomorrow for BMV vs. Amy Round Six. IT SHOULD NOT BE THIS HARD.

Photographer Amy Amos was devastated after realizing her 3-year-old son, Henry was left alone in the family car for ten minutes.

“Thank God it was only ten minutes. I may never recover.”

How did it happen? The mom, who was pregnant with twins at the time, had taken her kids to the pool and when they returned, she unbuckled Henry from his car seat and opened the car door wide. She headed for the house laden with wet towels, swimming trunks, and her camera equipment.

She was confident the older kids in the car would escort Henry inside the house, but then ten minutes went by and she realized he was missing.

“The doors were shut, he was sweating and sobbing with his face pressed against the window.”

“Ten minutes while we were distracted, and he was trapped in the car.”

Henry had been laying on the floor of the car looking for a flip-flop. Nobody saw him there, and one of the kids closed the car door, thinking everyone was out. They didn’t want to get in trouble for draining the car batteries, so the door was closed.

Although he was a strong capable young boy, he panicked. Unable to get out, he cried, but nobody could hear him.

Amy realized that kids can be trapped in cars very easily, with deadly consequences. She posted about her story in a local parenting group, and a friend said they knew someone whose 4-year-old child had died inside a hot car.

“They found him trying to get the door open to get out, but it was too late.”

Following the scary incident, Amy decided to send a warning to all parents and families with young kids: Train them to check carefully before closing car doors.

She also suggested that training young kids how to get out of seatbelts and find a way out of the car should be as essential as fire drills or teaching them how to swim. It could save their lives. Although we all want to think we couldn’t possibly lose track of a child in a car, it can happen to the best of us very quickly.

“Please take ten minutes of your day and be sure your kids at least know how to push the buttons and honk the horn if they accidentally get in the car alone, and have them practice opening the doors from the inside if they’re strong enough. Remind your friends with small children to do the same. You never know, they could get into the car when you least expect it. Knowing how to get out might save their lives.”

Thanks to Amy Amos for sharing her story. We are happy to help spread her advice to everyone we can.