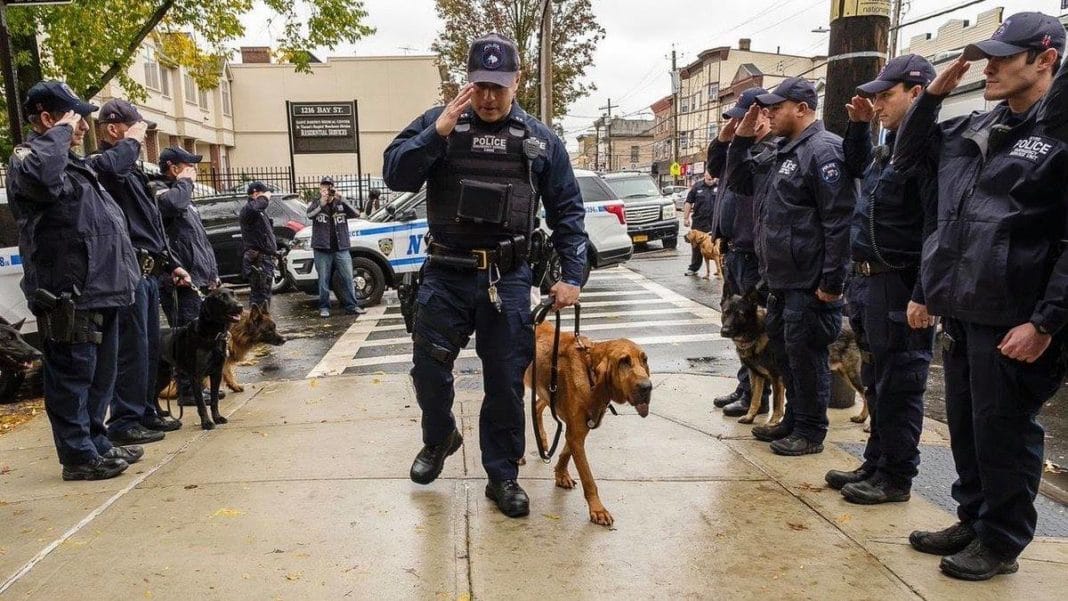 Called K-9s, police dogs are members of the police force they serve with and are considered by officers to be police officers the same as their human counterparts.

One such canine hero named Angel spent her five-year career helping to find both criminals and missing autistic children. She even once tracked down a “big time perpetrator over a two-mile track,” her partner said. Lt. Richard Sanossian described Angel’s special talent as an “unbelievable nose.”

Angel had an unusual terrain: tracking on asphalt in an urban environment, which made her job harder than that faced by most K-9s, who typically searched in fields and dirt.

Described as “another hero gone too soon,” Angel was put down this month after she lost her battle with cancer after being diagnosed in August. Cancer was the one bad guy she was unable to defeat.

Another hero gone too soon.

K-9s are treated as partners by the officers who they’ve been assigned to, and they’re with their partners “24 hours a day, seven days a week.” It stands to reason that the partners become close and share a strong bond.

“She was a trooper, man. She was strong,” Orellana shared. “She’s gonna be missed. She was a good dog … She was my woman.”

Orellana and Angel lived together in their Farmington, Long Island home.

#NYPD ESU #K9 is sad to announce the passing of 4 year old Bloodhound Angel after a brief fight with cancer. Angel seen here with her sister Liu Liu are both named in honor of hero Detectives Ramos & Liu who were tragically shot and killed in December 2014. #RIP pic.twitter.com/4evdVXZqFe

On Instagram, after sharing a photo of Angel, one commenter said “you’re famous, bro,” speaking about Orellana. Orellana was quick to correct him. 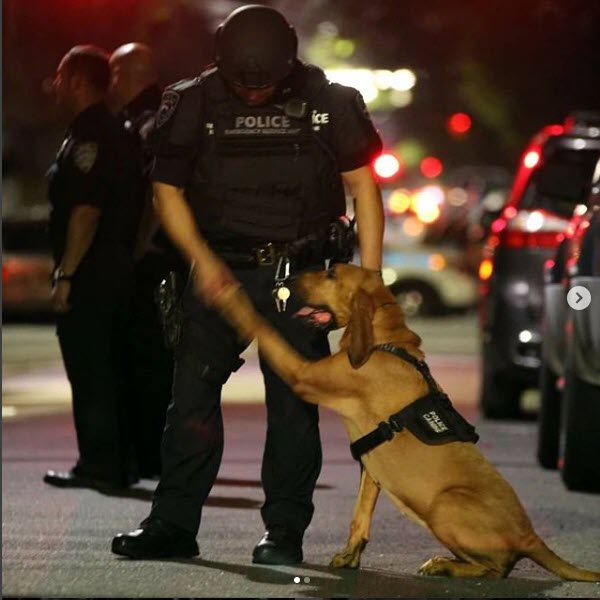 Even though they typically work with one person, a K-9s role is to serve the community as a whole, as well as their entire police department.

At Angel’s last walk, she was honored by the New York Police Department as she walked down a street between the officers. More than 20 police officers saluted the heroic K-9 as she walked by them with her partner at her side. She was even honored with an NYPD aviation flyover as she took her walk into the Rosebank Animal Hospital in State Island.