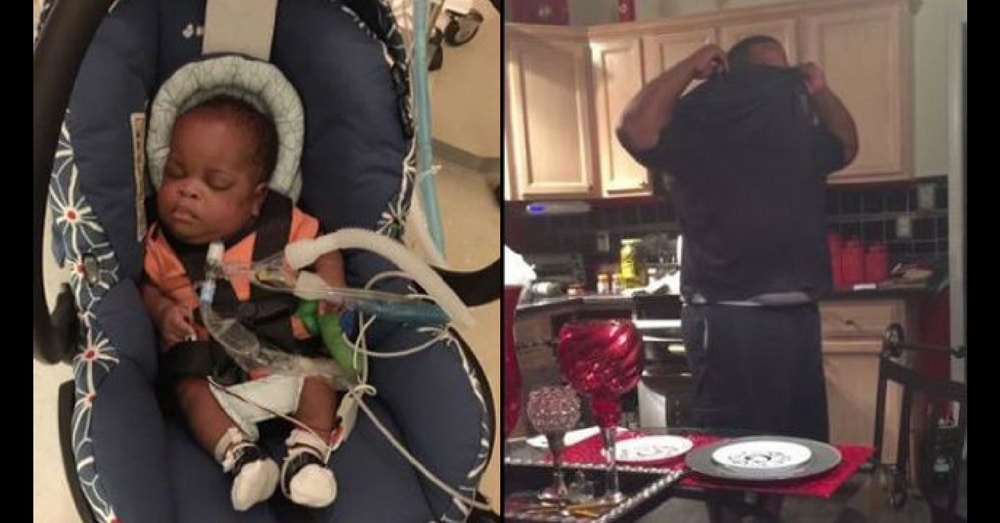 Kaleb Graves was born 16 weeks early last October, but his story started weeks before that.

His parents, Dana and Arkell Graves, went viral when Arkell broke down upon finding out his wife was pregnant. After four miscarriages and a stillbirth during their 17 year marriage, the couple had given up on trying to have a child.

At age 41, Dana found out she was 19 weeks pregnant and decided to surprise her husband by putting a bag of buns in the oven with the sonogram picture. Arkell openly wept as his wife filmed the moment.

Since his birth, Kaleb has struggled with many medical issues, including undergoing a tracheotomy, and had to remain in the neonatal intensive care unit at the Virginia hospital.

The family posted on its Facebook page Tuesday that Kaleb and his family are final going home.

Head over to WSBTV to watch the initial viral video and see more pictures of sweet “Baby Buns.”