Owners Drive 1,000 Miles To Get Their Injured Pup Back After Monsters Kidnap Beloved Dog 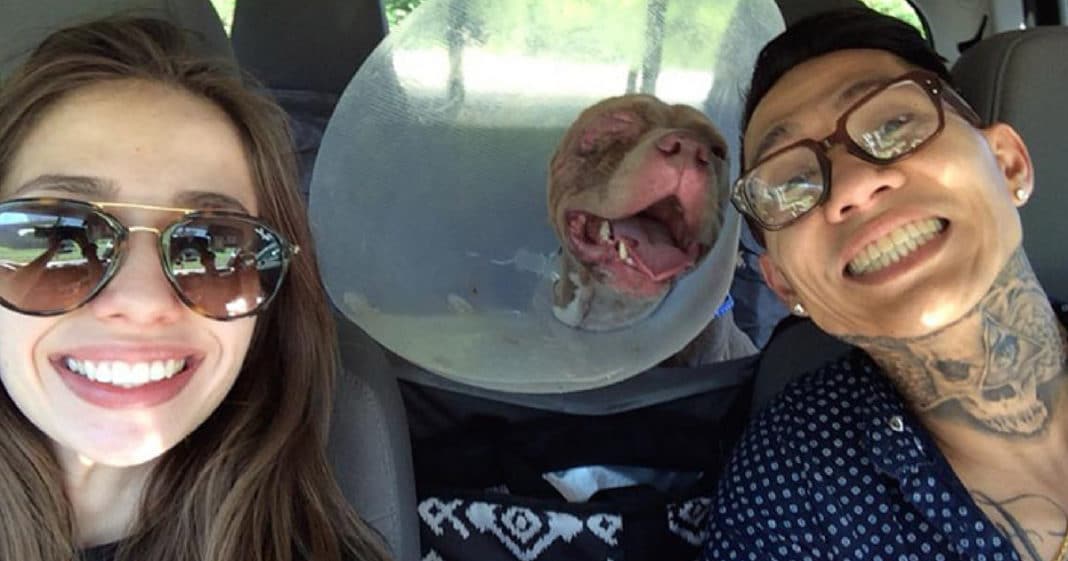 It’s no surprise the links some pet owners will go to for their animals. It’s the unconditional love that drives them to this. Making the trip from Katy, Texas to Greenville, South Carolina is no big deal for Dara Prak and his girlfriend. Titan, their pit bull was stolen from their yard over four months ago.

One day, Prak received a call from the SPCA in Greenville. Once he realized the phone call inquiring about whether he’d lost a dog wasn’t a joke, the two prepared for the 1000-mile road trip.

“I never lost hope, I continued to carry his leash and collar in my car with even higher hopes of the day I see him and bring him home,” Prak said.

Prak was devastated to learn his dog had suffered severe injuries to his left eye. “When the lady sent me a picture of my baby Titan I lost myself and cried cause he looked severely  abused and mistreated by the monsters who kidnapped him from my house.”

Despite his wounds, he couldn’t wait to see his precious boy; all that mattered was Titan was coming home. The reunion at Greenville County Animal Care was captured in a Facebook Live video, taken by  Prak’s girlfriend, Kara Hills. Prak was brought to tears, and it’s totally understandable. The suspense captured in the live video is almost unbearable because you know what’s coming. But the wait is worth it.

See for yourself. And have the tissues handy.

How can you not LOVE this story? Titan is back in Texas! He's been missing for months. You'll never guess where the dog ended up. You've got to share Titan's story. It's a powerful reminder to microchip your pet. Read & watch Titan's full story here -> abc13.com/3570071.

It’s unclear how Titan received his injuries. The folks at the Greenville shelter believe the pit bull was harmed by either a human or another animal. What they do know is that it was Titan’s microchip that made this touching reunion possible.

“Titan is happy to update Y’all that he is finally home and on the road to recovery,” Hills wrote in a Facebook post. “We are beyond grateful for officer Jennifer Cavanaugh at the Spartanburg  Animal Control, vets, and assistants at the Greenville County Animal Care and all friends, family, and supporters who have been with us and made this reunion possible. Thank you, everyone.”

A GoFundMe page Prak established has exceeded its goal of $5,000. This will help cover Titan’s medical expenses. 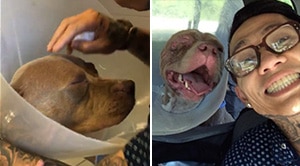 On the page, he included some words of encouragement to those pet owners whose animals go missing: “Never lose hope of bringing our babies home, cause in reality; dogs, cats or any animal for that  matter are not just ‘Pets,’ they are our babies, and they will forever be a member of our family.  Take care of them, Love them and they will do the same for us.

“Amen! Treat your animals right they’ll return your affection tenfold. Have them fixed and be sure they have a microchip with the correct contact information set up. If titan didn’t have that chip, he wouldn’t be with his loving family.