Monster Throws Dog Over Fence After She Gives Birth, But Then Stranger Changes Everything 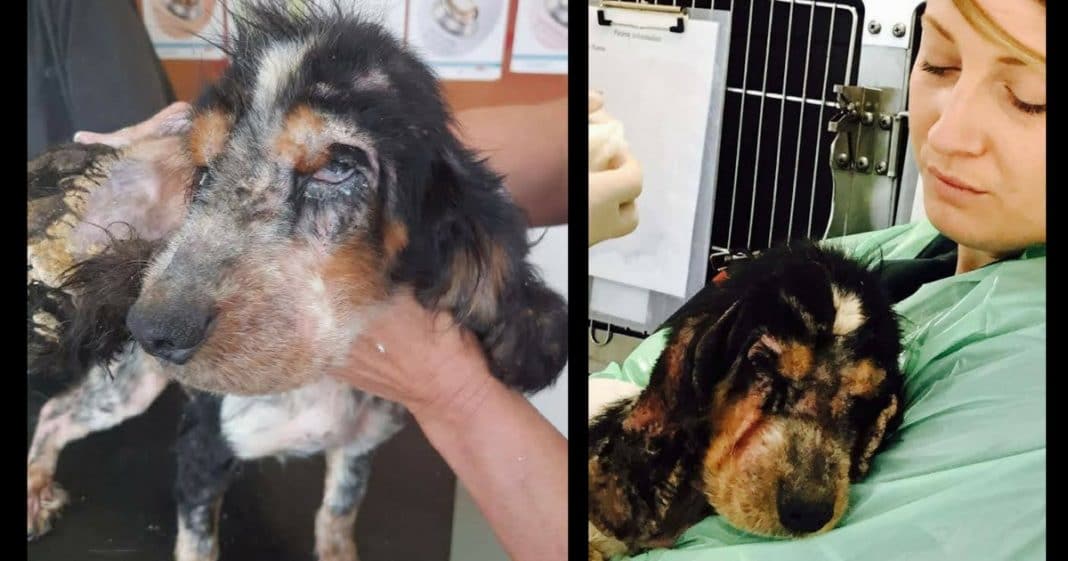 It’s hard for us to imagine how anyone could be so cruel and uncompassionate toward an animal, especially a sweet little dog like Wanda.

Wanda had recently given birth when her cruel owner, for reasons yet unknown, decided she didn’t want her and threw her over her fence.

Thankfully, Wanda was found and rescued the next day by Ravenswood Pet Rescue, but when they picked her up she was in such bad shape that they didn’t know if she would make it. She had sarcoptic mange, ulcers and entropion in both of her eyes, and hematomas in both ears.

She was in such bad condition that one of her rescuers, Shelley, admitted to crying all the way to the vet.

Shelley knew that Wanda’s medical care would be expensive, so she set up a GoFundMe page to raise money to ensure Wanda’s survival. She set her goal at £3,000, but so many people were touched by Wanda’s story that, as of this writing, she has raised more than £8,000!

Wanda’s body was bandaged and she was put on an IV drip for three days. In just that short amount of time, her spirits lifted and she began to show signs of hope. Her tail even began to wag as she realized that she was finally in a place where she was safe and loved.

The sweet dog had to spend four weeks in isolation while her mange was being treated and she needed daily medication for all of her different maladies, but after three months in intensive care, she finally began to look like her old self and her personality began to return.

Thankfully, a wonderful foster family fell in love with Wanda and took her home. For the rest of her life, she can rest easy knowing that she will only be shown love and affection.

Our hearts break that Wanda ever had to experience something so tragic and horrible, but we are so grateful that she has been rescued and is now being shown the love she deserves!

Were you amazed to see Wanda’s transformation once she was shown some love and care? So share this!