Monkey Adopts Stray Puppy As Her Own. What She Does When Other Dog Attacks? I’m Speechless 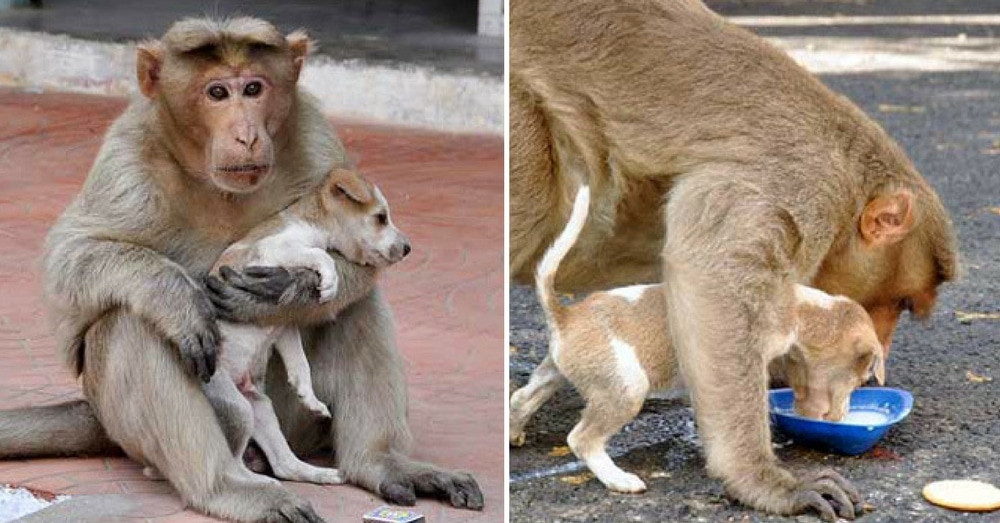 If you’re a lover of animals like me, you’ve probably witnessed or heard about some unusual animal friendships before. Well let me tell you that this particular animal friendship is something I’ve never seen before.

There lives a rhesus macaque monkey in the city of Erode, India. He looks like any other monkey, except about one special thing. This monkey seems to have adopted a puppy.

Erode city locals were at a loss for words when they saw this monkey defend his adopted puppy from stray dogs that were trying to attack him. When the locals decided to give the monkey and puppy food, the locals were stunned yet again when they witnessed the monkey let the puppy eat first.

“People who have seen them spoke of their strong mutual affection and described their bond as the most caring thing in the world — to take care of a puppy in danger and protect him like a parent. Their undying affection gives us a valuable lesson about relationships.” 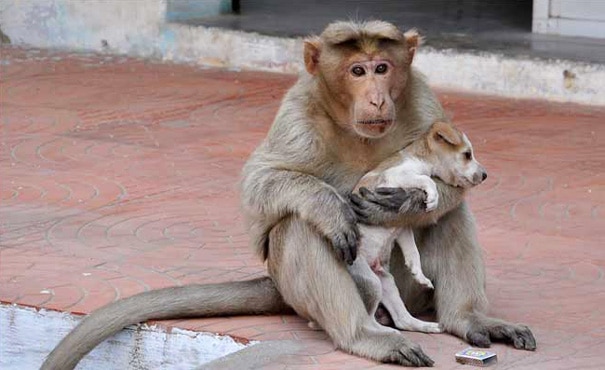 This rhesus monkey adopted this puppy. 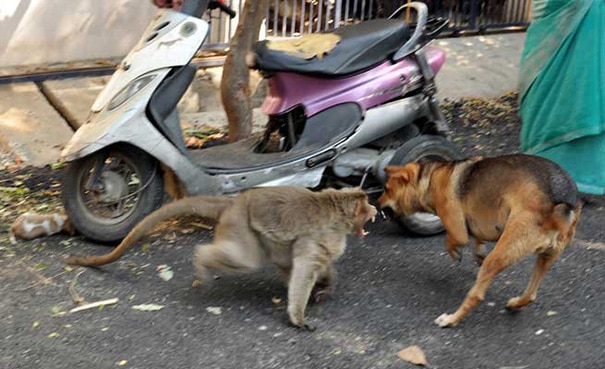 And protected the little puppy from stray dogs. 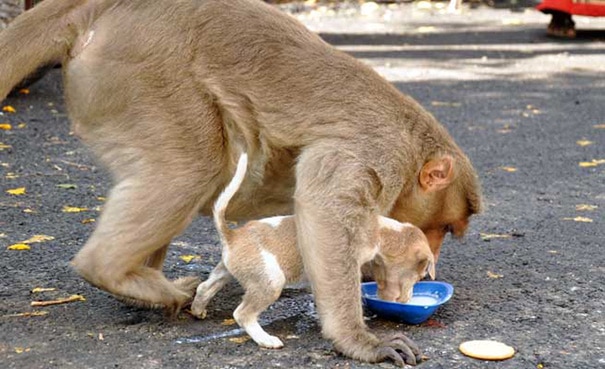 The monkey even lets the puppy eat first! 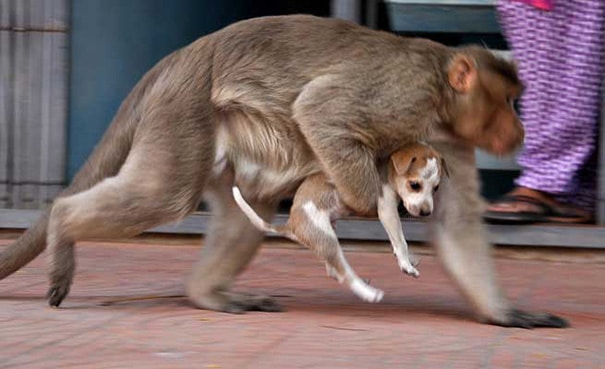 As you can tell, the bond between them is special.