Moments Before Dying In School Shooting, Student Gave Life-Saving Advice To Best Friend Beside Her 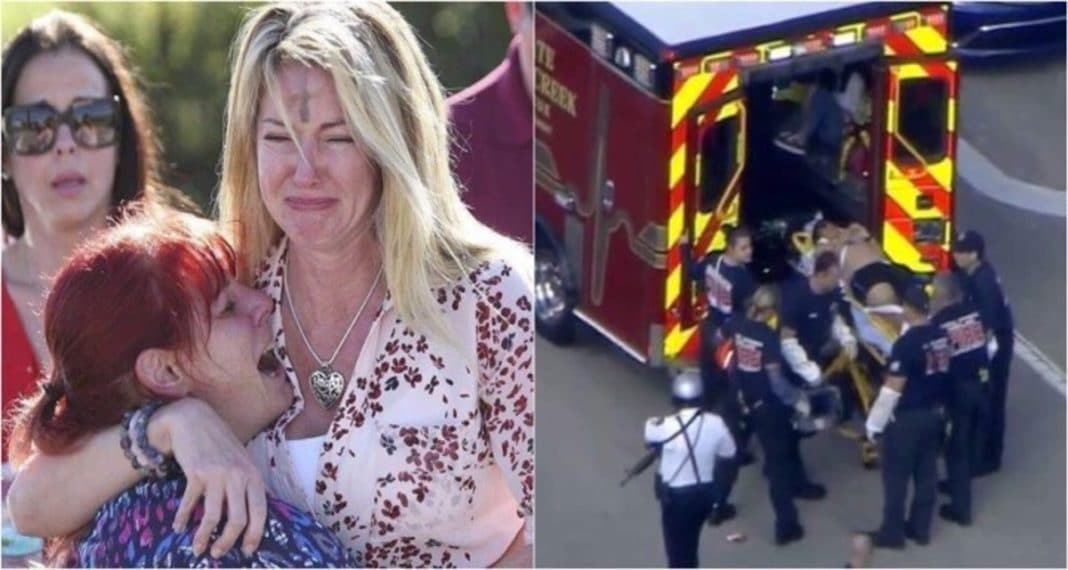 Imagine sitting in a classroom working on an assignment. You suddenly hear gunshots. Icy fear and adrenaline race through your blood. On autopilot, you dive for cover. Junior high school student, Samantha Grady doesn’t need to wonder what being in that situation is like. She’s experienced this horrible event first hand.

She was wounded in the Parkland, Florida mass shooting. 17 people lost their lives when former student 19-year-old Nikolas Cruz set off the school’s fire alarm. As students dashed outside, he fired several shots. Then, as they fled indoors, he followed continuing to shoot. Cruz was expelled for disciplinary issues last year. He’s been charged with 17 counts of premeditative murder.

When Samantha and her friend heard the gunshots coming from the hallway, they took action. The young woman believes a book saved her life: “We all kind of huddled there together,” she said. “We all clamped really close, tightly together.”

Cruz shot through the closed and locked classroom door. Samantha’s friend told her to grab a book to help shield herself: “We were already situated by the bookshelf. She was like, ‘Grab a book, grab a book,’ and so I took a book. It was a tiny book, but I took a book, and I held it up. I believe, maybe, the book kind of deterred some of the bullets, so it didn’t hit me so badly,” she said. “She was the one who gave me the idea. She definitely helped me a lot.”

Samantha’s friend hasn’t been identified. She was one of the fatalities of the shooting: “She didn’t make it,” Samantha said through tears.

It’s heart aching to lose your best friend in the world. Samantha’s friend possibly saved her life. That probably doesn’t bring much happiness to Samantha’s heart. Her friend won’t ever be forgotten for what she did for her best friend. That, I know is a sure thing.