Mom Walks In To Find Cow In House. Her 5-Year-Old’s Explanation? Hilarious! 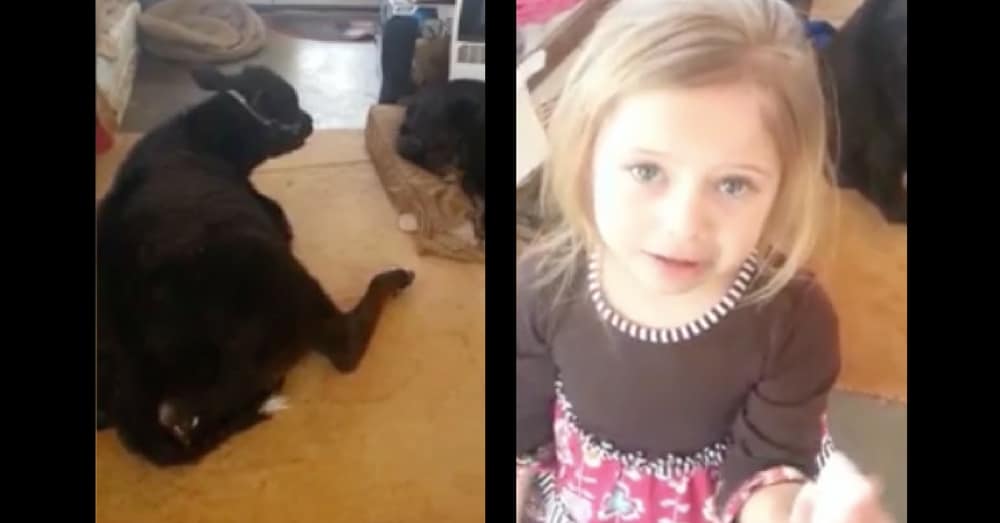 Kids say – and do – the darnedest things, as one Pennsylvania mother recently discovered (though we’re going to venture a guess and say this isn’t the first time her precocious young daughter has pulled something like this).

Mom Billie Jo walked onto the family’s closed-in porch one day to discover their family’s rescued calf, Izzy, lying quite happily in the middle of the floor. Knowing the little cow didn’t get in there by herself, Billie Jo asked her 5-year-old daughter, Breanna, what had happened.

At first Breanna started telling her mom a story about how the door had been open and she had been looking the other way and Izzy had just walked in, but her mom wasn’t about to have the wool pulled over her eyes!

“You’re telling a fib,” Billie Jo said. “Now do you want to tell the truth about it?”

As Breanna attempted to explain, though, she cuddled up next to the calf, who in turn put her head on Breanna’s lap and promptly fell asleep.

As annoyed as Billie Jo was with Breanna’s fibbing and having a calf in the house, she couldn’t help but melt at seeing the special bond between her daughter and Izzy.

The family rescued Izzy when they found the calf freezing and drowning in a swamp. It’s clear that she is grateful to the family who saved her life and already has a strong bond with little Breanna.

Did you find this video as cute and hilarious as we did? So share this!