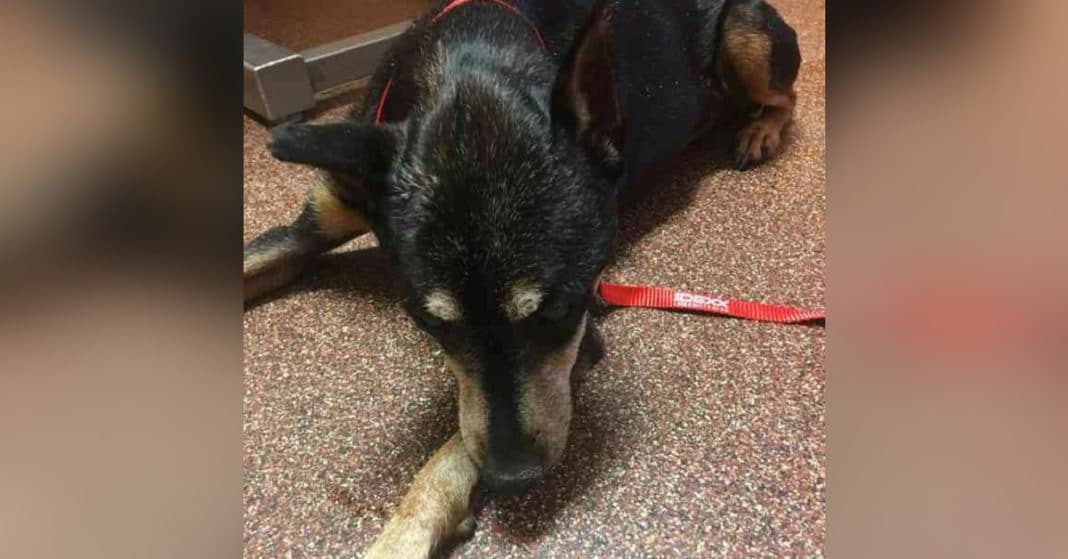 Saying goodbye to a family pet is never an easy matter, but having to do so twice? That’s unthinkable and heartless. Unfortunately, for one heartbroken family in New Jersey, that’s exactly what happened.

Keri Levy made a visit to her veterinarian because she had concerns about Ceasar, her family’s beloved 15-year-old miniature pinscher. She was given the devastating and terrible news that she would have to put him down due to a chronic health condition called Cushing’s disease, an endocrine disorder.

Ceasar had been ill for some time, but that didn’t make the diagnosis any easier to handle. Trusting Dr. George Menez’ judgment and professional opinion, Levy reluctantly agreed to do what was best for her sweet boy.

Levy bid a final, heart-wrenching farewell to her dog before leaving him in the capable hands of the folks at Briarwood Veterinary Hospital in Howell, New Jersey. Later that evening, she received a call informing her that Ceasar was at peace and no longer suffering. She was also instructed to come by to retrieve his collar.

Fast forward five months and Levy received an anonymous tip that a former employee of the vet hospital had her dog.

“Awful, just awful,” Levy said of the first days after hearing the shocking news. “Imagine having to tell a 9-year-old and a 10-year-old this. My 9-year-old was like, ‘When can I see him?’”

Levy contacted the Howell Police Department. The Monmouth County Society for the Prevention of Cruelty to Animals is also investigating the incident.

In a statement, the police said the former pet hospital employee had explained their actions by saying they “wanted to do so out of compassion for the dog and a desire to rehabilitate his health, albeit without the owner’s consent.”

Levy still wasn’t satisfied. She returned to Briarwood Veterinary Hospital for more answers where she spoke with the veterinarian in charge, Dr. Maureen Kubisz. The excellent doctor helped Levy figure out what really happened to Ceasar after she left him.

“Dr. Kubisz was like an angel to me,” said Levy. “She got me through the day.”

Dr. Menez was fired from Briarwood. Levy got the opportunity to speak with him and Menez admitted Ceasar hadn’t been put down as he had recommended. Her dog was now living with a former employee.

Levy contacted the woman who immediately surrendered Ceasar to her. Sadly, Levy’s elation at seeing her sweet pet didn’t last. To her shock, this woman’s so-called compassion for her dog didn’t exist. Ceasar was in worse condition than before. He had lost ten pounds and hadn’t received any medical care.

Levy and her mother took Ceasar to another vet for yet another opinion. They learned Menez’ diagnosis had been the right one.

Levy spent about an hour saying goodbye to Ceasar. She then allowed him to find everlasting peace as he was euthanized.

How could someone be so callous and cruel as to lie about the fate of an animal? It’s hard enough to choose to put a pet down, but to not have an owner’s wishes followed is irreprehensible.

Levy and her family suffered undue grief and heartache. I’m glad the two employees were fired from that animal hospital. Pet parents need to have reliable and trusting professionals to turn to when something goes wrong with their furry friends.

Were you as shocked by the vet technician’s heatless actions as we were? So share this!