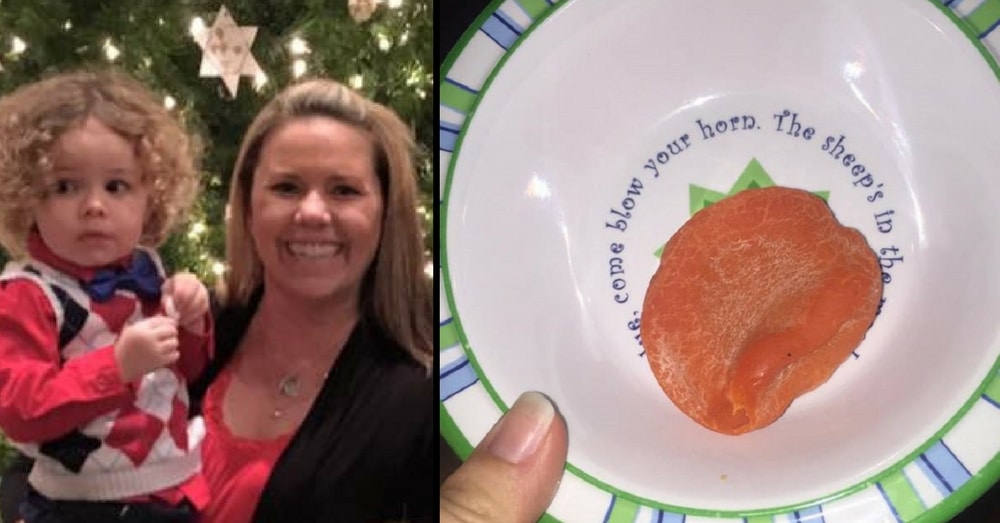 As any mom of young kids knows, a moment to yourself is a rarity and something to be cherished.

When mom Ashford Evans came home to an empty house she decided to make the most of it, and her day got even better when she found a new fancy soap in her bathroom that smelled amazing and filled her with joy.

Unfortunately, all of that came crashing down when her son got home and told her what that “soap” really was…

IJR has the story:

Ashford Evans was excited when she found a sweet smelling piece of fancy soap in the bathroom. Given how messy children usually are, the Southern mom can’t be blamed for enjoying the moment.

Unfortunately, that’s also why Ashford should have been more suspicious about the soap’s origins. Especially when she didn’t remember buying it. 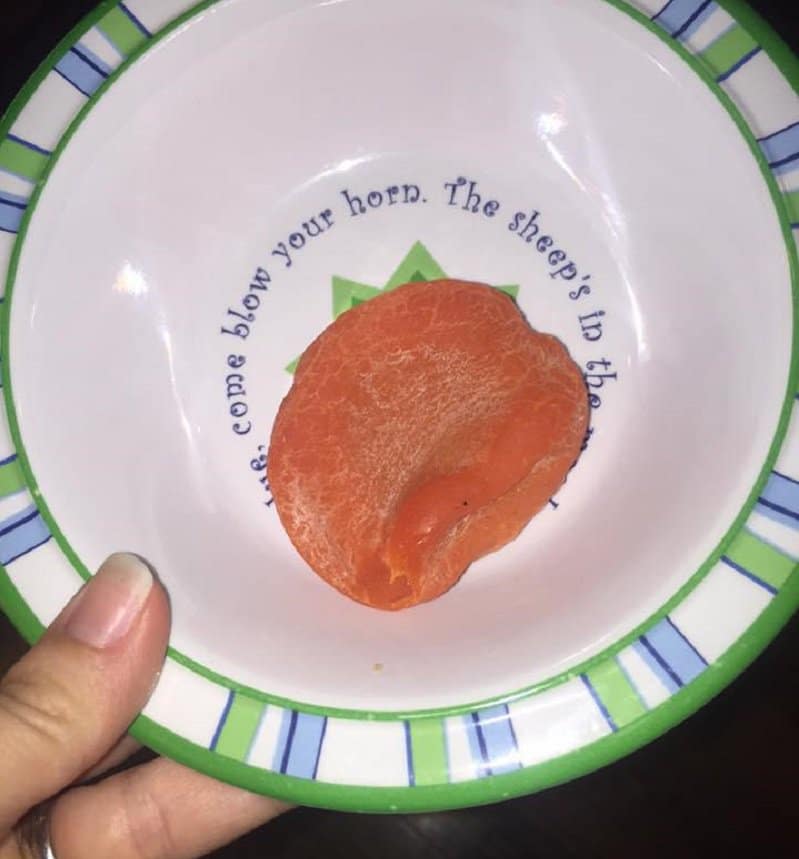 According to Babble, after going on a business trip, Ashford came home to a wonderfully quiet house and the fragrance of citrus. The mother of three, who blogs on Biscuits and Crazy, was enjoying the silence of the temporarily empty house when she looked in on the bathroom. She writes that she was pleased, if surprised, to find it freshly cleaned:

“It” in this case, was a shriveled lump of old soap that was also the source of the nice, clean smell:

“One of the children’s cereal bowls was sitting on the shelf with what seemed to be an old bar of soap sitting in it. I didn’t remember buying grapefruit scented soap but it could’ve been from years ago. They have a tendency to dig up things long forgotten and put them on display for me.”

Despite its unattractive appearance, the soap still smelled wonderful:

“I picked it up and held it to my nose breathing the scent in. The smell of fresh grapefruit in a perfectly silent house is just short of heaven, I believe.”

She admits that she still couldn’t quite place where she had originally bought the soap, or where it could have been hiding all that time. But she didn’t let it worry her too much. In fact, Ashford found herself taking an extra whiff or two every time she visited the bathroom that evening. 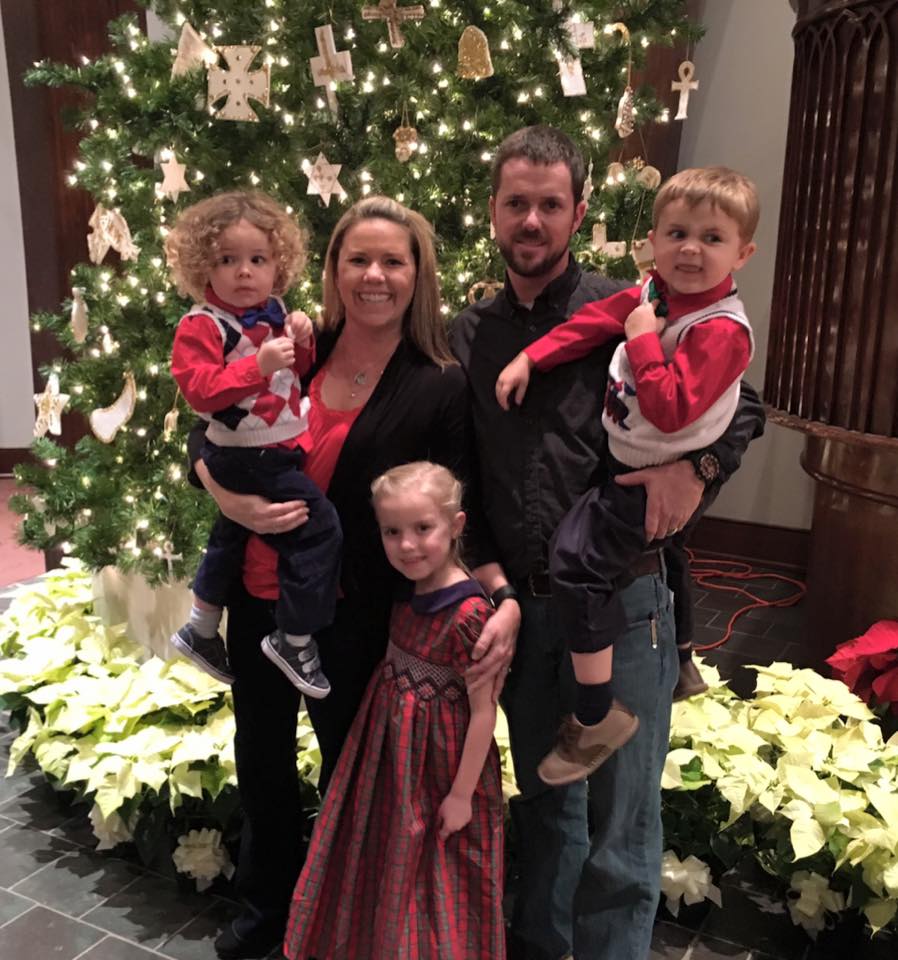 “Throughout the night I returned several times to inhale it’s [sic] tropical scent. In between making dinner and washing my face. I never bothered to wash my hands after fondling it because it was, after all, just soap.”

The next morning, back on mom duty, Ashford finally had the chance to solve the mystery. As her daughter pressed the lump of soap to her face and talked about how much she loved the smell, Ashford agreed and asked where it had come from.

Her daughter’s reply stopped her in her tracks:

“Meeny found it in the boys bathroom at Tae Kwon Do and brought it home,’ she happily replied.”

That’s when Ashford realized that she hadn’t been enjoying the luxurious scents of an expensive spa after all:

“And that’s when it hit me. It wasn’t some upscale boutique $15 soap I had been caressing for the last 12 hours. It was a urinal cake. … A URINAL CAKE!!!! A urinal cake from the public gym I take my 5 year old for Tae Kwon Do three times a week. A urinal cake that has been peed on by at least 1000 strange little boys that I just held against my cheek!!!!!”

Ashford had thought her children had found a high-end milled soap. Instead, they had grabbed the worn-down disc that businesses place in the drain of public urinals to help deodorize and disinfect them. 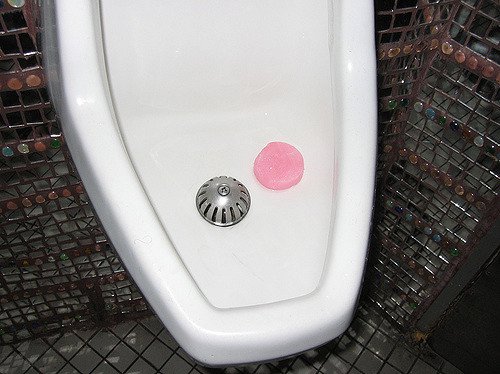 Her reaction was much like any mother’s under the circumstances:

“I screamed and jerked it from her hands flinging it into the trashcan.

‘WASH YOUR HANDS, YOUR FACE, OH GOD WASH EVERYTHING!!!!!!’ I screamed back.

And everything went black.”

That wasn’t even the worst part. After realizing how funny the situation was, she decided to post about it on her blog. When her husband learned the origin of the bathroom “soap,” he was even more horrified. She tells Babble:

“When he answered the phone he was making gagging sounds. I asked him what was wrong and he said ‘I just saw your Facebook post. I had no idea what that thing was. I thought it was a piece of dried fruit: I almost tasted it. WHAT IF I HAD TASTED IT?’”

Then there was the realization that Tae Kwon Do class was on Wednesday, meaning that the urinal cake had been in their house for three days, infecting everyone and everything with its ickiness all the while.

Ashford decided to make peace with the situation and the funny, but gross trials of motherhood. She writes:

“Clearly our options were 1. Burn the house to the ground or 2. Pretend like it never happened and drink a bottle of wine [or two].”