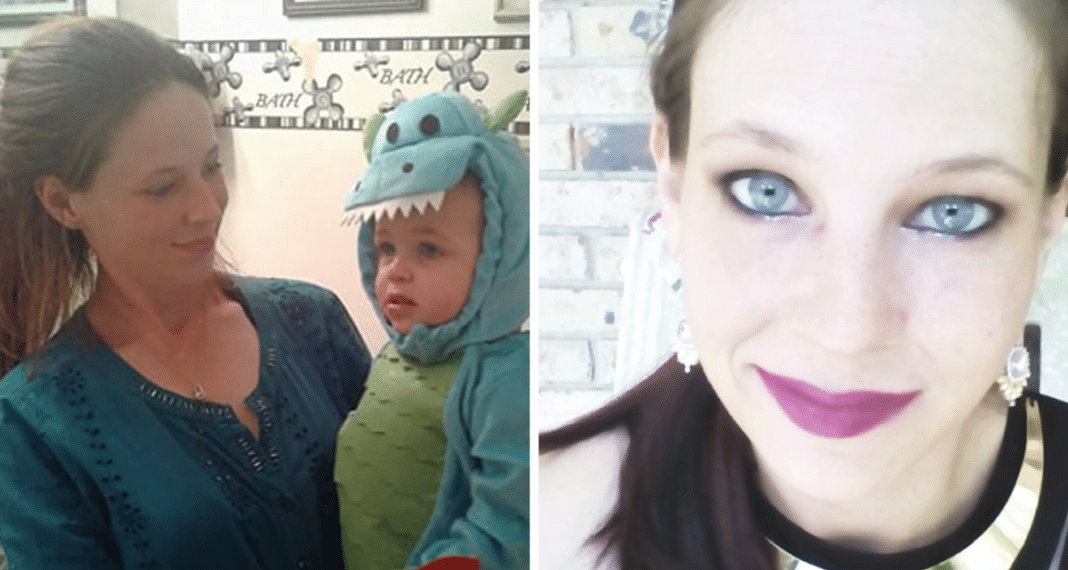 Crystal Gail Amerson, 29, ate Chinese food on Saturday evening for dinner; the next morning she felt unwell. She was suffering the effects of what she thought was food poisoning. Little did she know, there was a surprise in store for Crystal, her fiance, Brian Westerfield and their 18-month-old son, Wyatt.

“I had eaten General Tso’s chicken the night before, and although there was nothing whatsoever wrong with the food, at that point food poisoning was my only guess on what could possibly be going on,” Amerson, of Pensacola, Florida, tells PEOPLE.

On March 25th, severe stomach cramps sent Crystal to and from the bathroom. The pain worsened as the morning went on. “The pain intensified quickly,  and I went from guessing food poisoning was the culprit to being concerned that it was something much worse.”

She struggled to figure out what was wrong with her; as her pains intensified, Crystal had Brian call paramedics. While the EMTs were loading her into the ambulance, Crystal realized her stomach pains weren’t cramps from food poisoning, but contractions. She was in labor!

“The pain came in waves and were excruciating. But as the seconds ticked by and the pain was more intense and more frequent, the EMT attending me and myself pieced together what was happening,”  Amerson, who works at a retirement home for Alzheimer’s and dementia patients, recalls. “It was scary. I was sure I was dying, it was literally the most terrifying and painful ride of my life.”

Within moments of realizing she was pregnant and in labor, Crystal delivered her son, Oliver James right there in the ambulance. He weighed 5.27 pounds and was born just after 7:30 in the morning.

“They put him in my arms to hold until we reached the hospital,” Amerson said.

Doctors estimated Crystal gave birth at 37 weeks. Looking back over the past eight months, in hindsight, she did experience signs of pregnancy. But due to her busy schedule and raising her son, she didn’t notice them. “I only gained about ten or fifteen pounds maybe throughout what we now know was my pregnancy. No morning sickness, no huge round belly,” she explains. “I worked full time, chased after my  18-month-old son all night. I had no time to stop and realize that I was pregnant, especially since I didn’t experience typical symptoms.”

She adds: “I’d say I have looked into having constant back pain as a symptom but my back  always hurt so I thought nothing of it.”

Since the surprise arrival of her son, everyone is adjusting well, including little Oliver. “He’s making progress, sleeping well, eating well, smiling when he decides to stay awake long enough to interact with friends and family,” she says. “Mommy and daddy are doing okay, too, but  we’re definitely due for a home cooked meal and a good night’s sleep!”